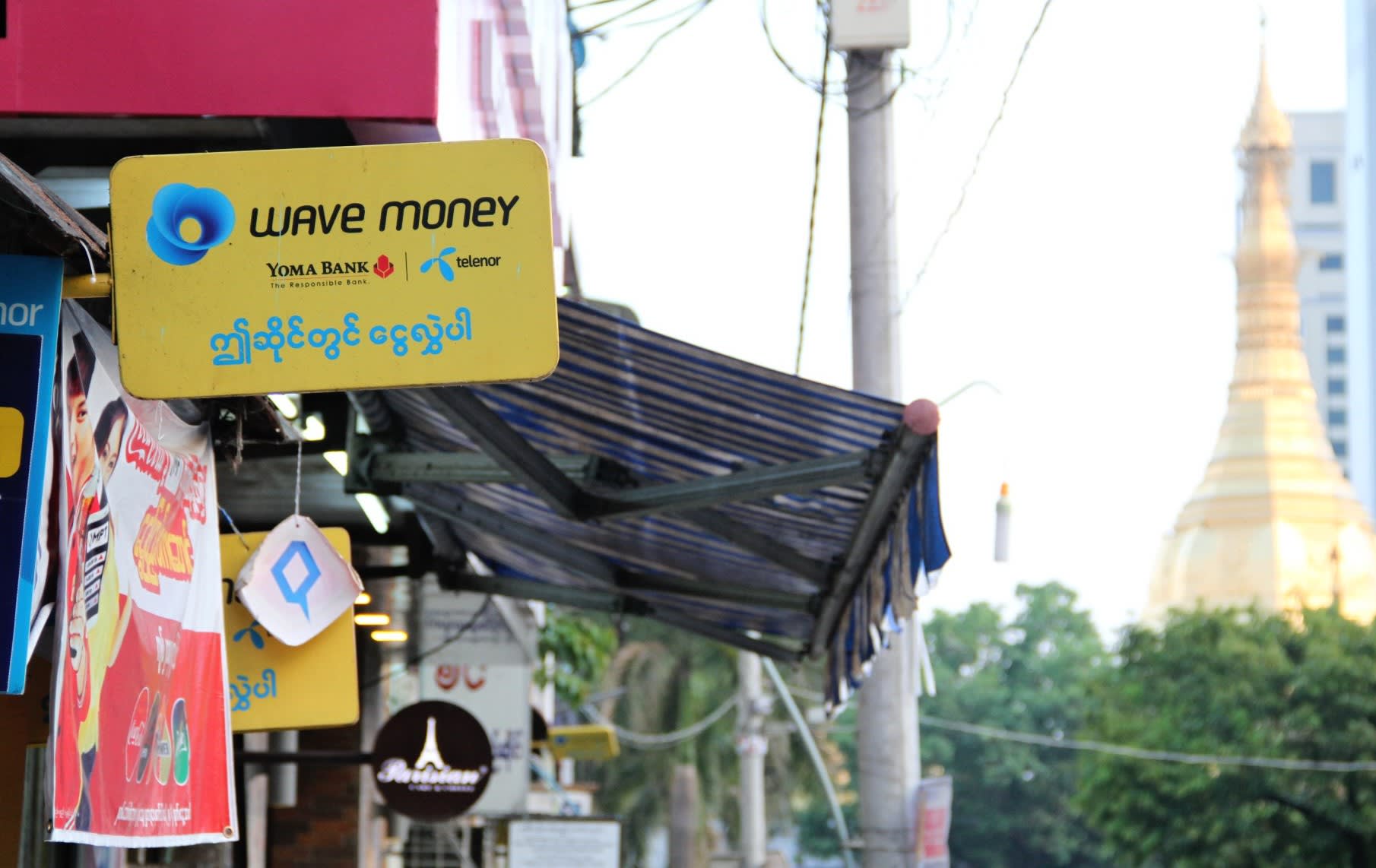 YANGON -- For a population used to carrying wads of cash stuffed in pockets, purses and wallets, mobile money has the potential in Myanmar to dislodge paper as the main means to make payments and remittances.

Mobile money is a fintech service that enables money to be deposited and withdrawn using apps downloaded to mobile phones. Cash equivalents can be sent from a user's account to another person or business, and operators receive fees depending on the amount transferred. Young migrant workers throughout the country use mobile money to make remittances to families back home. In Myanmar, only 20% of the population has a bank account. Thus, unbanked people often just carry stacks of cash when returning home.

Mobile phone operators see an opening. They already have sales networks across the country and are now tapping into the mobile money market, which previously was led by startups.

Qatar's Ooredoo, one of Myanmar's three major mobile phone operators, is teaming up with Myanmar's Co-operative Bank in a business called M-Pitesan. Pitesan means money in Burmese. The company plans to launch the service as soon as it obtains approval from the central bank.

Myanma Posts and Telecommunications, which partners with Japan's KDDI and Sumitomo Corp., a telecommunications company and a trading house, respectively, is in talks with major local banks to enter the market. An MPT representative said the company expects to launch its service later this year.

Last October, Norway's Telenor Group launched a mobile payment service called Wave Money with First Myanmar Investment and Yoma Bank. The company said some 250,000 people have used its service in the first six months and plans to make it available for shopping at stores later this year.

2016 saw local companies and startups get a jump on providing mobile money services ahead of their much larger peers.

OK Dollar, which launched last year, is known for its flashy advertising. The service, which is operated by Super Group, a logistics and hotel conglomerate in Myanmar, already has more than 100,000 users.

"I use it to transfer money to my parents, who are living in the Ayeyarwaddy region," said Sandar, a 28-year-old employee at a supermarket. "It is convenient for me. My parents have no bank account, so I cannot transfer money that way."

OK Dollar can be used at restaurants, supermarkets and hotels, as well as at travel agencies and wedding reception venues that usually require large payments.

Other mobile payment services in Myanmar include MyPay, Ongo and 1-Stop. Myanmar could be the next country to make a quick jump away from cash and into e-commerce.

However, some analysts are concerned about the presence of too many operators in the business, fearing reliability could take a hit. Last April, the central bank announced regulations for mobile money stipulating minimum capital requirements and registration procedures to make services safer.