Companies under pressure to rein in working hours while boosting productivity 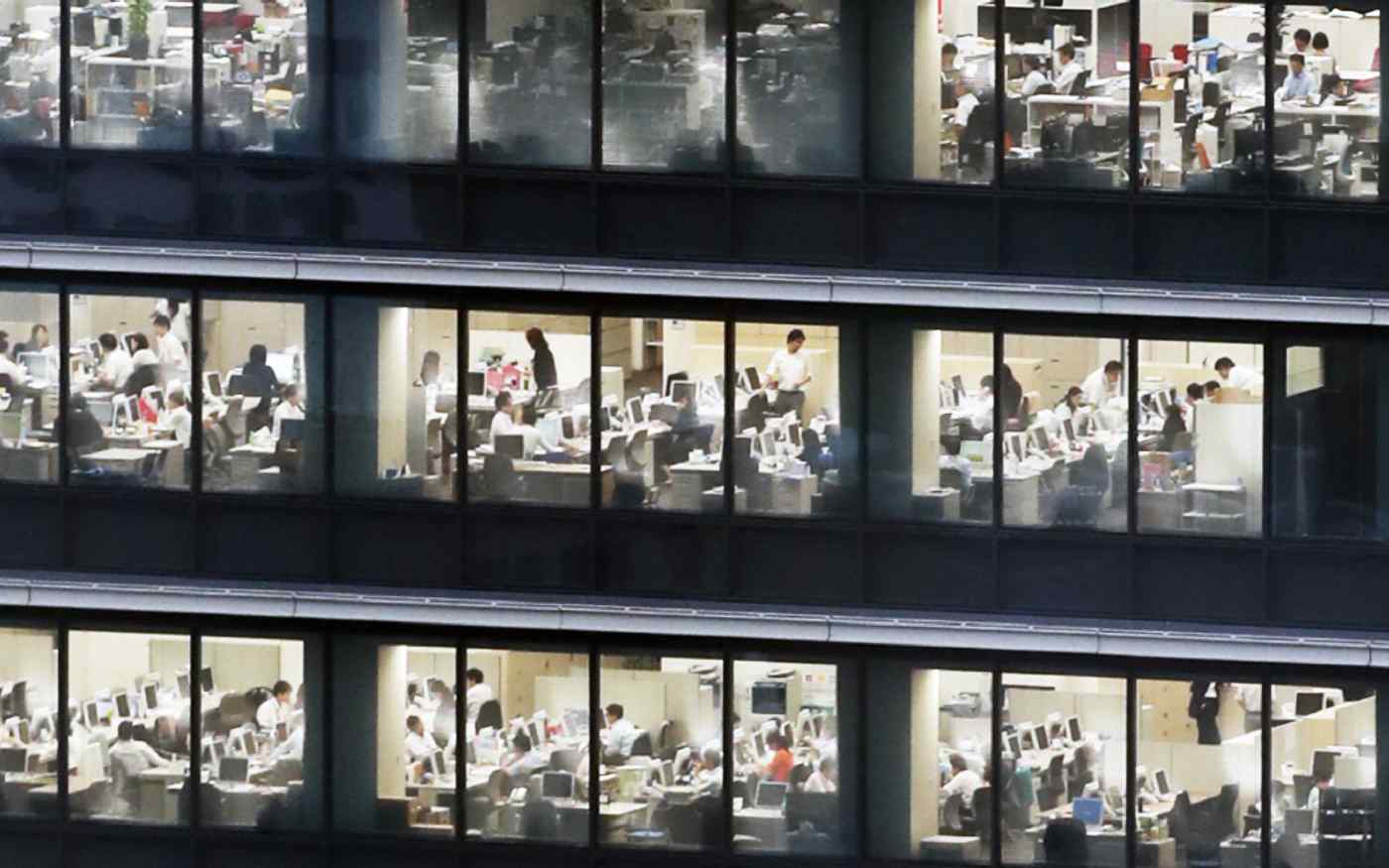 TOKYO -- Japan's notorious culture of long working hours may finally be changing. Business and labor leaders have reached an accord on an unbreakable annual overtime limit of 720 hours. It is now up to the corporate sector to figure out ways to overcome any resulting constraints on workplace productivity.

However, bereaved family members of people who have died from overwork -- known in Japan as "karoshi" -- are strongly opposed to the compromise. Experts are also demanding much tougher measures to lessen the deep-rooted culture of overtime.

The Labor Standards Act prescribes 40-hour workweeks at a maximum of eight hours per day. Overtime is allowed if management and labor sign agreements under Article 36 of the law. 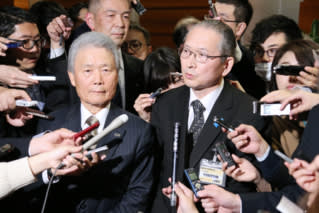 As a rule, overtime is limited to 45 hours per month, up to 360 hours a year, according to a notification from the Ministry of Health, Labor and Welfare. But if both sides wish to work extra hours, they need to attach special provisions to overtime agreements. Those provisions essentially do away with overtime ceilings.

The government has been looking to modify the rules, citing current practices as the breeding ground for long work hours. Hard overtime caps have gained support as way to combat overwork.

Business and labor have agreed to maintain 45 hours as the general monthly overtime limit. If needed, the ceiling can be raised up to 720 hours for the year.

Within that boundary, personnel can work an average of 80 hours a month during a busy period spanning two to six months. Companies can authorize up to 100 hours for one of those months. But overtime can exceed 45 hours for only six months of a year.

The maximums are based on the standards the government uses to recognize karoshi. The risk of brain and heart disease symptoms increases if someone works in excess of 100 hours a month, more than an average of 80 hours during a period lasting two to six months.

Rikio Kozu, president of the Japanese Trade Union Confederation, or Rengo, has warned business leaders against sending the wrong message that it is permissible to work up to 100 overtime hours. The unions fear that companies will try to push employees to work all the way up to that point.

Both sides eventually agreed that companies should endeavor to avoid 100 overtime hours in a month, even if the special peak time provision allows that cap.

Meanwhile, the government is preparing to crack down even harder on companies that do not comply. Fines and imprisonment are being considered if even a single employee puts in work hours above the legal limit.

But for now, violators face what amounts to public shaming. The labor ministry is reducing the monthly threshold for publishing the names of offending companies from 100 hours to 80. "Releasing company names and such is effective against large corporations that are conscious of their public image," said a senior ministry official.

Labor lawyer Ichiro Natsume welcomed the tighter regulations with penalties. But he believes much more needs to be done, calling the overtime cap "merely a first step in curbing the long working hours."

The regulation "does not mean that 100 hours of overtime will be tolerated. Future labor negotiations will be needed to lower this even further," Natsume said.

After it came to light that a young Dentsu employee had killed herself in 2015 due to overwork, Japanese companies have been exploring ways to cut down on excessive hours. Zensho Holdings, which operates the beef bowl chain Sukiya, is mandating that personnel maintain 11-hour windows between adjacent work periods. The company will roll out that guideline at some locations this year, aiming to implement it throughout the entire group by fiscal 2019.

Nidec, a poster child for long working hours, is spending 100 billion yen ($871 million) by 2020 toward the goal of having its roughly 10,000 domestic employees work zero overtime that year. The electric motor maker is installing supercomputers and operational efficiency software to optimize the working environment.

Other companies are limiting the number of hours workers can stay on the job. Unicharm has prohibited work after 10 p.m., except in special cases. KFC Holdings Japan also banned overtime past 8 p.m. as a general rule for headquarters and branch staff.

Businesses stand to suffer, however, from less flexibility to determine overtime hours. The new limits may also undermine workers' freedom. The corporate community has called for white-collar exemptions to overtime that tie salaries to results. The government submitted those legislative proposals about two years go, but they have gone nowhere.