With prices dropping 20%, razor-thin margins threaten even the fittest 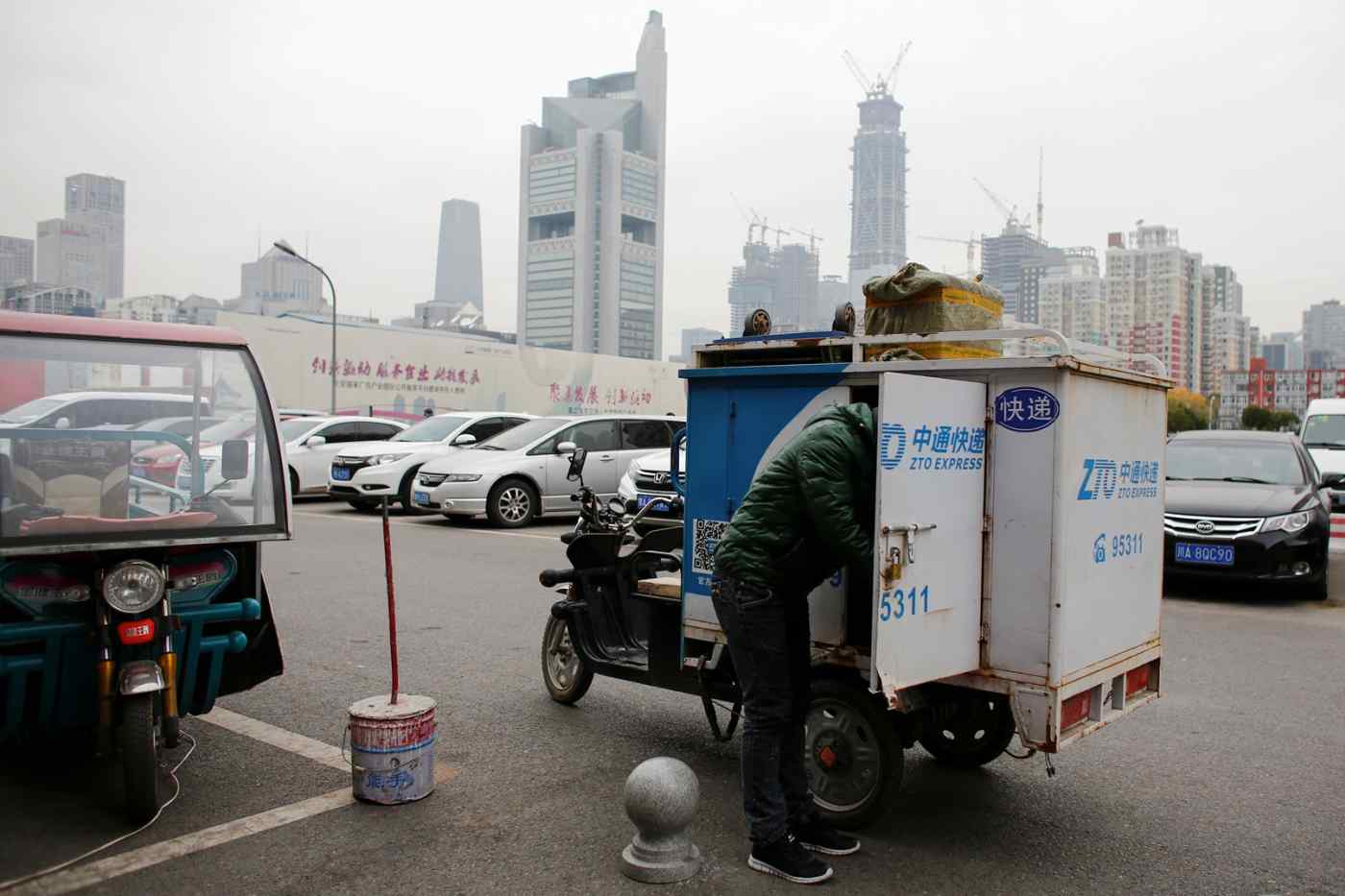 A man unloads packages from a ZTO Express vehicle in Beijing. The company is one of many in China's parcel delivery industry that is struggling to boost profits.   © Reuters
WATARU KODAKA, Nikkei staff writerSeptember 24, 2017 10:00 JST | China
CopyCopied

SHANGHAI -- As e-commerce explodes in China, a fierce price war has broken out among parcel delivery companies, stripping away profit margins and threatening a major industry shakeout.

The more consumers prefer to shop online, the higher the demand for home delivery and instant gratification. But even while demand soars -- delivery companies now handle more than 30 billion parcels annually -- the average unit price per delivery has fallen around 20% in the past two years.

Faced with razor-thin profit margins, some companies are trying to stay afloat by differentiating services. SF Express, the nation's largest delivery services company, is trying to stay above the fray by improving service quality.

Like many other regions of the world, the rapid expansion of e-commerce in China is placing a huge strain on the parcel delivery industry.

In 2016, 31.3 billion parcels were delivered, up 51% from the previous year, according to ibaogao.com, a Chinese research firm. This represents a six-fold jump in just four years, attributed directly to the rise of online shopping sites operated by giants such as Alibaba Group Holding and JD.com, which have consumers flocking with wallets wide open.

And there is no sign of a slowdown in home deliveries. The first half of this year saw some 17.4 billion parcels shipped, up 31% from the same period last year. Total revenue for the industry also surged, up 28% to 220 billion yuan ($33.3 billion).

But as delivery companies chase rising revenues, they are slashing prices, with the average price per unit down by some 20% from slightly less than 15 yuan in the first quarter of 2015 to 12 yuan in the second quarter of 2017.

This, coupled with rising labor costs, is squeezing profit margins.

The industry's earnings picture has deteriorated markedly from 2016, when most delivery companies saw their net profits double. Even though net profits grew between 20% and 70% in the first half of this year, profit margins sagged.

Market leader SF Express reported that sales during the first half of 2017 grew 23% from a year earlier to 32.2 billion yuan, while net profit increased by a modest 7% to 1.9 billion yuan. And as operating costs, including wages, rose nearly 30%, the company's operating profit margin fell to 7.9% from 8.7% a year earlier.

Other delivery service providers, notably ZTO Express and STO Express, are in a similar bind as they struggle to boost profits.

Clearly, the party is over for delivery companies, which must now rethink strategies to fend off rivals.

ZTO does not have its own distribution network, relying on smaller and one-person couriers under a franchise system. In contrast, SF handles all logistics, from receiving and shipping to doorstep delivery via its own army of employees and countrywide network.

This business model is costlier than franchise systems, but it does give the company improved quality control. SF charges more, but guarantees a better customer experience -- a strategy that is proving successful, as evidenced by their growing customer base.

In China, the quality of delivery services is spotty at best, with users often complaining of missing or broken parcels. SF's approach seems to be winning over online shoppers fed up with the sloppy state of affairs and looking for companies to deliver real change.