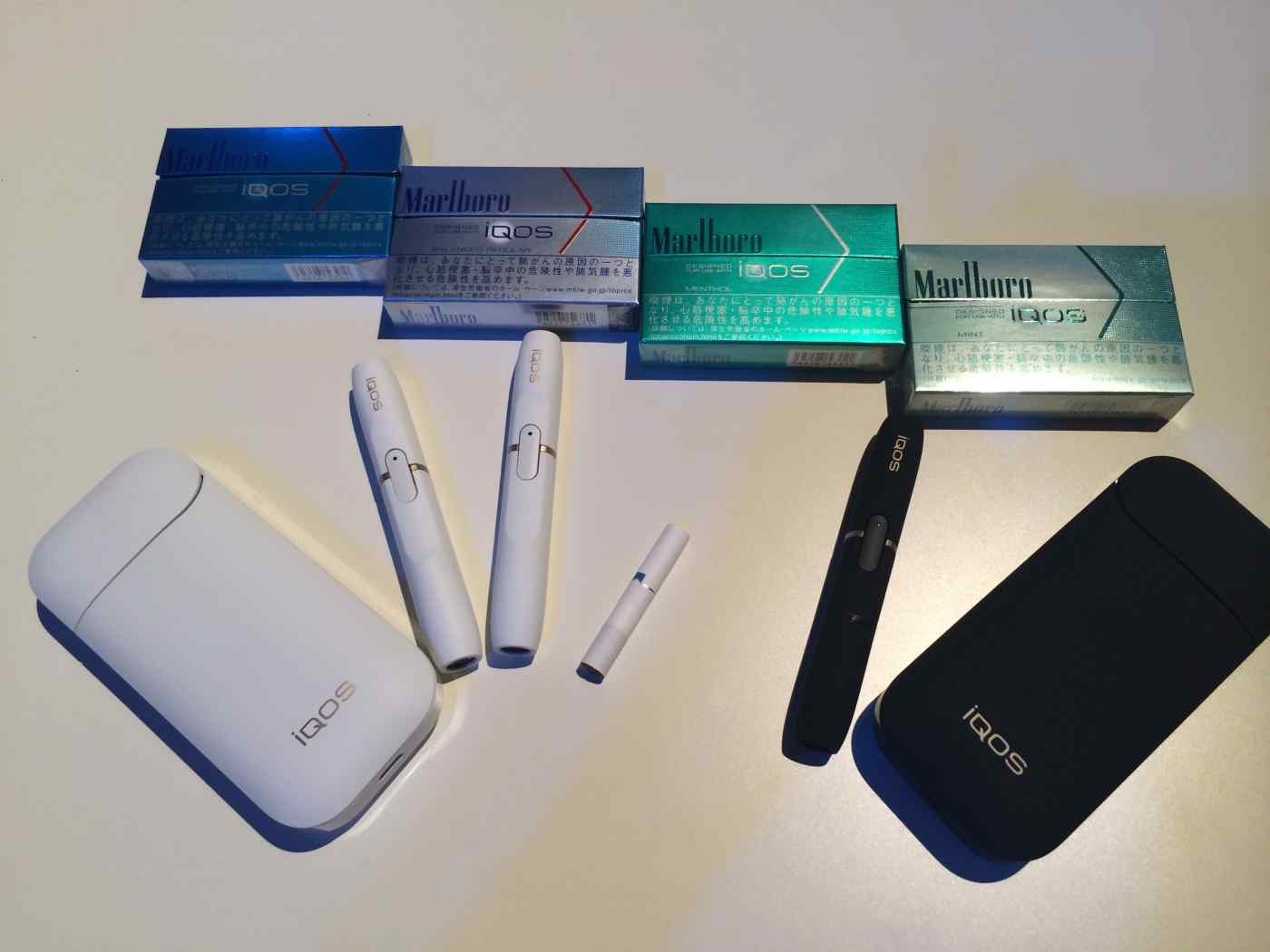 TOKYO -- It was like a scene from a gangster movie. The tall man slowly drew on his cigarette and replied in a low voice. "Am I optimistic? No, I am confident in our $2 billion investment." His sidekick looked on, a cigarette dangling from his mouth.

It wasn't a clandestine deal in a dark alley, but rather an interview. Laurent Boissart, president of Philip Morris Japan, and his press officer had no qualms about puffing on their product as they spoke in a glass-walled building in the heart of Tokyo. They were able to indulge in a smoke without being rude or breaking rules because their newest cigarette, the iQOS -- pronounced "eye-cos"-- doesn't give off any smoke or odor. The cigarette goes on sale in 12 Japanese cities Tuesday.

The iQOS -- which could stand for "I quit ordinary smoking," -- is designed to reduce the health risks of smoking. It works by warming up the tobacco in the cigarette with an electrical heating element instead of igniting it. The use of real tobacco differentiates this "heat not burn" technology from liquid-based electronic cigarettes.

Tomoko Iida, manager of scientific regulatory affairs at Philip Morris Japan, said that "90% of the toxicity is eliminated with the iQOS, compared with traditional cigarettes." Philip Morris says the cigarette nevertheless delivers an experience similar to what smokers are used to.

The first thing one notices about the iQOS is that it is heavier than a regular cigarette. It feels almost like holding a fountain pen. The product is not for people who want to puff away while typing at the computer.

The iQOS is composed of a holder and a tobacco stick called a Heatstick. The Heatstick, half the length of a regular smoke, is heated by a blade inside the holder. It takes 20 seconds to warm up enough to inhale. Taking a drag is easy on the throat because there is no actual smoke. The lack of volatile chemicals -- one of the main irritants from smoking -- makes the cigarette even smoother. Nor do iQOS users need to worry about burning a hole in their clothes or starting a fire. Laurent Boissart, president of Phillip Morris Japan, holds a iQOS cigarette at a press conference held in Tokyo in August.

The iQOS might be a bit strong for people who smoke light cigarettes because the nicotine content is fixed. Chain smokers might be put off by the limited battery life. After six minutes or 14 drags, the battery dies. It takes another six minutes to recharge and light up again.

The sticks come in four flavors: regular, balanced regular, menthol and mint. A pack of 20 goes for 460 yen ($3.80), about the same as a regular pack of cigarettes.

The iQOS was first launched in Nagoya, in central Japan, followed by cities in Italy and Switzerland. The company chose Japan for the product launch not only because its 20 million smokers make it one of the world's largest tobacco markets but because Japanese are technophiles.

"Japanese consumers are quite interested in new products and innovation," Boissart said. "They are also extremely demanding not only when it comes to quality of products, but also [in terms of] customer service."

Philip Morris International put a team of 400 engineers, scientists and technicians to work in Switzerland developing the iQOS. Although the research has been intense, the company still cannot officially say the product is healthier than ordinary tobacco because the results have not been finalized. The initial findings are expected to be ready for publication by the end of the year.

This raises the question of why Philip Morris, a leader in an industry that has spent a century persuading people to light up, would devote such a large sum to an untried product.

Two trends are at work: technological improvements that make smokeless cigarettes more practical, and growing health concerns among consumers. According to the World Health Organization, about 6 million people die from tobacco use every year. That number is rising, as is awareness of the dangers of smoking.

Philip Morris says the iQOS project started roughly 10 years ago, around the time the WHO Framework Convention on Tobacco Control was ratified in 2005 in an effort to reduce the health risks from smoking. The treaty has been signed by 168 parties, including Japan, the U.S., and European countries. China, for one, has restricted tobacco advertising and the sale of cigarettes in vending machines.

Japan has long had looser restrictions on tobacco than other rich countries, but it is now pushing harder to develop a tobacco-control infrastructure ahead of the 2020 Tokyo Olympics. As the government clamps down on smoking -- by letting smokers light up only in designated areas, for example -- consumers are likely to become more sensitive to the health risks associated with tobacco. This could help Philip Morris build a market for the iQOS. One day it might become the company's flagship product.

Japan Tobacco, the country's largest producer of cigarettes also senses a new opportunity. The company launched its own smokeless cigarette, called the Ploom, earlier this year.

Health experts are cautious. "We can never predict how consumers will use these new products. What if they use them while smoking regular cigarettes, or combine them with other products? Those risks are not clear with limited research," said Yumiko Mochizuki, head of tobacco policy research at the National Cancer Center in Tokyo. "It is very possible that cigarette companies may try to reduce the harm of certain chemicals restricted by the [U.S. Food and Drug Administration] or other governments by adding different, harmful chemical substances," she said.

Consumers should be aware that the iQOS contains nicotine, so it will not help them quit smoking completely. "iQOS is actually hindering people from quitting cigarettes," said Hiroshi Yamato, a doctor and professor at the University of Occupational and Environmental Health who works with smokers who want to kick the habit. "After all, it is just a 'reduction' from a ridiculously harmful act."

But as the world becomes a less tobacco-friendly place, the iQOS could offer smokers a chance to indulge in their vice, even in public, and feel a little less guilty.