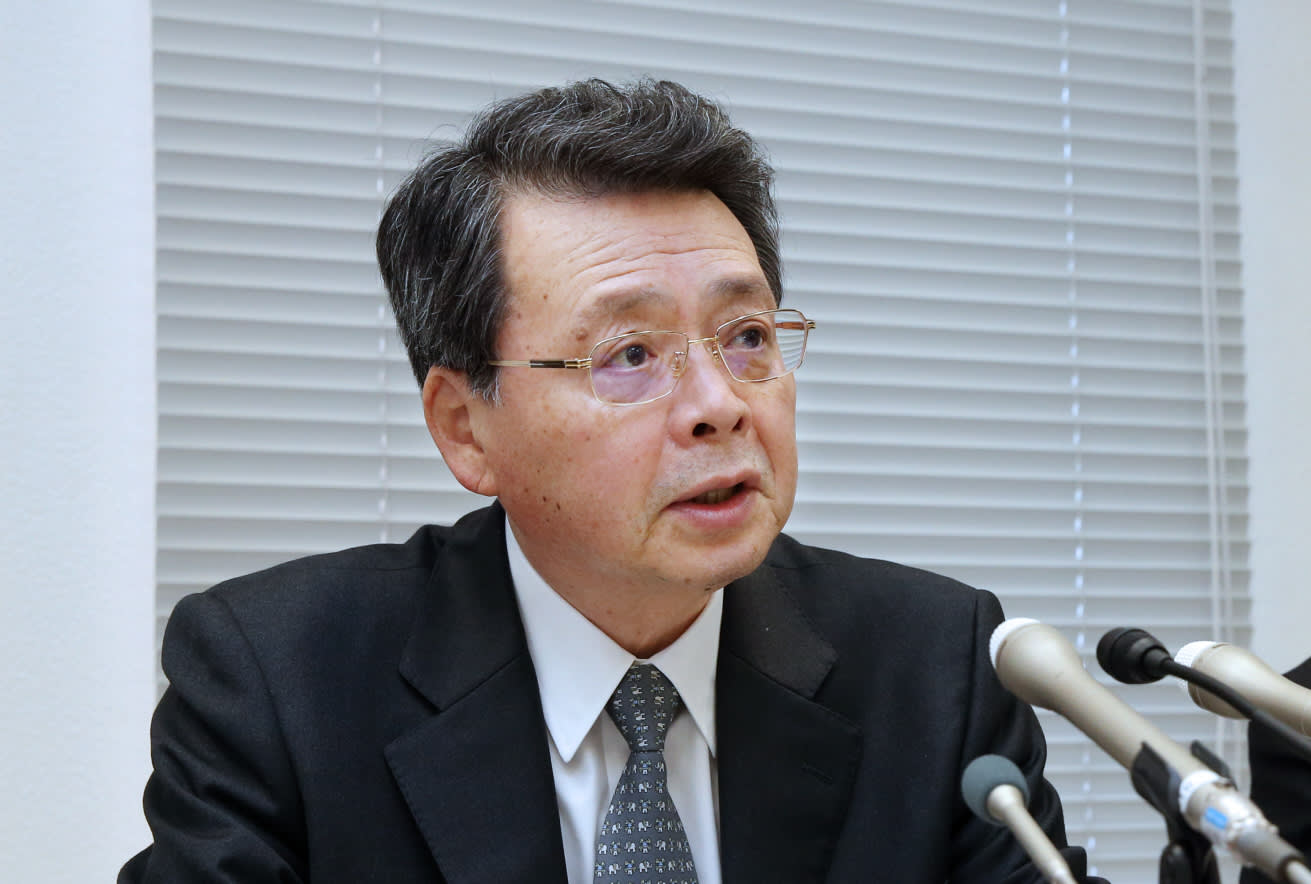 Mitsubishi Corp. is expected to log a 150 billion yen net loss this fiscal year. Even when parent-only results fell into the red in fiscal 1999, the group as a whole saw a net profit. Mitsui & Co. announced Wednesday that it expects a 70 billion yen net loss for the year due to 280 billion yen in write-downs. This would be the first year that either company ends up with a group net loss.

"Our resource-related assets have grown, and an inflow of investment has made prices volatile," said Mitsubishi President Ken Kobayashi.

Kobayashi, who will step down as president to become chairman on April 1, strove to balance Mitsubishi's volatile resource businesses with stable nonresource ones. He has pushed for a number of acquisitions, for example, such as a roughly 150 billion yen purchase of a Norwegian salmon farming company in 2014. He said that nonresource businesses performed well this fiscal year. But plunging resource prices brought the whole trading house down.

A prime example is copper development in Chile in which both Mitsubishi and Mitsui took part. They jumped in in 2011 and 2012, right when copper prices were at their peak.

"Prices have completely changed from what we were projecting back then," said Mitsui President Tatsuo Yasunaga. The two Japanese trading giants logged some 370 billion yen in impairment losses from their Chile copper investments. They also were hurt by liquefied natural gas development in Australia.

As the rivals' fortunes plunged, Itochu will lead the pack in terms of net profit, with a projected 10% jump to 330 billion yen. President Masahiro Okafuji decided in 2013 to become the No. 1 trading house in non-resource operations, such as food and fiber. This comes from the conclusion that it would be difficult to beat out conglomerates in resources. Itochu also invested in Chinese giant Citic last year, a move that has already begun lifting its results.

Mitsui's stock dropped as much as 8% here on Thursday, which temporarily brought its market capitalization under Itochu's for the first time in 29 years.

Standard and Poor's also downgraded Mitsui's long-term credit rating from A+ to A that day. The market has been tough on trading houses heavily invested in resources.

Resource development "is a business with a 20-, 30-year timeline, and we also have the responsibility to keep supplying [resources]," Mitsubishi's Kobayashi said. The companies are not looking to exit the field or cut back their exposure anytime soon.

"It seems like the large impairment losses have pushed all the negative factors for these companies out into the open," said Akira Morimoto of SMBC Nikko Securities. "But they must present new growth scenarios to win the market over again."