TOKYO -- Japanese manufacturers that spent decades expanding their footprints in Asia and beyond are bringing production back home, with the help of robotics and artificial intelligence.

The latest example is Casio Computer. The company is automating operations at a factory in northern Japan to cut costs and produce more of its inexpensive wristwatches domestically, reflecting a growing "reshoring" trend even for low-value-added manufacturing.

Japanese exporters face rising labor costs across Asia, negating the benefits of producing offshore. At the same time, they are finding that automation can make domestic operations cost-competitive. Domestic production also allows them to display the "made in Japan" label, which still carries cachet.

Casio's move follows Honda Motor, which will shift production of its mainstay Super Cub motorcycle from China to its Kumamoto Factory; Canon, which will build a new digital camera plant in Miyazaki Prefecture to bring back production from Asian locations; and Pioneer, which has moved production of car navigation systems destined for the Japanese market from a Thai plant to Aomori Prefecture.

Many Japanese companies originally moved production abroad to counter a strong yen that forced them to charge more in overseas markets, sapping their competitiveness. The yen strengthened from around 250 to the dollar in the mid-1980s to below 80 in 2011 and 2012. Now the yen is back to around 113 to the dollar, providing some relief to Japanese exporters.

Tokyo-based Casio has sold watches priced around $20 for decades. Affectionately called "cheap Casios" by fans around the world, they account for slightly more than 10% of its annual output of roughly 44 million units -- the biggest share of any watch category. 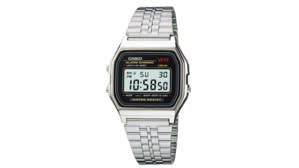 More of Casio's enduringly popular $20 watches will be made in Japan.

Output of the watches is split roughly equally among four plants: two in China, one in Thailand and the Japanese site in Yamagata Prefecture. But Japan will account for a greater share of production after the Yamagata plant is automated, with plans to more than double its capacity from the current 100,000 units a month.

Come summer, assembling modules -- the core of the watches -- will become fully automated, as will attaching the case and the band. Casio reckons that it will need less than a fifth of the plant's current workforce after the investments, which the company says will bring manufacturing costs in line with Thailand, where they are now a quarter of those in Japan. They will also be lower than in China, where labor has become particularly pricey by Asian standards.

The upgrades are expected to cost millions of dollars. Sometime within the next three years, Casio will transfer certain production lines to Yamagata from elsewhere in Asia.

Casio's move is just another company opting to invest in Japan rather than overseas. Japanese cosmetics' rising popularity with international consumers has prompted Shiseido to build a factory in Tochigi Prefecture, north of Tokyo -- its first new domestic plant in 36 years. Canon is building an automated factory for digital cameras in Miyazaki Prefecture, southwestern Japan, that marks its first in nine years.

Honda's repatriation of the Super Cub comes just five years after transferring production to China as a way to cut costs. The decision is not only a reflection of rising wages in China, but the need to create cutting-edge models that comply with the increasingly tight environmental regulations of Asian markets.

Canon's new factory in Miyazaki is aimed at utilizing the "Made in Japan" brand. The company will invest 23 billion yen ($210 million) to build a facility which will be largely automated with robots and artificial intelligence. This will be the company's first mass production facility to be built in Japan in a decade.

Wages have more than tripled since 2005 in China and are also climbing in Southeast Asia. Factory automation gives Japanese companies a way to make domestic production more cost-competitive.

Not every industry can reshore production so easily. Products where labor accounts for a low percentage of the cost are relatively easy to repatriate. But not apparel, which is labor-intensive to produce and cheap to transport. Clothing is made almost entirely by hand, rendering automation difficult. Most Japanese apparel manufacturers are moving production out of China -- but to places like Southeast Asia rather than Japan.