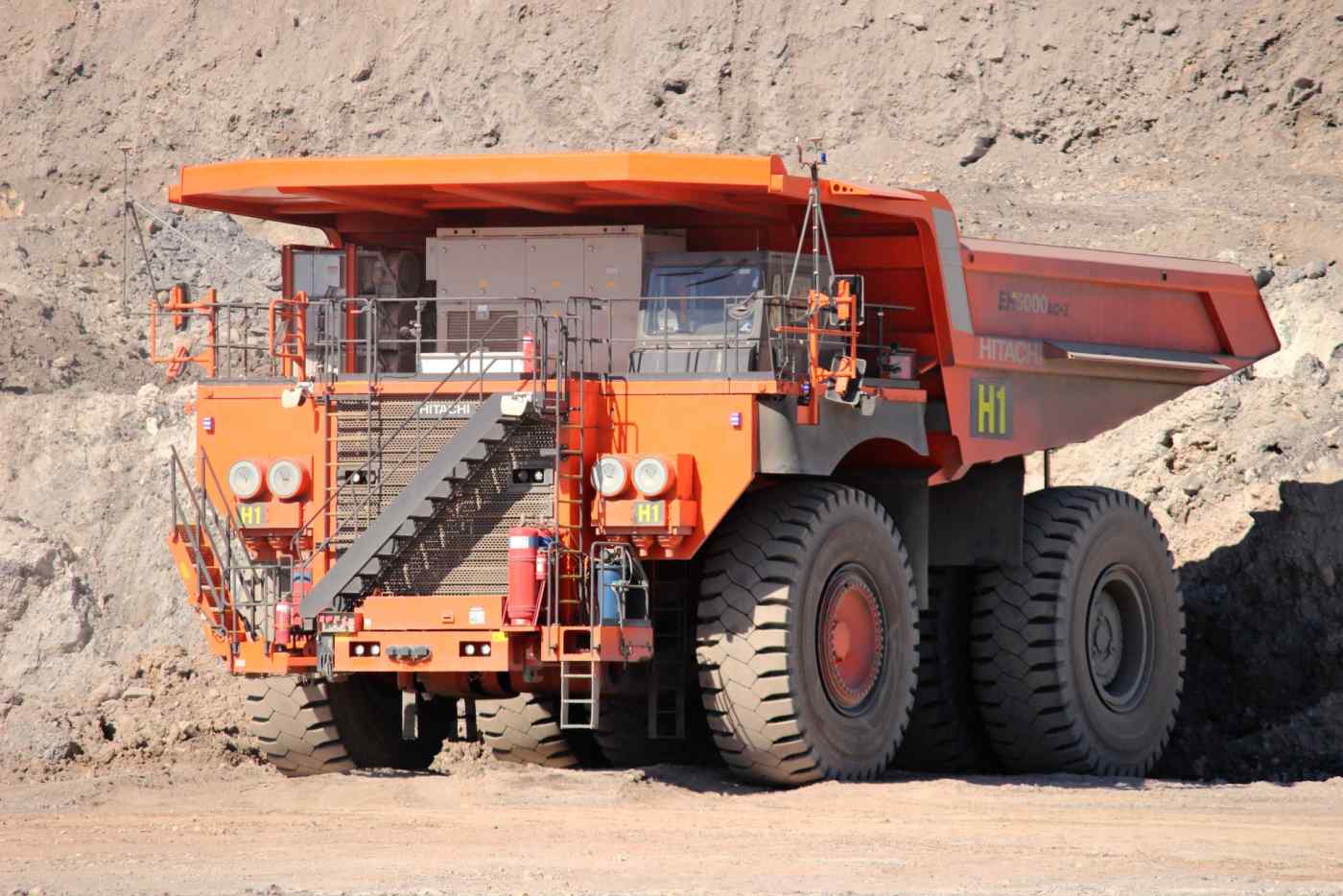 SYDNEY -- Japanese construction machinery makers are introducing information and communications technology to mining machines in Australia. The move comes as major British-Australian miners Rio Tinto and BHP Billiton cut costs amid sluggish resource prices due to the slowdown in China.

Using ICT to optimize mining operations gives the makers new opportunities, as sales of mining machinery are slumping and the recovery of the balance between supply and demand appears to take another four to five years.

On April 17, Hitachi Construction Machinery unveiled three Autonomous Haulage System dump trucks at a testing ground in a coal mine in the northeastern state of Queensland.

The super-size trucks, which are still under development, showcased their prowess, moving at speeds of 10kph an hour and loading some 270kg of earth and sand. Hitachi Construction Machinery explained the movements are set by software, and remote operation from a control room is limited. The trucks are equipped with GPS and sensors and drive by themselves. Data from the trucks is sent to Japan for analysis, and used to help improve the vehicles.

David Harvey, managing director of Hitachi Construction Machinery (Australia), says the trucks use the Hitachi group's ITC, such as the technology found in railway traffic control.

Hitachi Construction Machinery has fallen behind Japanese company Komatsu, which already operates about 60 self-driving trucks at Rio Tinto's mines in Western Australia, as well as U.S.'s Caterpillar in developing AHS dump trucks. Hitachi Construction Machinery hopes to start operating the trucks at mines as early as 2017, taking advantage of its technological prowess to speed up development.

Sannomiya said, "We will offer solutions for the entire mining business, including water treatment, power generation and railways, with a view to automatized shovels."

Tire maker Bridgestone earlier this month set up an research and development center for mine vehicle tires in the state of New South Wales, where there is a cluster of coal mines. The Bridgestone Institute Global Mining Solutions wants to make mine vehicle tires more efficient. It attaches sensors to tires to collect data on pressure and temperature, which it analyzes so as to prevent failure and improve efficiency.