SEOUL -- This capital city's Gangnam district, the glitzy neighborhood known as the nation's trend-setter, has taken on a new role as a startup incubation hub, supported by the financial firepower of big companies headquartered there.

Such big names as the Lotte group and Naver -- the parent of the chat app provider Line -- have stepped forward to provide funds and office space to promising startups, hoping to branch out into new businesses through partnerships with younger peers.

Sitting on Gangnam's prime real estate overlooking a forest surrounding the royal tombs of Korea's Joseon Dynasty is an incubator facility backed by the Lotte group. Linkflow, which develops 360-degree wearable cameras, is one of the occupants. Co-founder Kim Yong-guk says he left Samsung Electronics because he would not have been able to do what he really wanted at the world's largest electronics maker  -- bring the camera to center stage rather than just being part of Samsung's smartphones. 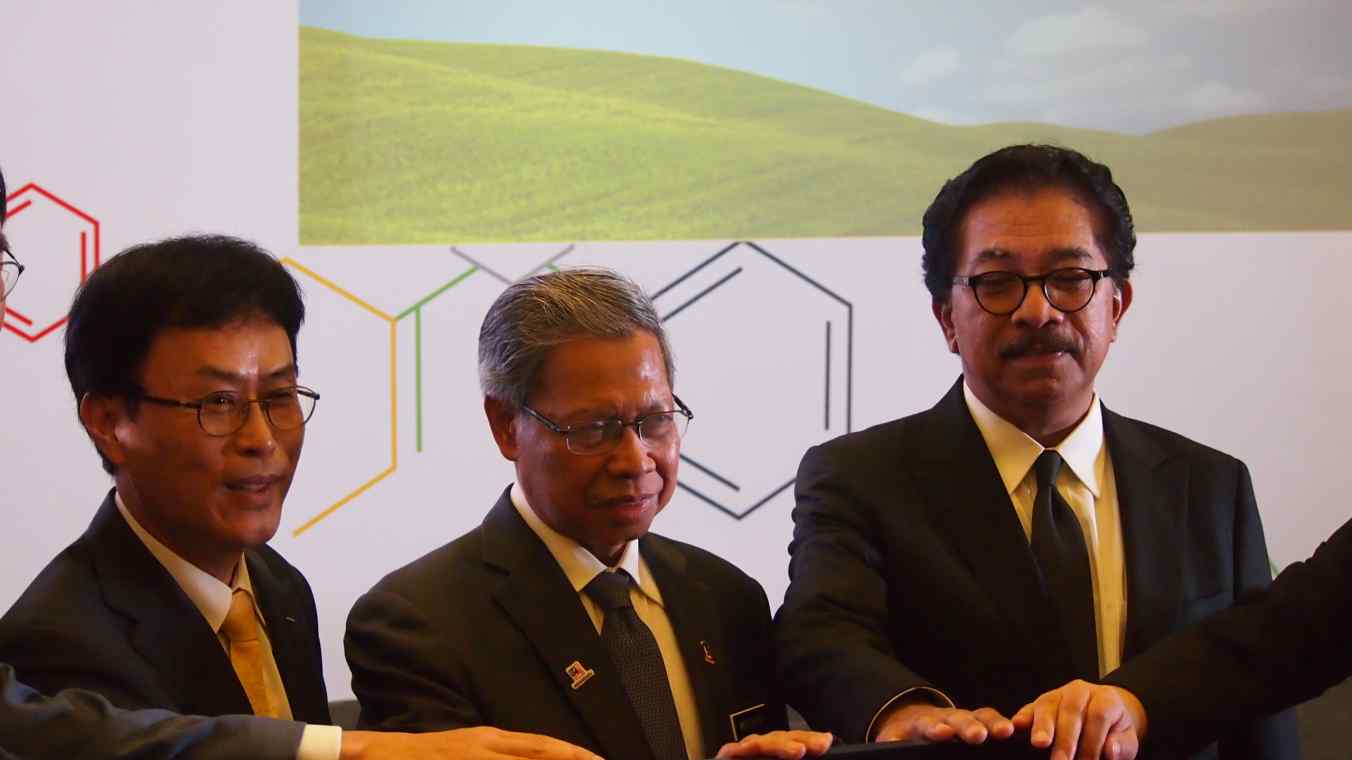 Lotte Chemical to raise at least $1.38bn in Malaysia

Lotte founder Shin Kyuk-ho set to step down as director

Line looks to ride Wave to glory in voice-driven computing

Linkflow moved into the building in October 2016, shortly after its founding. In April, the company took part in a Las Vegas trade fair. Negotiations are now underway for orders of up to 200,000 units.

Each spring and fall, Lotte recruits 15 to 20 startups to move into the facility. While they are allowed to stay for only six months, all fees, including rents, communication costs and utilities, are paid by the sponsor.

About 400 companies apply each time, says the CEO of Lotte Accelerator, which operates the facility. There is also a plan to set up a fund of about 30 billion won ($26.4 million) by the end of this year using investment collected within the group, providing up to 1 billion won to each startup. The group will be able to reap capital gains when those companies go public.

Gangnam, which produced the hit title by singer Psy, attracts fashion-conscious young people. Also home to Samsung and large banks, the area offers an ideal venue for entrepreneurs to interact with both customers and financial institutions that could potentially provide backing.

Naver started its incubation operations in 2015, a year before Lotte. The company finds promising startups and offers money and office space. It has invested in 12 companies so far, with three more investments planned this year. Only technology startups are invited to move into its incubation office facility.

Naver is interested only in companies that have the potential to become a major player in such fields as artificial intelligence, autonomous driving and health care. In addition to investments, they receive separate funds of up to 1 billion won for research and development and get to use the incubator space for one year.

Going forward, the company will launch joint businesses with the startups, an executive in charge of the program said. The idea is to support enterprises with few avenues of their own to bring special expertise to the world by incorporating them into Naver's technology business.

Lotte is also banking on the know-how of startups to liven up its commercial facilities and services. Such large companies see startup partnerships as a driver of sustainable growth.

Fresh investments in startups in South Korea reached 2.15 trillion won last year, up more than 50% up in three years. The number of startups hit about 34,000 this April, an increase of around 20% from the end of 2012.

The Seoul suburb of Pangyo is also known as a startup hub, with government-backed incubator facilities. Naver and Kakao both sprang out of there. Now Pangyo has become home to more established businesses than those in Gangnam.

Startups are rising across Asia. China has many technology startups springing up, including manufacturing concerns in the southern city of Shenzhen. In Indonesia, a stock exchange is nurturing startups.

In contrast, in South Korea, conglomerates and other big companies are expected to raise startups. As with Naver, which started as an in-house startup of the Samsung group, those that achieve success tend to have ties with large companies. The Naver executive says Gangnam is the best place for startups, given the easy access to talent and funding.

The incubation hub in Gangnam is also helping alleviate unemployment among youth. The unemployment rate for South Koreans ages of 15 to 29 is a high 9.8%. In 2016, 14 conglomerates, including the Samsung group, slashed a total of 15,069 jobs, according to private-sector research company Chaebul.com. Now big companies are focusing on startup incubation as the government seeks to address joblessness.