DENPASAR, Indonesia -- Liquefied natural gas exporters will be excited by the prospects of state-backed Korea Gas returning to the buyers' table following moves by newly elected South Korean President Moon Jae-in to shift the country's power-generation mix away from coal to natural gas to cut pollution. 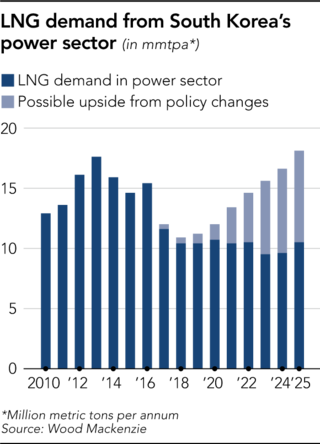 South Korean LNG imports peaked at 39 million tons in 2013 and have been declining since. But Moon's proposed energy policy, which would increase the share of LNG in the country's electricity mix from around 20% to 37% by 2030, could reverse that trend.