SINGAPORE -- Heading north from Singapore's high-rise center, the tower blocks give way first to sprawling warehouses, and then to dense tropical greenery, specked with red warning signs that mark the boundaries of the army's live fire ranges. Even further north, a few kilometers away from the heavily-guarded border with Johor, in neighboring Malaysia, are curving lanes fringed with allotments and humpbacked white greenhouses, a tiny patch of farmland on the fringes of the hyper-modern city.

"Every country needs a countryside, even a city-state. You can't concretize the entire country", said Manda Foo, the executive secretary of the Kranji Countryside Association, which represents around 40 farms in the area. 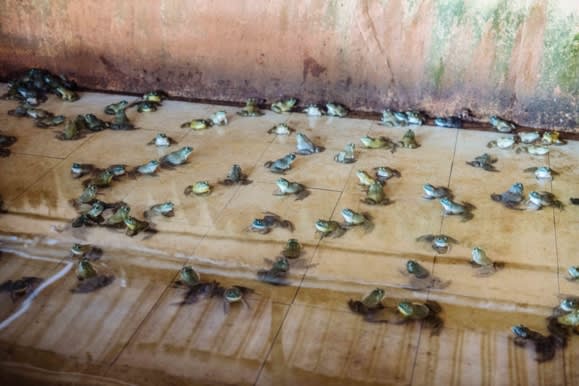 These peri-urban farms supply around 10% of Singapore's vegetables and fish. The remaining 90% of the city-state's food is imported, as is 60% of its water. That dependency is increasingly a cause for concern. Singapore's import model -- like much of its economy -- is based on the premise that borders will remain open, and that it will be able to use its relative wealth to buy its neighbors' surpluses. Climate change and rising protectionism have undermined those assumptions, and prompted a re-examining of the country's tiny agricultural sector. However, the approach that the government is taking has alienated many of the country's existing farming community.

In 2014, more than 60 farms around the Kranji countryside were told that their leases would not be renewed when they expired in June 2017. The land was earmarked for the military, which needs to replace training grounds that are being turned into a new housing development, the Tengah New Town. After a public outcry, most of the farms were given a two-year reprieve in 2016; others have since received another two-year extension, which they have been told will be their last.

The Singapore government wants the farms to move onto smaller plots in Lim Chu Kang and Sungei Tengah, which it plans to open to tender in August. Farmers in the area are angry. There is no guarantee they will be allocated space, and the new plots are expensive. What is really infuriating them, however, is the soil.

The government wants to support high-technology farming, and in particular those techniques that maximize the amount of food that can be produced in limited space. The new farmland is optimized for that next-generation agriculture, which stacks crops in troughs and pots under strip lights -- not the kind that means planting directly into the earth. Accordingly, little consideration has been given to the quality of the soil. Foo believes that this policy demonstrates the government's disconnect with the realities of farming.

"They expect everyone to build structures to go high-rise, but then you know, my vegetable farmers who are actually producing food... say: 'I will not be able to produce anything because the soil is bad'," she said. "It doesn't make sense. Our policymakers have got it wrong. They put all their faith in technologies that have not been proven to work."

Others fear that uprooting older farms could simply put many out of business. If that happens, Singapore may lose a whole generation of farmers and with them, their knowledge and experience.

Chelsea Wan runs Jurong Frog Farm, a hectare of ponds and pens that reverberates with the throaty rumble of thousands of American bullfrogs -- and the roar of fighter jets circling overhead.

Her father, Wan Bock Thiaw, started the business in 1981 after the Singaporean government shut down the country's pig farming industry. Looking for alternative livestock, he imported bullfrogs from breeders in Malaysia, selling the meat onto the local market. The farm relocated to its current location, a hectare-sized plot, in 1993, and expanded into other frog products, harvesting collagens from frog skin for cosmetics, and producing hashima -- a highly-prized ingredient in Chinese desserts, made from the fatty tissue found around the reproductive organs of female frogs.

Although its lease was due to end this month, it has been given a stay of execution until 2021. Although she welcomed the extension, Wan said what she and her fellow farmers really want is certainty. 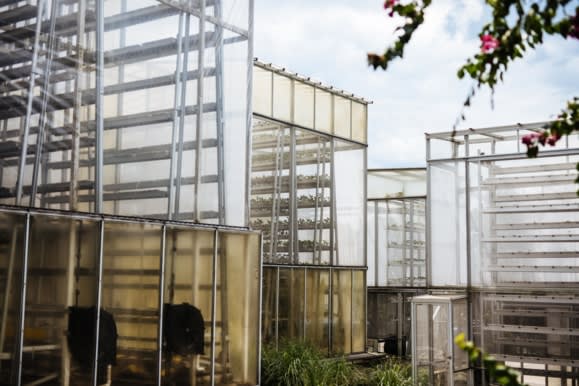 "We want a long term protection of the farmland, and to not ask us to relocate every time they shuffle their land use. It shouldn't be at our expense," she said. "The real veterans, like my father, are all at retirement age now. They're happy to lose the lease and retire. We are telling them, if they don't facilitate this transition properly, they're going to lose that generation of growers. That's very dangerous for our country."

Wan hopes that Jurong Frog Farm's lease extension means that their message is getting through to the government. "For the longest time they treated us the same as manufacturing or tech companies. They never quite considered that livestock takes a long time to grow. They can die, you know. They're not plastic. They're not software," she said. "They are now understanding the complexity of having to move the farms. It's not as straightforward as they thought, having to shift farmers from something that was a very old-school kind of setting to something that's very flash and high-tech."

The prototype for that high-tech, high-rise agriculture is just down the road. Sky Greens, a kilometer away from Jurong Frog Farm, is probably the only farm in the area with a boardroom. The smart, modern office is surrounded by tall, metal-framed greenhouses, inside which trays of plants are rotated slowly by a mechanism that looks like a ferris wheel. Throughout the daylight hours, they are moved to give each row enough sun. Some are dipped in nutrient-rich water at the nadir of their progress, others are misted or sprayed.

Jack Ng, who developed the system, claims that his technology can produce 10 times the vegetable crop per square meter of land than traditional farming, and that it uses 5% of the water. Although he currently cannot compete with imports on price -- yet -- he can on quality, and he already sells into the NTUC supermarket chain. The technology has been exported to China, Malaysia and Thailand.

He has no shortage of ambition for his mode of agriculture, seeing it as a way to replace some of Singapore's lost economic growth, as well as reducing its fragility to external shocks. He also believes technology is a way to attract young people to farming, reversing a long-running demographic shift in global agriculture, where average ages are rising. 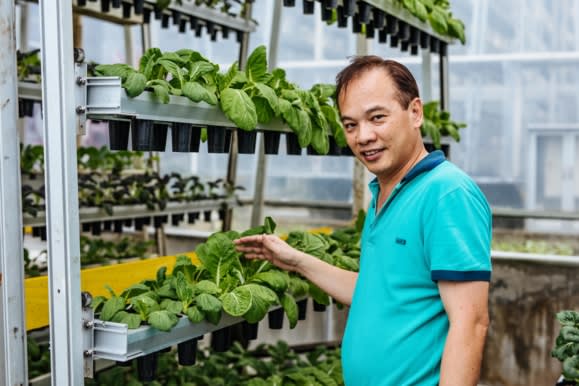 Ng wants to make use of every inch of Singapore's vertical real estate, and is developing products for whatever space is available, from moving window boxes of herbs for offices, to a huge, green conveyor belt for the outside of tower blocks. He is not unsympathetic to the other farmers' challenges over land.

"Before, the plots were cheap. The farmers could afford to do it as a lifestyle, a hobby," he says. Transitioning to a high-tech, commercial model is challenging, despite government grants worth up to 70% of the value of the new equipment that they will need. That helps, Ng said, but not enough. Farmers still need to raise hundreds of thousands of dollars, and banks in Singapore are reluctant to lend to the sector.

"We need the thinking of the farmers to change. We also need the [government] agencies to change. They have to step in to help," Ng said.

How far the government will go to support farmers will depend on how far it is willing to elevate it in the list of competing priorities, all of which require land and investment.

As Eugene Tan, a political analyst and associate professor of law at Singapore Management University, noted, agriculture is not in the top tier of the government's priorities, sitting well below commercial, industrial and residential developments, and the needs of the military.

"However, the government views technology as a potential game-changer," he said. "For a nation aspiring to be a smart one, its agriculture has to move in that direction too. So 'smart agriculture' is seen as a necessity, not a luxury," he said.

"Land is increasingly scarce in Singapore. To increase yields from a smaller land plots, high tech and vertical farming are not options; there is no alternative where the policy-makers are concerned."

At the Kranji Countryside Association, Manda Foo angrily rejects this interpretation. "There's no pressure on land. That's such a myth," she said. "Look around Singapore. There's land unused everywhere. The military takes up 20 per cent of the land. Golf courses 2% of the land, farming 1%. So look at me and tell me we've got a land pressure here."

Asked why she believes the government is pressuring the farmers to move, she said simply: "Because farming doesn't give them the same amount of money that building a condominium would."