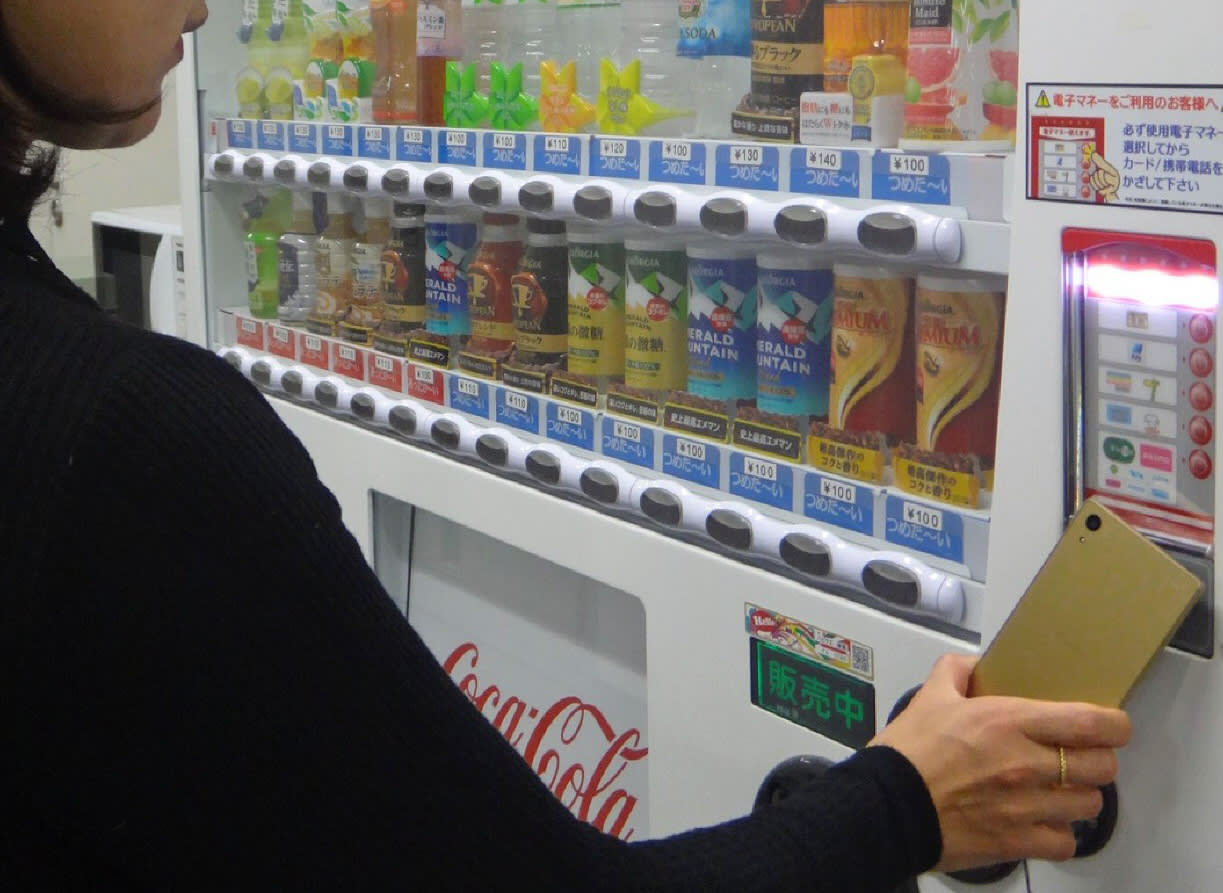 Sony aims to bring its FeliCa contactless payment technology to smartphones made in such markets as China and South Korea.
Nikkei staff writersFebruary 2, 2018 10:35 JST | China
CopyCopied

Sony's FeliCa technology is deeply ingrained in Japan's existing digital payment systems, with over 1.1 billion compatible chips having been shipped. Aside from phones, FeliCa is used in so-called smart cards like East Japan Railway's Suica, a popular option for paying train fares.

Sony group company FeliCa Networks, in which NTT Docomo and JR East also hold stakes, aims by mid-2019 to have FeliCa-ready chips in smartphones in markets that send many tourists to Japan, such as China, South Korea and Taiwan. Sony earns licensing income from the use of the chips. But it faces a struggle against services that use QR codes, a method growing fast elsewhere in Asia.

Smartphone payment systems have advanced slowly in Japan compared to China and Southeast Asia, where such services have exploded and become part of everyday life. But they are set to grow at a fever pitch as Japan builds infrastructure to accommodate ever-growing numbers of visitors.

In 2023, Japan's digital payment market -- including smartphones and other platforms -- is projected to reach 114 trillion yen ($1.03 trillion), an increase of just over 50% from 2017 levels, according to Nomura Research Institute. Sony aims to promote the spread of FeliCa by first making it easier for tourists to use.

Joint publicity campaigns with Chinese and South Korean travel agencies and other partners are in the works, geared to inform travelers about Japan's popular Osaifu-Keitai digital wallet system, which uses FeliCa chips. Link-ups with financial institutions on the payment service front are also planned. The goal is to have tourists download FeliCa-linked apps before coming to Japan.

Docomo adopted Osaifu-Keitai in cell phones starting in 2004, and Apple's inclusion of FeliCa-ready chips in the iPhone 7 in 2016 greatly boosted the number of devices using the technology. Those chips now come in most smartphones on the Japanese market, with even bargain models getting on the bandwagon.

But in China, systems based on scanning QR codes or bar codes are the norm. These include Alipay, run by internet titan Alibaba Group Holding, as well as WeChat Pay of rival Tencent Holdings. Over 90% of Chinese travelers to Japan are said to use smartphone payments, and a number of Japanese companies have begun adopting those travelers' platforms of choice.

Aeon Retail, a subsidiary of Japan's Aeon, will from this spring begin accepting Alipay at stores frequented by Chinese tourists. It aims to gradually roll out the service to more than 300 stores. The spectrum of vendors taking Alipay is also growing to include electronics volume retailers, drugstores and more.

The Japanese government aims to have all mainstay tourist-frequented commercial facilities and lodgings, as well as sightseeing spots, accept chip-based payments by 2020, the year Tokyo hosts the Olympics. The coming expansion of infrastructure for cashless payments has internet companies on the move as well.

Line, which operates a popular messaging platform by the same name, aims to have 1 million stores taking its mobile payment service -- which uses QR codes -- as soon as 2020, seeking synergies with other services offered through its chat app. U.S. e-tail giant Amazon.com will also release in Japan a service for handling in-store checkout via smartphone in or after 2018.