IQOS gets an even warmer reception than in Japan Martin King, the company's Asia president, told the Nikkei Asian Review on Friday that South Korea's adoption rate has been quicker than Japan's in a comparable amount of time. King said that while the countries have similar attributes, South Korean sales are benefiting from the awareness generated in Japan.

"We believe that more than 50% of South Korea's adult smokers are now aware of IQOS, even though we haven't rolled it out nationally yet," said King, who is due to become chief financial officer on Jan. 1. 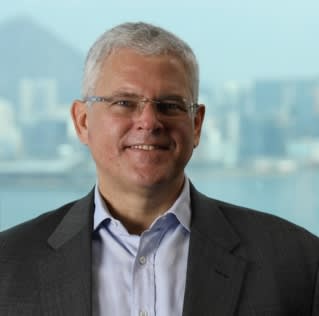 The IQOS system heats, rather than burns, tobacco in a device that resembles a mini cigarette. During Philip Morris' third quarter earnings call on Thursday, the U.S.-listed company said IQOS' market share hit 2.5% one quarter after its launch in South Korea.

Philip Morris also announced that IQOS has achieved an 11.9% penetration rate in Japan, up 1.9 percentage points compared to the second quarter. However, growth was slower than the previous quarter's 2.9-point increase, prompting concerns about maintaining momentum.

King said Japan is still suffering from supply constraints because some consumers are buying multiple devices, or upgrading to the latest model faster than expected. But he added that Philip Morris is starting to build normal inventory levels of the tobacco filler and has begun switching from airfreight to seaborne shipments.

The company is also facing increasing competition from Japan Tobacco, a former state-owned monopoly which launched its own next-generation product -- called Ploom Tech -- in Tokyo this June. The story is similar in South Korea, where KT&G introduced a smoke-free device in September.

Philip Morris has bet its future on smoke-free products, which reduce toxicity by as much as 90%.

The company has said it hopes to start phasing out conventional cigarettes within the next decade. It needs products like IQOS to catch on quickly to offset declining sales of regular cigarettes.

Global shipments of the company's conventional cigarettes fell 4.1% during the third quarter. This decline was slower than the second quarter's 5% fall, but was enough to prompt an earnings-per-share downgrade.

Philip Morris has brought IQOS to 31 markets in total but has seen the most success, by far, in Japan and now South Korea. Doing well in South Korea is particularly important, as it demonstrates Japan was not an outlier.

King said government perceptions of the devices are changing. "Governments have been looking at Japan and South Korea and are concluding that smoke-free products could potentially reduce smoking rates and bring public health benefits," he said.

In Asia, Philip Morris has yet to launch IQOS beyond Japan, South Korea, New Zealand and Kazakhstan. King would not say which country is next but did acknowledge that not every market will produce the quick results of Japan and South Korea.

"It will undoubtedly happen more gradually in some countries," he concluded.