Amount up 20% but still just a fraction of US, Chinese figures TOKYO -- Funds raised by venture businesses in Japan grew about 20% to 210 billion yen ($1.88 billion) in 2016, reflecting a strong investment appetite among big corporations but coming nowhere near the U.S. and China.

This marks the first time the figure surpassed the 200 billion yen mark, according to Japan Venture Research, which tabulated the money raised by 979 unlisted venture businesses last year. Each procured about 300 million yen on average -- the highest going back to 2006, the study's first year, and triple the 2012 figure. Forty-six startups raised at least 1 billion yen, up from 34 in 2015.

Startups usually raise money by issuing new shares to venture-capital and other investors, which pocket profits by selling the stock when the companies go public. 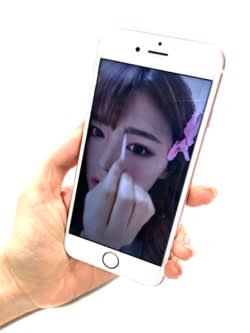 The C Channel service features videos about fashion and food.

Tokyo-based video provider C Channel raised a total of around 6.9 billion yen from parties including a unit of Tokyo Broadcasting System Holdings. Established in 2015 by Akira Morikawa, former chief of the company behind the Line messaging app, C Channel has gained popularity among young women by offering short smartphone videos on fashion and cooking. The company intends to use the money mainly to expand video content and improve service.

California-based Treasure Data, which has technologies for collecting and analyzing big data, raised some 2.7 billion yen in Japanese and foreign venture capital that will be used to strengthen product development and hire more engineers.

Meanwhile, about 20% fewer venture businesses raised funds in 2016. With investment concentrating on the big players known as unicorns, "money is not going to technology-based venture businesses that have just launched," according to Japan Venture Research.

Japanese startup investment nevertheless pales beside the equivalent of around 6 trillion yen to 7 trillion yen a year in the U.S. and around 4 trillion yen in China. To boost investment, Japan will need to improve the business environment through deregulation and other measures.