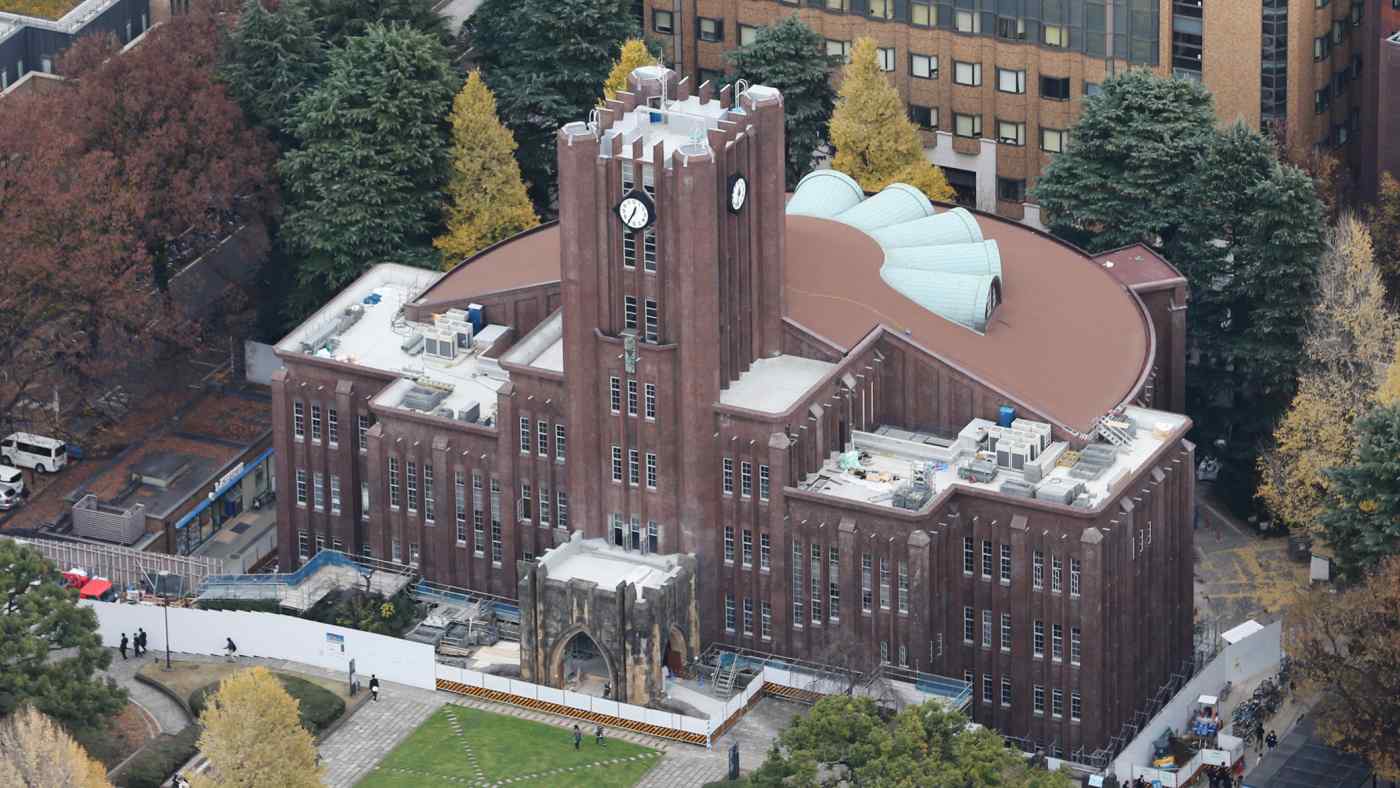 TOKYO -- The University of Tokyo, long a gold mine of human resources for Japan Inc., is starting to produce more graduates who would rather start a company than settle for life in a rigid government or corporate bureaucracy.

The trend is such that Tokyo's Hongo district, where the university's campus is located, has earned the nickname "Hongo Valley." Japan's version of Silicon Valley is buzzing with startups that specialize in fields such as wealth management, health care, home sharing and space debris collection.

One of those is WealthNavi, which operates a technology-based asset management service. Founded in 2015 by former Finance Ministry bureaucrat Kazuhisa Shibayama, the startup had more than 60 billion yen ($558 million) in assets under management as of last month.

Shibayama did not take the direct path to entrepreneurship. After graduating from the University of Tokyo, also known as Todai, he joined the Finance Ministry in 2000. He put in long hours, working late into the night preparing documents to help lawmakers answer questions in the Diet.

Joining the Ministry of Finance -- long considered the "ministry of ministries" -- is seen as the ultimate symbol of success for Japan's most gifted students. Of the 23 slots offered by the ministry in 2016, 15 went to Todai graduates. No more than two slots went to graduates of any other school.

But a temporary posting to the U.K. Treasury, where he was required to put in little overtime, was an eye-opening experience for Shibayama. Returning to his old job at the tax bureau, his American wife began accusing him of neglecting their family. He began wondering if he, and Japanese bureaucrats in general, worked too much.

In 2009, Shibayama decided to leave the ministry.

Long hours were not the only reason. Japanese government policy tends to favor the elderly, a strategy helps the ruling party court aging voters. Shibayama, however, wanted something different. "I want to build a society in which those who are still working can feel affluent," he said. Kazuhisa Shibayama confers with an employee in the WealthNavi office.

Visiting his parents-in-law in Chicago in 2013, he learned that they had used asset management services to build up several millions of dollars' worth of assets. Shibayama, who was working at McKinsey & Co. at the time, saw a chance to profit from a service that was not yet common in Japan. He quit his job and founded WealthNavi.

Mitsunobu Okada, a graduate of the University of Tokyo's Faculty of Agriculture, is another bureaucrat-turned-entrepreneur.

After graduation, he joined the Finance Ministry's budget bureau in order to become involved in policymaking. This, he hoped, would put him in a position to help tackle global environmental problems, an issue he had been interested in since his high school days. "I wanted to take some kind of action," he recalled, looking back on his time as a university student.

But while studying at Purdue University in Indiana on a government scholarship, he was surprised to see many of his classmates leave school to start their own businesses.

"Startups raise $2 million to $3 million easily," Okada said. "And they do business much faster than government offices do." 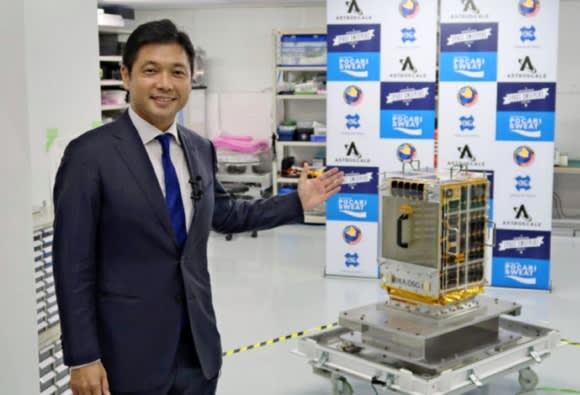 Convinced that he would not be able to achieve his goals by remaining at the Finance Ministry, Okada tendered his resignation and paid back his scholarship money. He went on to earn an MBA at his own expense and in 2013 founded Astroscale, a Singapore-based space startup where serves as CEO.

Like Okada, Seigo Hara was also inspired by a desire to make change. The 36-year-old graduate of the University of Tokyo's Faculty of Medicine founded Micin, a medical data analysis and telemedicine startup, in 2015.

During his fourth year in medical school, Hara began questioning whether patients were receiving the medical attention they needed. When he was working as an intern, he saw many doctors provide round-the-clock care for patients. But he also saw as some patients, including pregnant women, were passed from one hospital to another due to a lack of facilities or staff.

Hara worked as a doctor after graduation and was also involved in the government's health care reform efforts. He realized, however, that the most effective way to change the system would be to build a business from scratch.

The Finance Ministry was instrumental in engineering Japan's postwar economic miracle, but the role of spurring growth and innovation is now firmly in the hands of the private sector. Combine this with the long working hours of a bureaucrat, and it is not hard to understand why Todai graduates may be less eager for a career in government. Last spring, 6% of the schools new graduates became government officials, down from 9% 20 years ago, according to data compiled by the university. Of the school's Faculty of Law graduates, 23% now take government jobs. Two decades ago, 29% did.

Big companies remain a popular choice for employment, but they are facing more competition for hires.

Each year, the University of Tokyo Newspaper compiles a list of companies that hired its new grads. Software developer Works Applications has hired more than 20 in each of the past two years, and in 2017 it placed 11th on the list. Online retailer Rakuten was No. 15.

Japan's three megabanks came in Nos. 1-3, well ahead of the rest of the pack. In the mid-2000s, however, tech startups began filtering onto the employer list, and the trend looks set to continue.

"A growing number of students prefer startups to bureaucracies," said Oki Matsumoto, chairman and CEO of online brokerage Monex Group. Having seen friends make it big in the startup world, he added, "University of Tokyo students are beginning to seek success down this avenue."

Hongo, meanwhile, is home to a growing number of venture capital firms, a necessary component in the startup ecosystem, as their cash helps incubate young businesses. The University of Tokyo Edge Capital, founded on the campus, seeds early-stage technology-focused ventures. 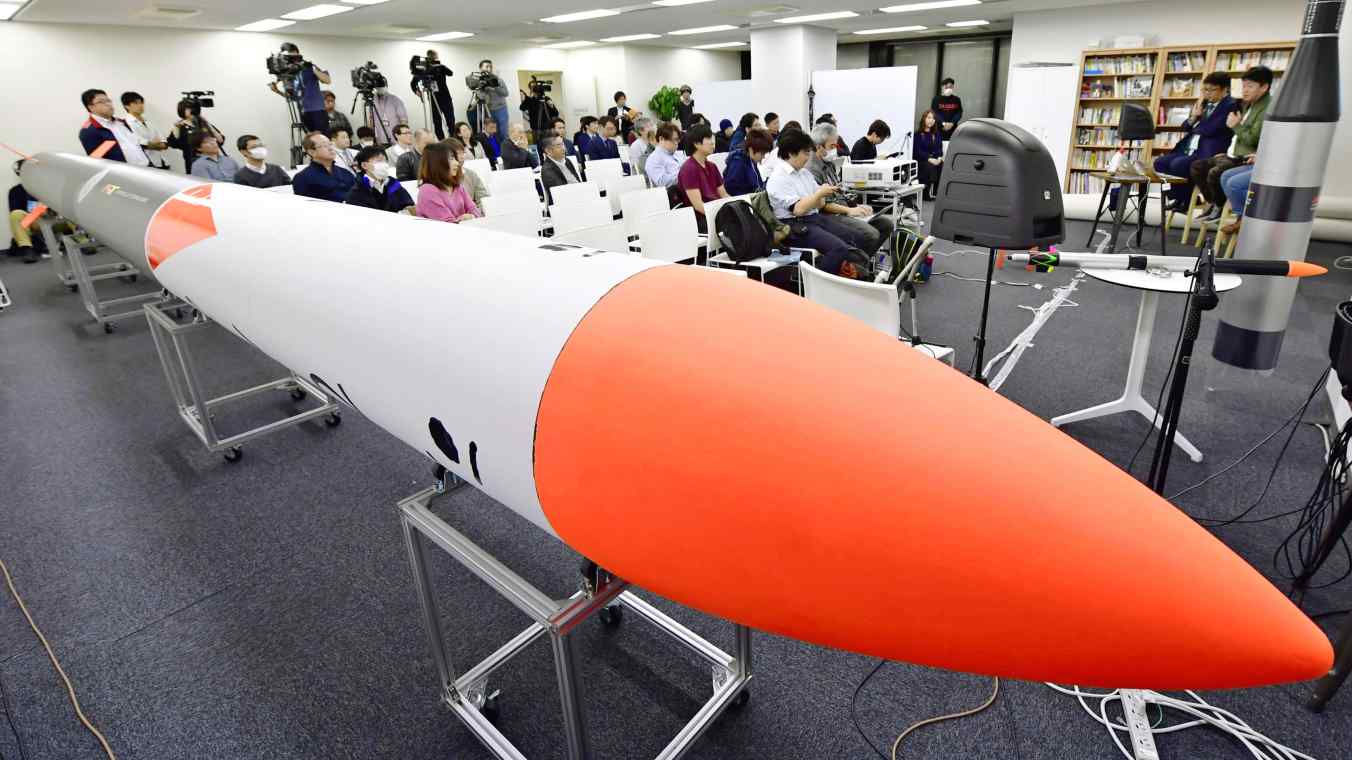 Fast Track Initiative, which has an office near the university's iconic red gate, focuses on health care. Shibuya-based Anri, which focuses on early-stage startups, plans to double the floor space it devotes to its incubating companies.

The University of Tokyo itself has the potential to become a much larger kind of incubator, which could help Hongo Valley flourish in much the same way that Silicon Valley emerged around Stanford University.