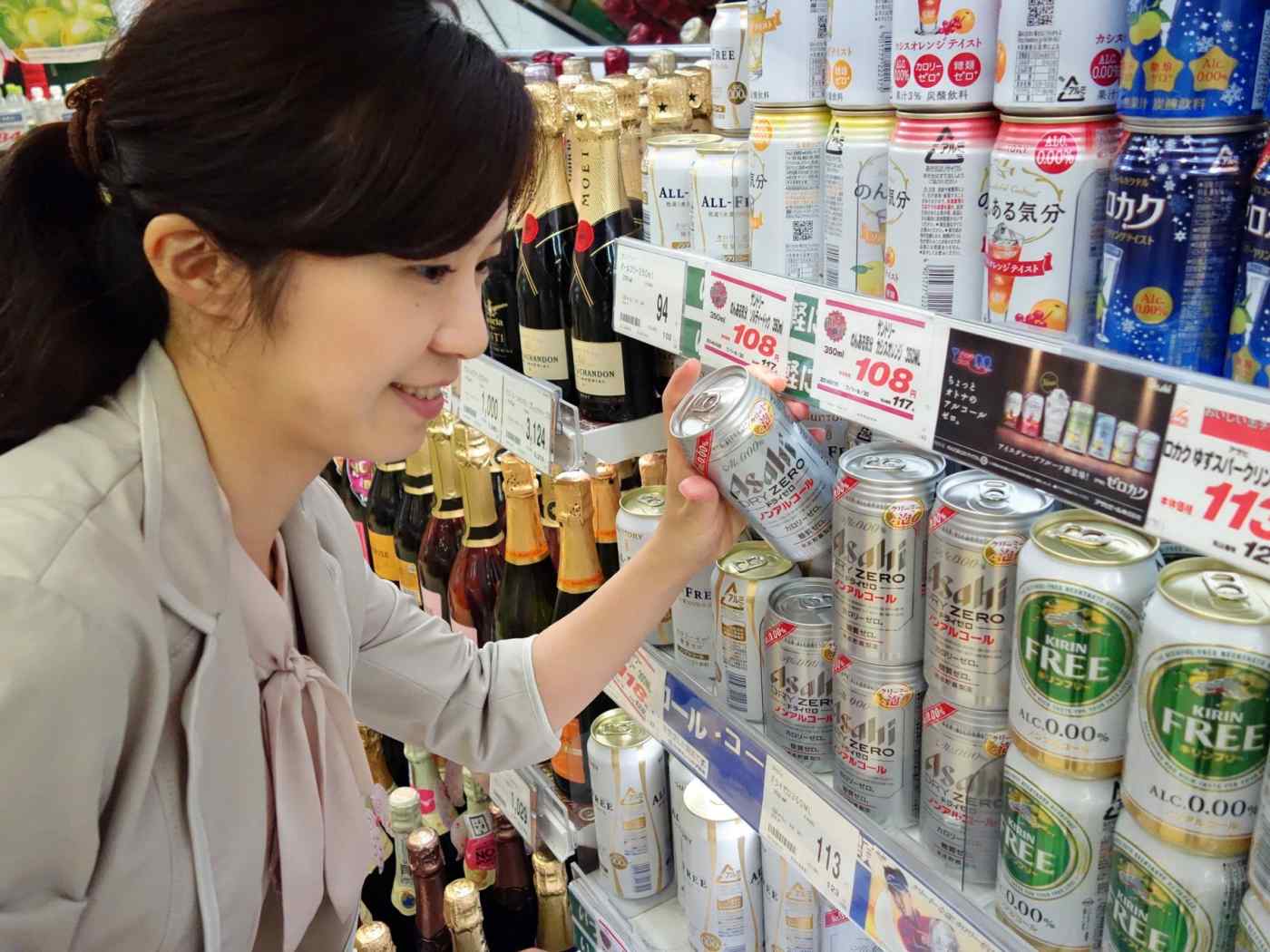 TOKYO -- Competition is heating up in the Japanese market for alcohol-free beers, a profitable bright spot in a slumping industry, with titans Suntory Holdings and Asahi Breweries even taking their battle to court.

Plaintiff Suntory obtained a patent for a beer-flavored beverage with a good mouthfeel, created by keeping extract content, pH and sugar content within a certain range.

The company argues that it tested Asahi's Dry Zero beer and found these values within the ranges designated in the patent. It requested a change to Dry Zero's composition and claims that Asahi did not respond in good faith.

Asahi contends that the patent is not valid, since the drink can be easily derived from existing products. It has threatened to ask the Patent Office to invalidate the patent if need be.

Nonalcoholic beers are popular in Japan. Kirin Brewery's Free, launched in 2009, was the first. Suntory and Asahi followed in its footsteps.

Suntory and Asahi offer beers that are sugar-free and zero-calorie as well, and demand for these accessible drinks is growing.

Although sales in the beer category have fallen for a decade, the market for nonalcoholic beer is expected to rise 2.4% in 2015 to 16.8 million cases of 20 large bottles. The shelf price is around 145 yen ($1.18) for a 350-milliliter bottle -- about as much as low-priced no-malt "third beers."

"Since they're not subject to alcohol tax, they contribute a lot to earnings, and they're becoming a new profit source," according to a major brewer.

Asahi is pushing the hardest in this area, with management stressing its ambition to lead the market. Sales of Dry Zero have been rising steadily since its 2012 launch, with sales volume up 16.7% to 6.3 million cases in 2014. Asahi launched purine-free Dry Zero Free this month, advertising it with a commercial starring tennis player Kei Nishikori. The company is in hot pursuit of top dog Suntory and its All-Free brand.

Meanwhile, health products maker Kao and Sapporo Breweries have obtained approval to label nonalcoholic beers as having health benefits, with launches to come as early as this year. With Asahi, Kirin and Suntory all applying for the same designation, competition to capture health food demand looks set to escalate further.