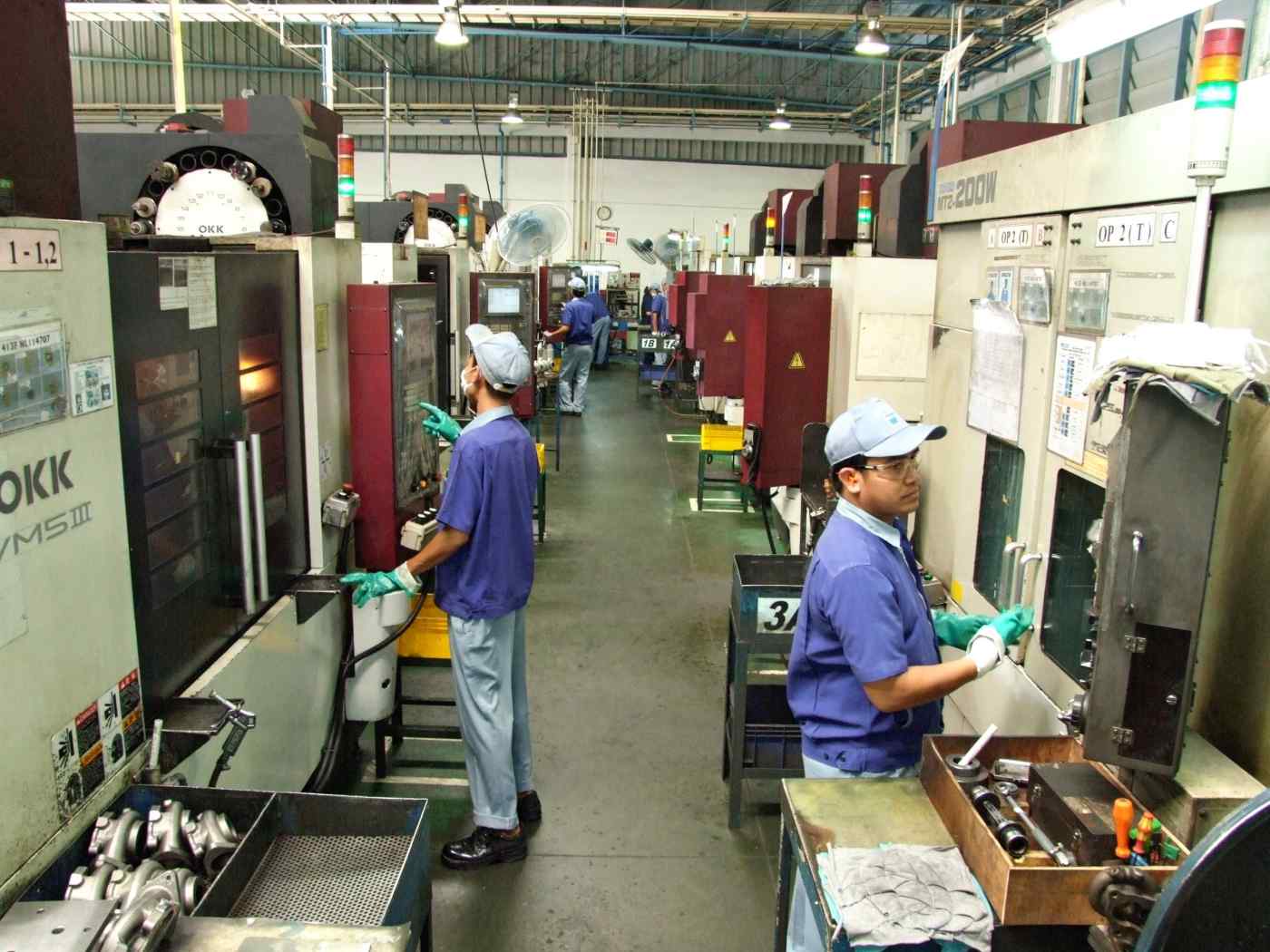 TOKYO -- Japanese companies are ready to ramp up capital investment overseas, especially in Southeast Asia, according to a survey of top executives compiled Saturday by The Nikkei.

The quarterly poll aims to draw responses from at least 100 presidents. This time around, executives at 148 companies participated. Of these, 48% said they plan to expand foreign production, while only 14.8% said they intend to beef up domestic output.

By region, a leading 36.4% said they will increase capital spending in Southeast Asia in fiscal 2014 -- the year through March 2015 -- compared with fiscal 2013. The ratio was up 3.8 percentage points from the previous survey in December, reflecting respondents' high expectations for regional growth.

When asked about promising production bases other than China, 37.2% cited Thailand, 32.4% said Indonesia, 29.7% pointed to Vietnam. These numbers are not entirely rosy: Thailand's figure was down 5 points, likely due to the nation's political turmoil; Indonesia's was down 7.1 points, with the country facing some economic head winds.

Compared with the previous survey, more respondents said the Philippines is an appealing option for production.

As for markets besides Southeast Asia, 17.6% said they intend to invest more in Latin America, up 2.6 points from the last poll. And 17.5% said U.S. investment is set for year-on-year growth, up 5.3 points.

The survey was conducted March 5-20.