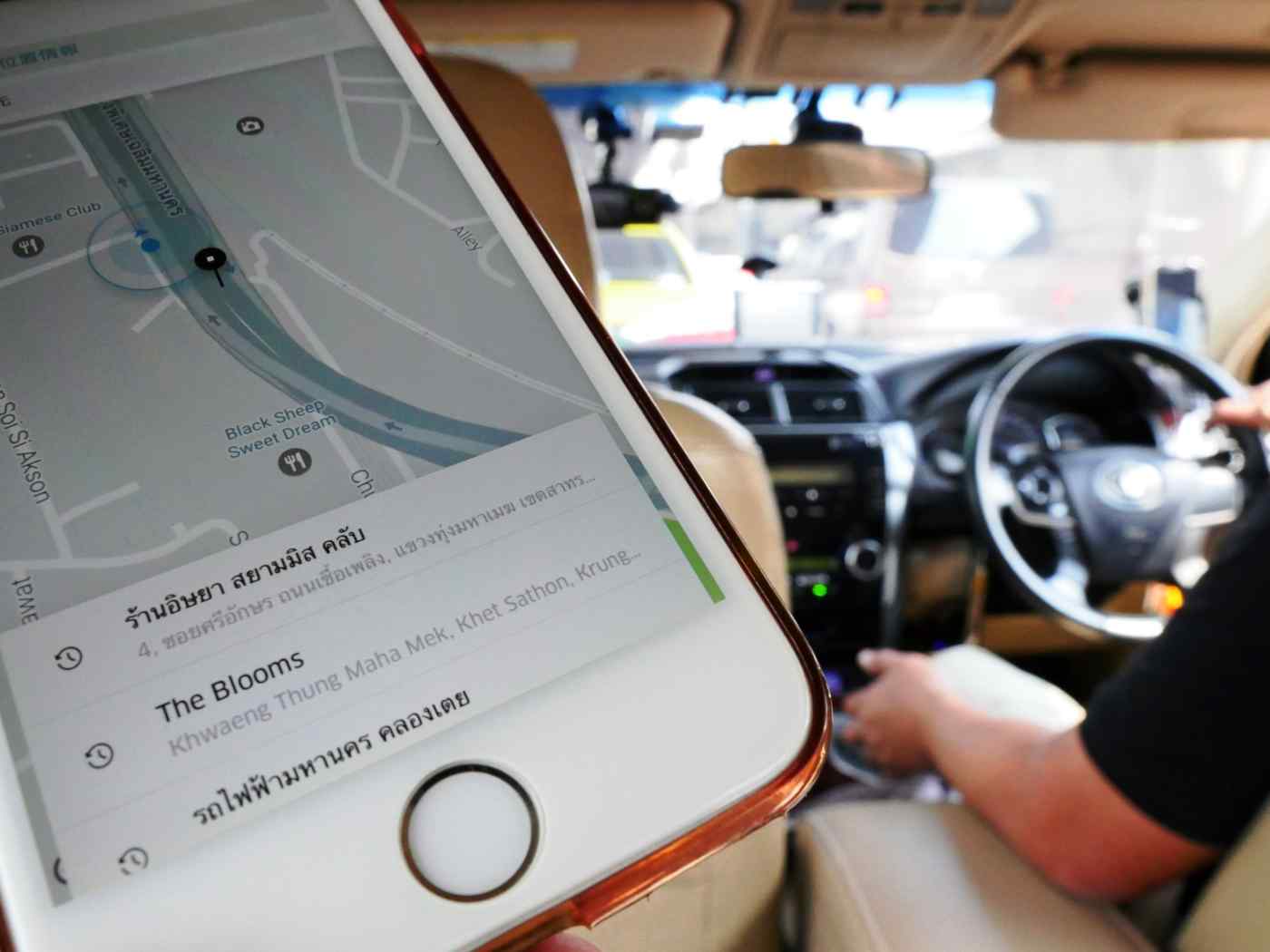 Uber's smartphone app: The Thai government is cracking down on the use of private cars for ride-sharing services.
HIROSHI KOTANI, Nikkei staff writerMarch 31, 2017 17:45 JST | Thailand
CopyCopied

BANGKOK -- Online ride-hailing services are stirring controversy in Thailand as the authorities crack down on drivers affiliated with Uber and other popular apps.

At the center of the battle are the Department of Land Transport, which sees drivers who use private vehicles as illegal taxi operators, and Uber Technologies of the U.S. and other companies that insist they are offering not taxi services but ride-sharing services.

On March 6, 18 Uber drivers were penalized in a sting operation conducted by the department, according to local press reports. Each driver was fined 2,000 baht ($58.07). Investigators pretending to be customers nabbed drivers when they arrived at a designated pickup spot in their own cars.

The government maintains that while ride-hailing services are legal, the use of privately owned cars for them is not. That stance is based on a law that took effect in 1979.

Uber, which entered Thailand in 2014, argues that the rules need to be rewritten, saying the government is going after operators under a law created when the concept of ride-sharing and smartphones were nonexistent.

The company is also having troubles on its home turf of the U.S., though for different reasons, including claims of verbal abuse of his Uber driver by the CEO and sexual harassment in the workplace. But Uber appears to have won over the public in Thailand, collecting signatures from more than 40,000 supporters for an online petition the company launched.

Even the media has thrown its support behind Uber. The Bangkok Post, an English-language newspaper, called for the government to soften its stance on ride-sharing, saying in a March 9 editorial that users are "more than satisfied with the quality of the service."

A column set up by the Nation, another local English-language newspaper, to solicit opinions on the issue from readers was full of comments criticizing the department and the taxi industry in the paper's March 13 edition.

Of the roughly 60,000 complaints sent to the department about transport services in the year through September 2016, some 70% involved taxis.

The department has tried to improve the situation, including developing a smartphone app for quickly reporting troublesome taxi drivers to the authorities, along with their photos. Still, the government acknowledges that it could do more to improve the taxi industry, even as it puts the squeeze on ride-sharing apps.

A 62-year-old cabdriver in Bangkok said he could understand the growing appeal of ride-sharing services, not least of all because they save customers the worry of being turned down by choosy drivers.

The department held talks with Uber and other app providers for the first time on March 20 to work out a solution. The situation, however, remains in flux.

Under the slogan "Thailand 4.0," the government is stressing the need to improve economic productivity and quality of life through the use of digital technology.

Ride-sharing apps, a symbol of the digital age, would seem to fall in line with that aspiration. But it is too early to say whether the government will embrace them.