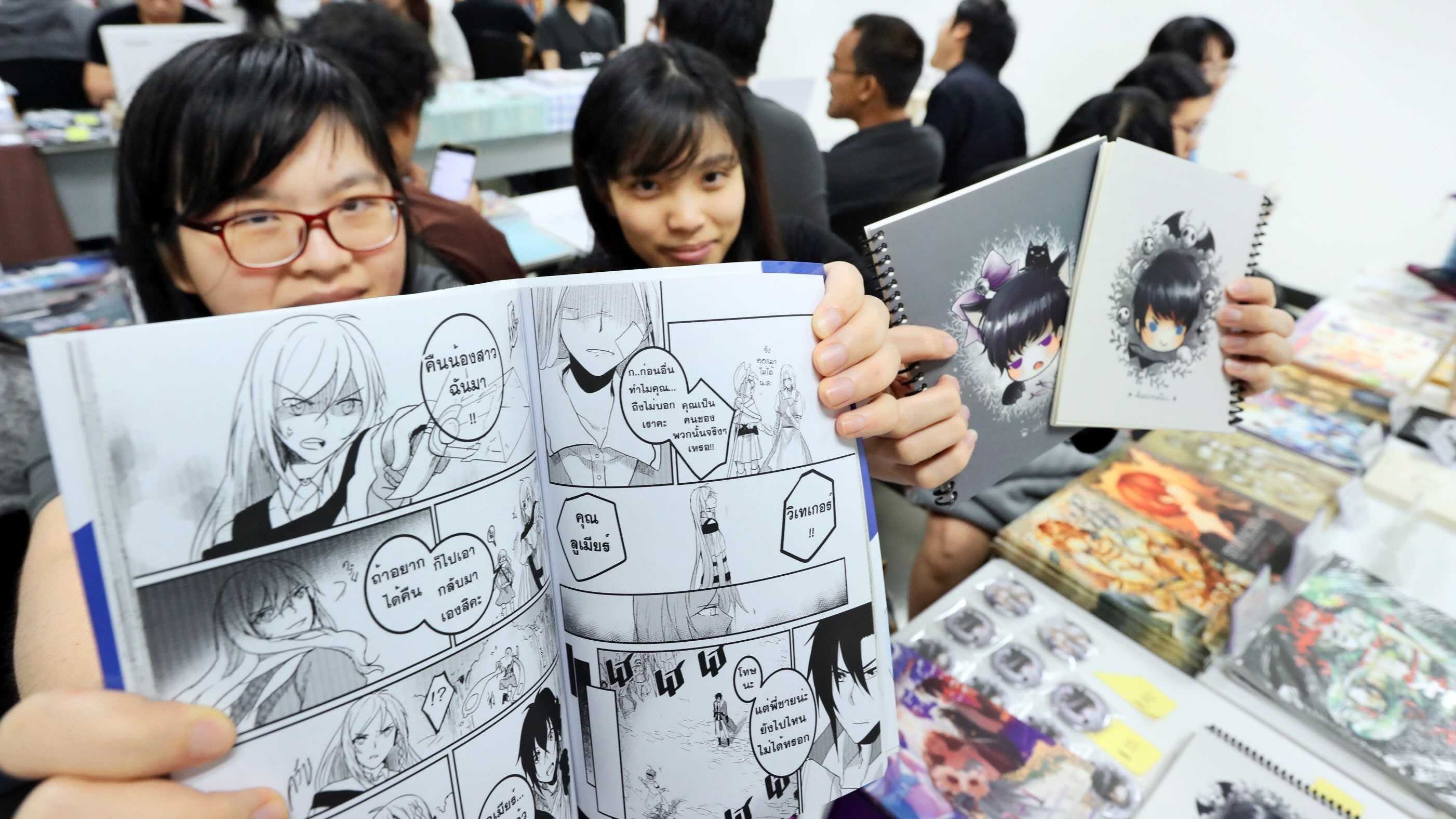 A woman shows off a Thai-language manga at a sales event hosted by Kadokawa Contents Academy in Bangkok.

BANGKOK -- Thailand has begun writing the story of its own manga industry, as smartphone apps and other digital platforms develop the business in a country long known as a heavy consumer of Japanese content. 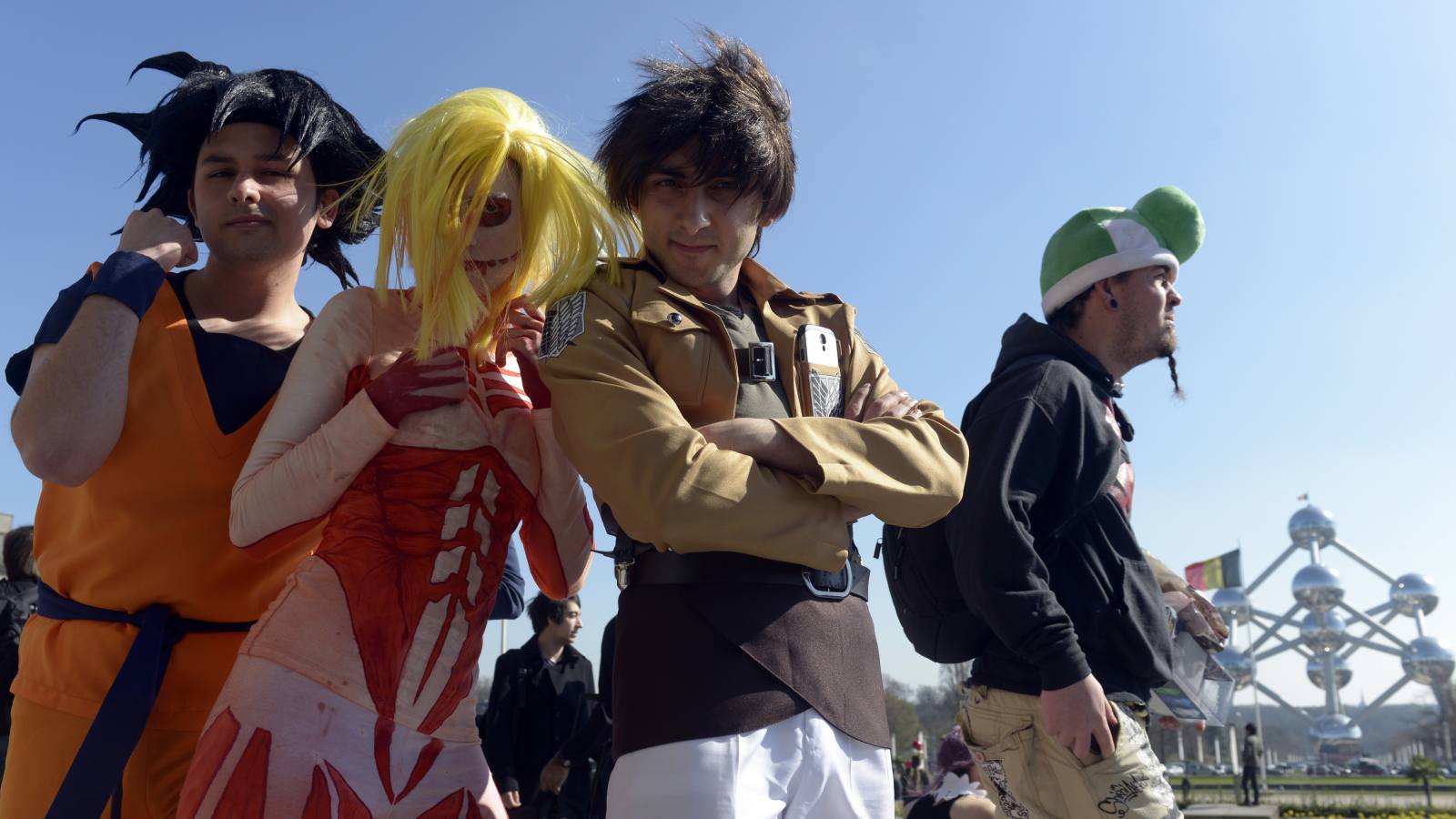 But Thailand still lacks many professional manga artists. Ookbee recruits promising talent who post their creations online, paying them royalties for the manga based on the number of hits. Ookbee also supplies publishing and other support for the artists.

"Readers in Southeast Asia have the shared experience of growing up watching 'Doraemon,'" Pasavon said, referring to the Japanese anime starring the titular robot cat from the future. The company plans similar exports to Vietnam, the Philippines, Malaysia and other parts of the region by 2019.

Thailand's demand for comics hovers around 6 billion yen ($55 million), according to the Japan Manga Alliance, a group owned by four major Japanese publishers plus the Animate retail chain. Japanese manga is seen accounting for a large chunk of the sales. Thailand also hosts around 10 manga companies that translate "One Piece," "Detective Conan" and other household names for local consumption.

Thai manga used to be barely visible by comparison. "There are hardly any publishers that print manga magazines," said an artist. But smartphone apps are transforming the landscape.

NHN comico, the Tokyo unit of South Korean game developer NHN Entertainment, launched a manga reader app in Thailand last year. Local titles make up 20-30% of the catalog. Such apps offer Thai artists an avenue to get around publishers and gain exposure as professionals.

Other digital platforms are fueling the popularity of Thai manga. "Teenage Mom," a series that depicts a girl who bravely takes on the challenges of child rearing, has drawn 1.6 million readers in a country dealing with high teen pregnancy rates. To capitalize on the following and cultivate new fans, mobile messaging giant Line premiered a live-action drama version in August through its video-hosting portal Line TV.

The pitfalls of piracy

App providers generate revenue instead through advertisements, merchandise inspired by hit titles and corporate tie-ups. Thai manga artists do receive a slice of the proceeds, but it remains hard to make a decent living through that occupation.

Yet Thai manga holds the potential to explode due to the many domestic readers who connect with the works. "I feel that Thai manga are more real than Japanese manga," said a 26-year-old woman who works at a Bangkok bakery. "The stories are also easy to read since they are not too deep or complicated."

An exponential growth of the domestic manga industry in Thailand and elsewhere could aid Japanese content exports as well. Works by Japanese authors account for 27% of the global comics market, according to data from Roland Berger, a German consultancy firm. Yet Japan controls just 4% of the animation market, and 15% for video games.