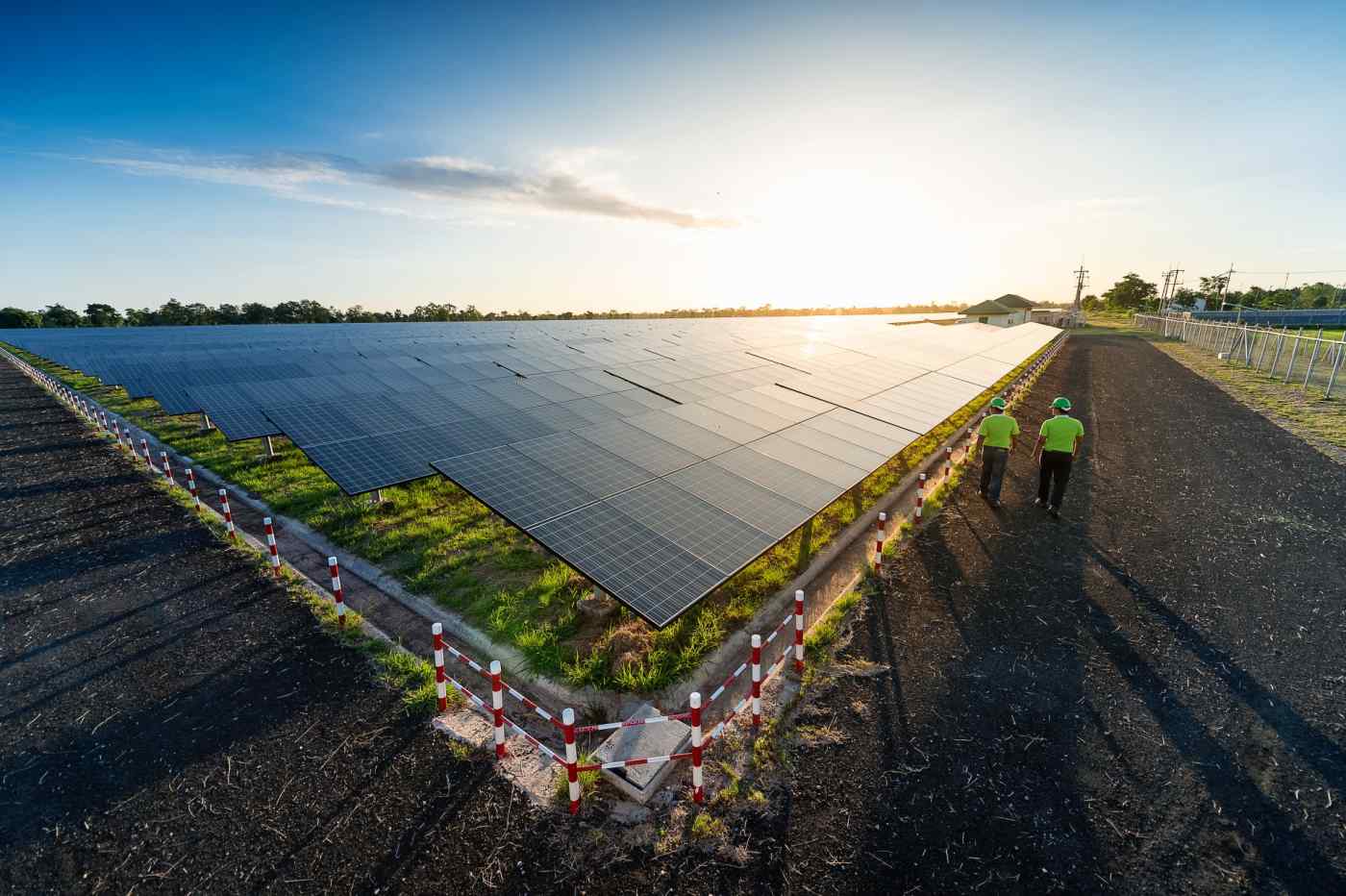 BANGKOK/TOKYO -- Thailand is becoming the center of mega-solar power facilities. The Southeast Asian nation is leveraging its biggest advantage in the field -- its abundant sunshine -- to attract solar power companies to the country.

The companies will likely leverage their success to expand the business to neighboring nations. Such countries have high expectations for the solar business to be the important power source in their rural areas.

The company launched two solar farms in Surin Province in June 2014, with output capacity of 7,460kW each. Tens of thousands of solar panels are lined up under the baking sun in an agricultural district in the northeastern province. Electricity generated there is sold solely to the country's Provincial Electricity Authority, which brings revenue of 240 million baht ($6.92 million) annually to the power plant operator.

Behind the success of the SPCG was assistance from a Japanese company. Encouraged by a strong determination to secure high-quality solar panels for its facilities, the company's CEO Wandee Khunchomyakong visited the headquarters of Japanese panel maker Kyocera, where he negotiated directly with the management of the Japanese company.

SPCG won the panel supply contract, as well as capital investment worth about 1.5% of its stake, from the Japanese partner. Some 1.1 million panels provided by Kyocera have been allocated to most of SPCG's solar farms across Thailand.

About 70% of the electricity supplied in Thailand relies on gas power generation. The government plans to improve the situation by raising the supply of renewable energy to 20,000MW by 2036, 2.6 times higher than the 2014 level.

Solar power supply in Thailand in 2014 came to 1,300MW, accounting for 17% of the combined renewable energy supplies. The Thai government aims to raise the solar power portion of total renewable energy to 30%, or 6,000MW by 2036.

In an attempt to enhance its solar and other clean energy reliance, the Thai government has introduced a feed-in tariff program, which guarantees a fixed price for power to renewable energy suppliers. This has encouraged new businesses to enter the industry, as well as helping existing suppliers to grow further.

Local electricity distributor Superblock in August launched a mega-solar power plant with the capacity of 16MW in the northern Thailand. A leading Thai oil retailer Bangchak Petroleum has developed solar power facilities across the country with a combined output capacity of approximately 118MW. The business expects to enhance the capacity up to 500MW.

Meanwhile, Chinese businesses are looking to opportunities for solar panel manufacturing in Thailand. Photovoltaic module maker Trina Solar is currently constructing a production facility for solar panels and solar cells in Rayong Province near the Gulf of Thailand. The plant, with the investment worth $160 million, is expected to start its operation in early 2016 with 700MW of annual solar cell capacity.

Yingli Green Energy Holdings plans to cover full range of the solar power business in Thailand, from supply of PV panels to construction and operations of power plants.

Back home, oversupply of solar panels has triggered plunges in panel prices in China. Baoding Tianwei Yingli New Energy Resources, a solar panel maker and a subsidiary of Yingli Green Energy, on Tuesday announced that the company had not been able to complete the repayment for its 5-year note, worth 1 billion yuan ($157 million), which was due the same day.

To survive the harsh competition, Chinese PV module makers are now shifting their focus to overseas markets. U.S.-based First Solar has also tapped into the Thai solar panel market along with a local partner.

Japan's Nippon Steel & Sumikin Bussan has completed the construction of a mega-solar facility with a power capacity of 24MW in the Rojana Industrial Park in Ayuttaya Province. The plant began full operations in August 2014.

The new entries of local and overseas businesses have enhanced the solar power industry in Thailand. Looking to opportunities to enhance its growth, SPCG began considering to expand its business to the Philippines and Myanmar. It is currently planning to build a power plant with output capacity of 10-15MW in the city of Mandalay in central Myanmar.

Japan is also a promising market for solar power companies. Thai power systems manufacturer Gunkul Engineering Public and its local partners are constructing solar farms, capable of 30MW output, in Chiba Prefecture near Tokyo and in Miyagi Prefecture in the Tohoku region. The investment amount by the Thai company is as large as 3.5 billion baht for each plant.

Purchase prices for electricity generated in Japan are declining these days, but according to Gunkul CEO Sopacha Dhumrongpiyawut, the rate in Japan is still higher than in Thailand. The business environment is also better in Japan, she said.