The captivating 'girl next door' 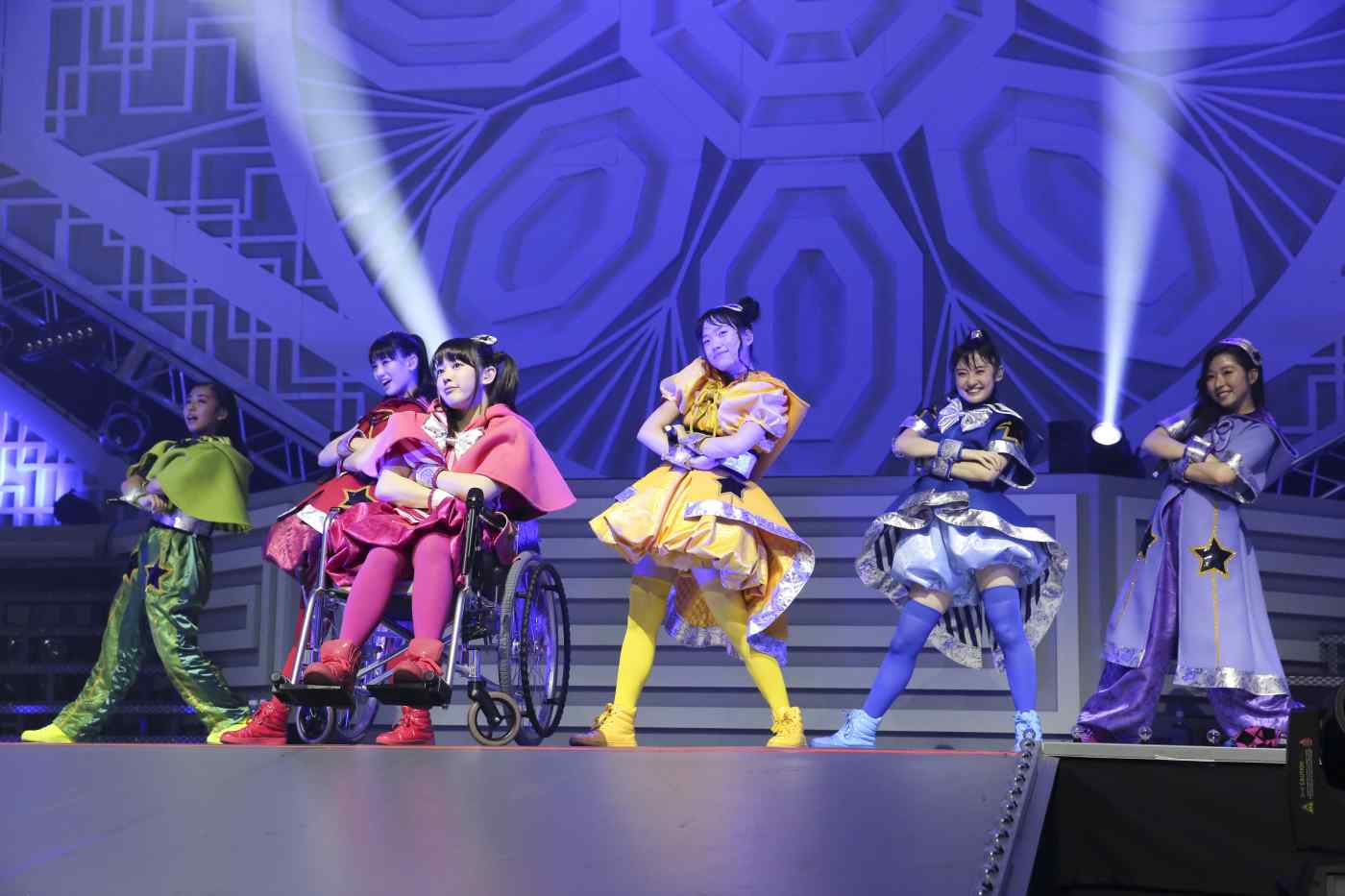 TOKYO -- When Japanese female idol group Team Syachihoko releases an album, fans have three options. If you buy one CD, you get to take a photo with the six-member group. If you buy two CDs, you get to take a "couple shot" with one member of the group, chosen at random. If you buy a whopping three, you get to choose the girl you want to take the couple shot with. Many fans buy 19 CDs to get the full package, a group shot plus one-on-one shots with all six members.

Welcome to the pop idol economy, a world detached from the turmoil of Greece or the roller-coaster ride of the Chinese stock market. Here, fans pour much of their disposable income into following and supporting the idols they adore. "I have become hooked," admitted Yuya Komai, a 28-year-old salaryman in Tokyo, after attending a live performance by Syachihoko on May 9. Since then, he has attended a "high-touch" (high-five) session -- the group does not do handshake events for safety and sanitary reasons -- by group member Yuzuki Oguro, traveled 350km to attend a concert in the group's home town of Nagoya, and is planning to be at the biggest event of the summer, a concert at a beach near Nagoya on Aug. 28.

He couldn't be happier. "The exciting, yet warm and personal atmosphere that you feel at their concerts cannot be matched by any other hobby, be it sports, driving, movies or travel. It stems from the charm and good personalities of the group's members." he said.

Personality is an important element of today's Japanese pop idol. Each member of Syachihoko, and for that matter, all the idols at their talent agency, Stardust Promotion, have personal blogs through which they interact with their fans. They talk about their work, how they did on their school tests (Syachihoko members are high school students), their family, their interactions with other members and their appreciation of their fans. Makuhari Messe in Chiba was sold out for two nights in May for Team Syachihoko's performances.

"The blog is the connection we maintain with fans when we are not performing," Oguro told the Nikkei Asian Review recently.

That is increasingly becoming a real-time connection. Just three hours after their live performance at the Tokyo International Forum on July 11, all four members of boy band DISH had posted comments on the band's blog.

"Thanks for coming. Wasn't it a blast?" wrote Ryuji, the band's blond heartthrob bassist. He had blogged the night before, and the night before that, to talk about rehearsals and how he was looking forward to meeting fans.

By the next day, he had received over 230 responses from fans who were at the show, writing about his jokes and his six-pack abs, which were on full display in one particular outfit.

Sitting in the fourth row at the Tokyo International Forum was Kiyo Kajiyama, a 17-year-old high school student, who said she was a fan of Takumi, the band's main singer. "He's good-looking, he's cheery and you can tell he cares about his fans," she said. She often lines up to attend handshake sessions with the band, but by the time she reaches Takumi her mind always goes blank and the clever words she'd spent hours preparing are never spoken. Nevertheless, "he softly thanks you for coming, and I am so absolutely happy," she said.

In the past, idols were distant stars, whom you'd be lucky to get a glimpse of at the airport. Now the idol resembles the "girl next door" -- lovely, but not completely out of reach. Indeed, "many fans think they could marry an idol one day," said an industry insider, despite the existence of zero such cases.

When Syachihoko traveled to Dalian in northern China this March, over 200 fans followed. Yet although members and fans checked in to the same hotel, fans were careful not to board the same elevator with the girls, so no one would know where they were staying. "For fans, the most crucial thing is to be liked by the members. They would never do anything that would cause discomfort," said a Stardust employee.

The management company enforces strict rules for its idols. For example, they are not allowed to cut their hair. Then there are the "three no's" -- No drinking, no smoking and definitely no boyfriends.

If they break these rules, the consequences can be severe. Earlier this year, Miori Takimoto, an actress and lead vocalist for girl band Lagoon, was caught by paparazzi dating Taisuke Fujigaya, a popular member of idol boy band Kis-My-Ft2. Hundreds of fans are said to have left their respective fan clubs, which are a profitable platform for selling concert tickets and celebrity related goods.

Disheartened and enraged, female fans of Fujigaya took to the blogosphere to express their unhappiness.

"I was a devout fan but as of today, no more. I don't want to see him on TV, nor do I want to read about him in magazines," wrote one fan. "Every story about him makes me think of his time with this woman."

"He can live in a posh condominium and drive an expensive Mercedes because we fans supported him," wrote another. "He should at least made an effort to hide the romance."

Kazumi Nagaike, an associate professor at Oita National University and an expert on popular culture, said, "Fans attempt to transform idols into fictional characters rather than accept their real identities. Handshake events are an opportunity for fans to expand their fantasies."

Now, Japanese talent agencies are looking to Asia as a new frontier of growth. Until now, Korean K-Pop stars such as TVXQ, EXO and Girls' Generation enjoyed dominance in the entertainment markets across Asia. But Japanese agencies see potential demand for alternatives.

"The Japanese model is based on the notion of kawaii, or loveable. They portray an immature and fragile figure that needs the fan's support to grow" Nagaike said.

While Korean stars stir awe through their toned bodies and well-choreographed dance moves, Japanese idols, the "girls next door," offer a much more relaxed package. And, for Asian fans too, perhaps a hint of the possibility of marriage at the end of the road.