Operators are testing a preset-fare system, eyeing a launch in 2018 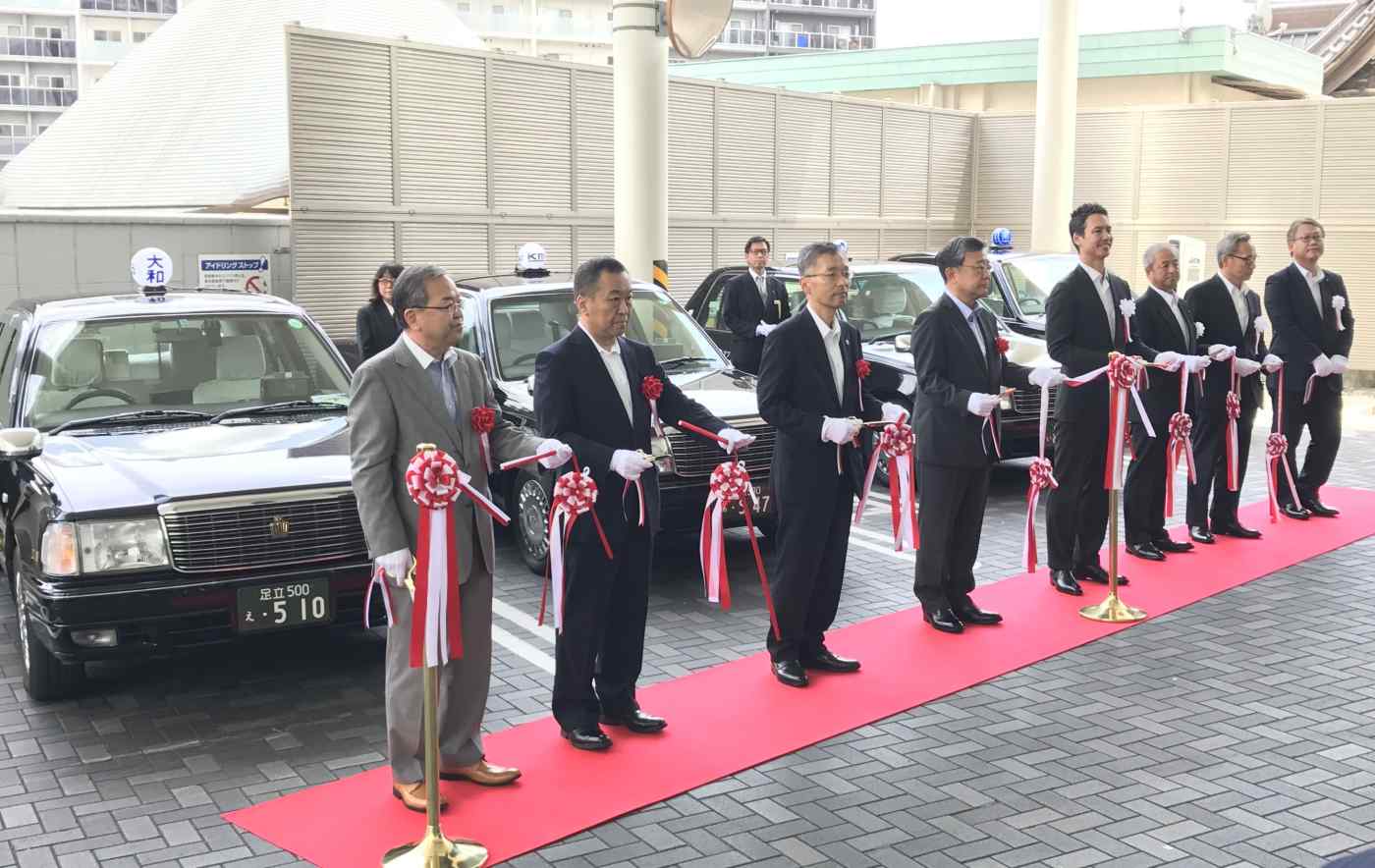 TOKYO -- Taxi companies in Tokyo on Monday began testing a new app-based system that lets customers see the final fare when booking a ride. The move is aimed at helping them stay competitive amid the growing popularity of ride-hailing services, such as those offered by Uber Technologies.

Under the trial system, users book a taxi through a smartphone app, selecting the pickup and drop-off points. The fare is then calculated based on the time and distance to the destination. Once a price is agreed upon, it will not go up even if the taxi gets stuck in traffic or takes a longer route. Taxi operators believe that the possibility of escalating fares is a concern for many potential customers.

"We will update the entire [taxi] industry," Ichiro Kawanabe, head of the Tokyo Hire-Taxi Association and chairman of Tokyo-based taxi operator Nihon Kotsu, said at the kickoff ceremony for the service on Monday.

With the exception of some fixed-destination services, such as airport taxis, this is the first attempt at preset fares in Japan, according to the Ministry of Transport. Taxi operators aim to officially launch the service next year after studying feedback from the two-month trial.

A total of 44 taxi operators with a combined 4,648 cars -- or about a ninth of the taxis plying the streets of Tokyo -- are participating in the trial. During the test period, the service will be offered only for trips exceeding 3,000 yen ($27). A taxi industry official explains how to book a preset-fare taxi on a smartphone app.

At the ceremony, Kawanabe said that Tokyo taxis have been taking steps to steadily improve service ahead of the 2020 Tokyo Olympics and Paralympics. Earlier this year, taxi companies lowered the base fare from 730 yen to 410 yen and raised fares for longer trips, to better meet demand from customers seeking shorter rides, such as foreign tourists. Also, Kawanabe said operators will overhaul their fleets later this year by adding new wagon-style models.

A big factor driving all these changes is the rise of Uber and other new competitors. The Japanese market is still dominated by conventional taxis, but app-based services like Uber and China's Didi Chuxing are winning more and more users abroad. Tokyo taxi operators are keen to introduce methods that will enable them to better compete with those services as they become more prevalent in Japan.

Kawanabe told the Nikkei Asian Review that the changes sweeping the industry have prompted Tokyo taxis to change, too.

"We have to learn from and adopt overseas services, including app-based operations," he said.