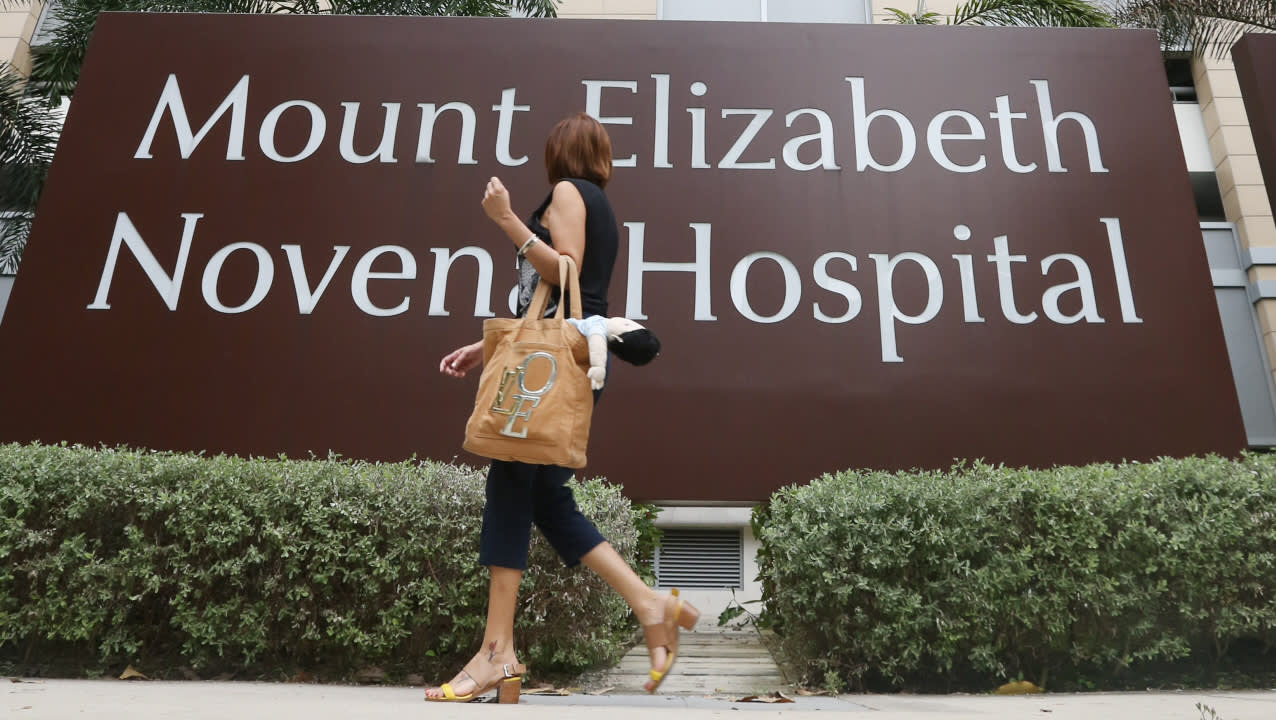 SINGAPORE -- The Mount Elizabeth Novena hospital is a sprawling, modern complex just north of Singapore's central business district. Inside, it is packed with small, specialist clinics -- a high-class mega-mall for medicine that serves the local market and well-heeled visitors from around Southeast Asia.

On the seventh floor, a clinic called the Harley Street Heart and Cancer Centre has built a solid business around referrals from overseas, mainly from Indonesia and Vietnam, although some customers travel from as far afield as Mongolia and Russia, usually when they need specialist care or a second opinion.

"If they are coming because they have got a complex medical problem, often they are here because there is a word-of-mouth recommendation for a doctor in Singapore that they have heard can deal with it," said interventional cardiologist Dr. Rohit Khurana.

Singapore has long traded on its reputation for high-quality healthcare in a region where specialist services are limited and hospitals are sorely overstretched. But that model is looking increasingly shaky, as competition from emerging medical tourism destinations that can compete with the city-state on price, and as local healthcare systems begin to improve around Southeast Asia.

The Singapore Tourism Board has not released figures for medical tourism receipts since 2014, when the country earned $994 million -- well above $832 million in 2013 but down from the 2012 peak of $1.1 billion. Since then, however, there has been a steady decline in the number of patients arriving from Southeast Asia, according to industry experts.

There are various factors eroding the gloss on Singapore's medical tourism industry. More than half a million Indonesians travel overseas for medical care each year, many to Singapore, according to Indonesian government estimates. But that number is gradually falling as domestic healthcare improves.

"We are seeing a lot more [patients] diverted... presumably to places like Melaka, Penang [in Malaysia] and even just across the Causeway in Johor. There are hospitals there that are brand new, and they offer a very competitive rate. For screening, they have absorbed a lot of that market," Khurana said.

The Harley Street clinic relies partly on the rarity and value of its specialism in cardiology and oncology -- both fields that are in high demand in Southeast Asia, where changing lifestyles and higher life expectancy are driving up the burden of non-communicable diseases. In Indonesia, 37% of deaths are attributable to cardiovascular diseases, according to the World Health Organization; in Malaysia, the comparable figure is about 36%.

Beyond that, Khurana is looking to technology. Six months ago the clinic set up a system, SmartMD, which allows patients to have remote consultations with specialists.

"This has become a very important part of our practice," Khurana said. "For many of my patients who go back to their home countries after a procedure but cannot readily come back after two weeks or one month... how we keep in contact with them is by telemedicine." Patients have shown themselves to be very receptive to the technology, he added.

There are some in the healthcare business who say that Singapore should see the emergence of neighboring markets as an opportunity, rather than as competition.

In 2016, there were 27 million households in Indonesia, the Philippines and Vietnam with annual earnings over $10,000; by 2020, that number will be nearly 52 million, according to the Economist Intelligence Unit. This makes for an enormous potential market for companies that can offer low-cost, high-volume services.

"Those that can afford it are coming to Singapore. But our view is that this is an unsustainable business model," said Abrar Mir, co-founder and managing partner of healthcare investment fund Quadria Capital. "The need is in the bigger markets. It's Indonesia, it's Cambodia, it's Vietnam."

In early July, Quadria invested in MWH, a Singaporean healthcare company that specializes in cardiovascular and neurological procedures, with a view to expanding the business into the wider region.

"Our proposition is to take Singapore to the people. What we want to do is build a scalable business where we can take this expertise from Singapore and create and implant it into these big markets ... where access to good quality hospitals and doctors is lacking."

However, Singapore's healthcare companies have historically focused on care for a small market of affluent consumers. The country's gross domestic product per capita is five times that of Malaysia and more than 10 times that of most of the rest of the region.

"This is not a particularly scalable model," said Jeremy Lim, Asia-Pacific head of health and life sciences at Oliver Wyman in Singapore. "If you expand into the region, into Thailand, Vietnam, Indonesia, and into the middle class and lower middle class, you need a robust, scalable model, almost like the industrialization of healthcare."

Lim said that Singapore's healthcare companies need to learn to leverage the Singapore brand, and build an operating model that they can roll out efficiently and consistently -- a process he jokingly called the "McDonald's-ization" of healthcare. "There's a sweet spot where a healthcare operator who has a strong, scalable model, combined with the Singapore branding, could be a very attractive proposition," he said.

Some medical tourism operators are looking to diversify their client base to buy more time.

Two or three times a week, Ulink Assist responds to emergencies, evacuating patients from Southeast Asia to Singapore by private jet for urgent care. It is a high-cost, high-margin business that the company has spent more than 20 years building. But looking at recent signs of a drop-off in Singapore's medical tourism business, Chien-Wei Tan, the company's director, is worried that its days might be numbered.

"I think Singapore has been lucky," Tan said. "Indonesia is the number one outbound referral country for medical tourists, and we are right next to it. We are just, I guess, in the right place."

With Indonesian volume declining, Tan has opened an office in Myanmar, competing with Thai hospitals, which have historically dominated the market, and with new entrants from Malaysia. In December 2015, Malaysia opened a medical travel representative office in Yangon, to try to capture some of the growing Burmese market.

"The Holy Grail for Asian medical tourism is China," Tan said. "Even three years ago, if we were to spend time in China, it was not worth our time. No return on effort. Because the Chinese just do not go overseas for medical treatment. But in the last three years, it has been quite dramatic."

Chinese medical tourists still prefer to head to prestigious hospitals in the U.S., Tan said, but he hopes that Singapore's relative proximity, culture, climate and American-trained doctors might make it a viable alternative.

Even with that potential market, he is exploring other options, including shifting his company's focus toward elder care in Singapore.

"I'm not very optimistic," he said. "We are quite established, so we are quite well-positioned. I am hoping my competitors will be affected more than I am. I think if Singapore does not address its cost problem soon, it is just one way... I think if I were a Singapore doctor just entering the market, I would not rely on medical tourists."