Why forest protection in Southeast Asia will hurt Japan 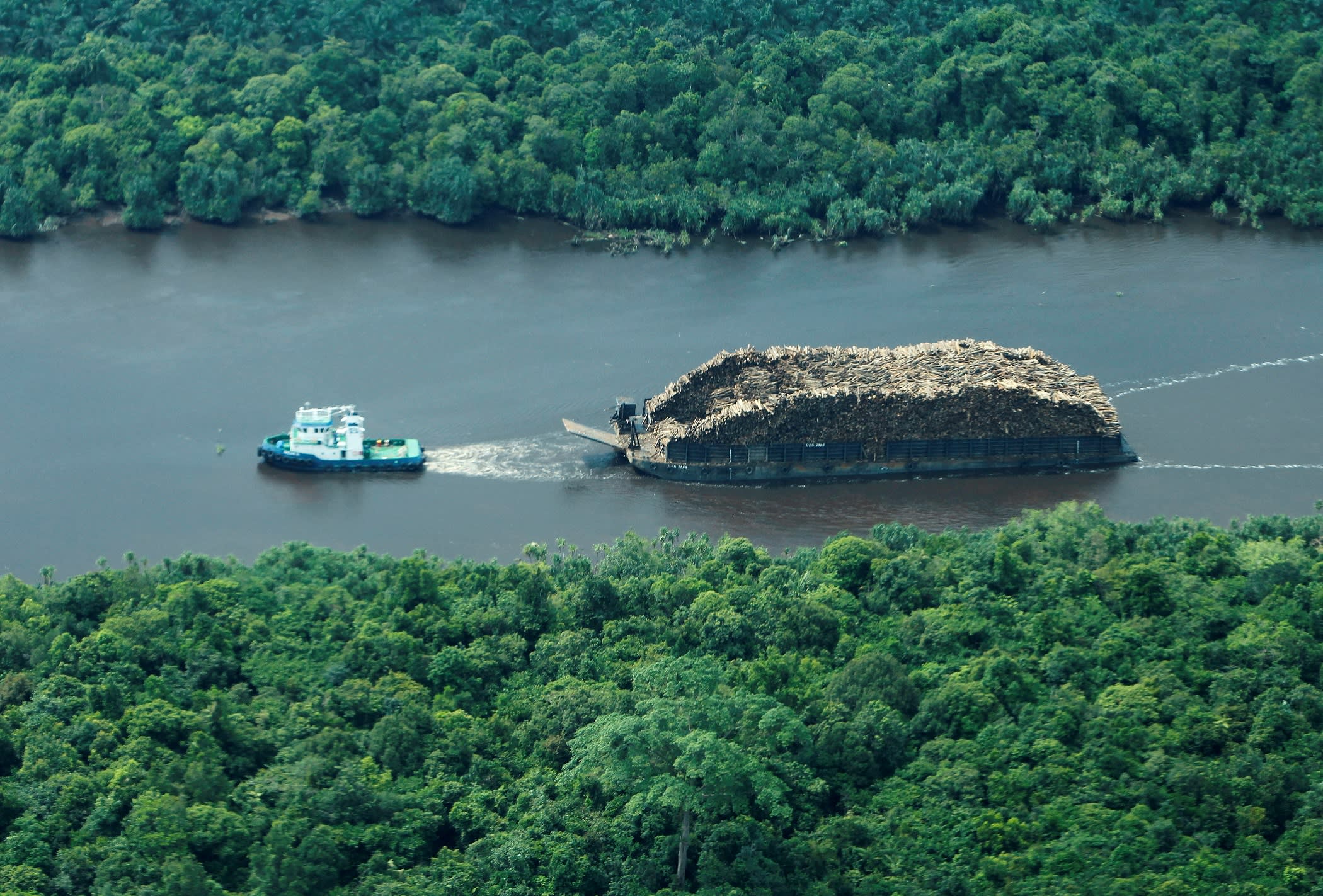 While there are hopes that Japan's own lumber industry can pick up the slack, that is unlikely. Plywood from Japanese trees lack the strength of the stuff from Southeast Asia, and there simply is not enough of it. 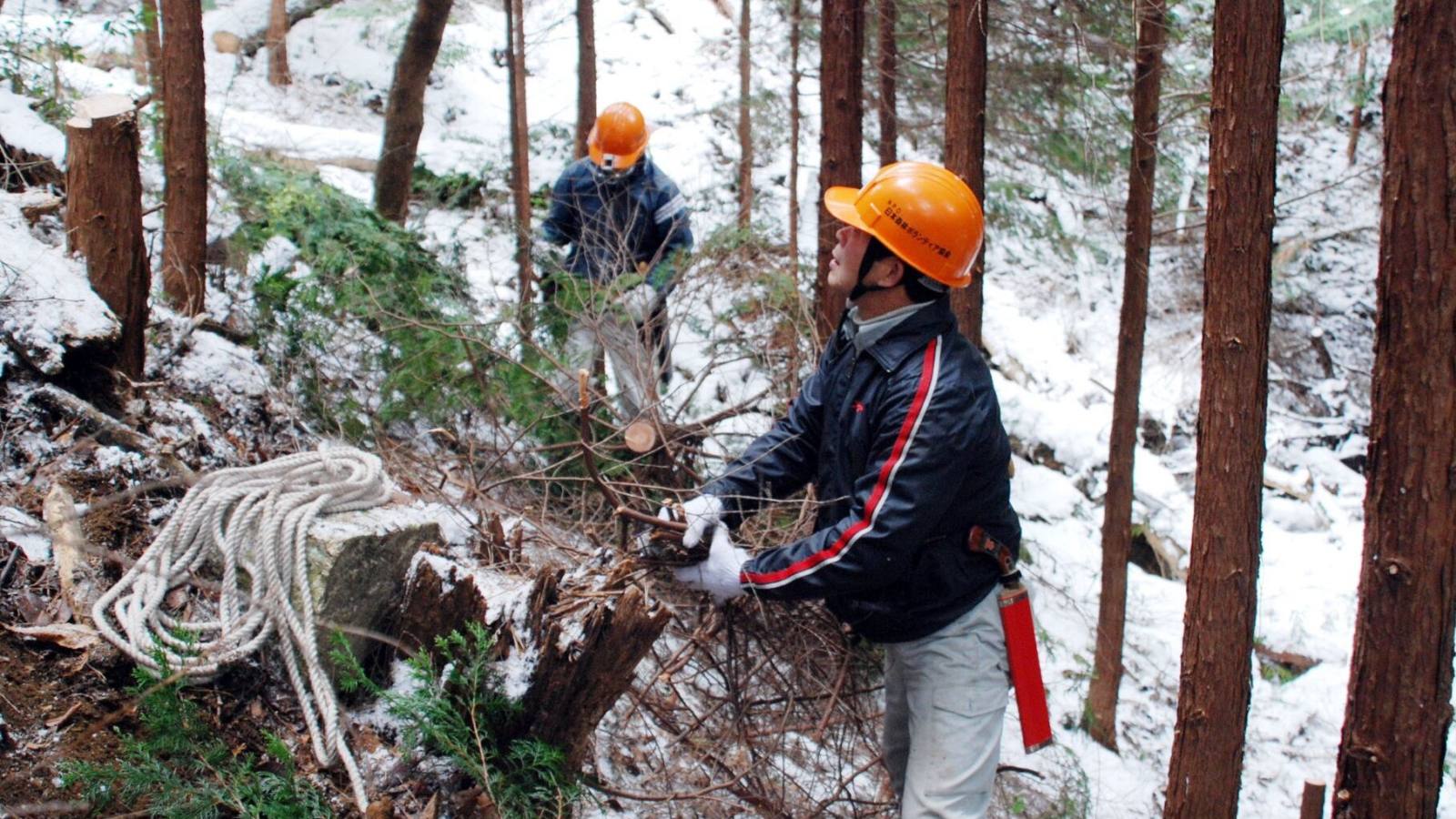 But here in the present, Japanese concern is building over environmental regulations in Malaysia.

In an effort to protect tropical forestland, the Sarawak state government in July raised the "timber premium" that it levies on commercial logging. A cubic meter of lumber is now taxed at a uniform $12, compared to a maximum of 70 cents previously.

Meanwhile, Malaysia has reduced its export quota to 20% of total logging volume. Previously, it was 30%. The country has also introduced a restriction on logging that fluctuates according to the size of the trees being felled. 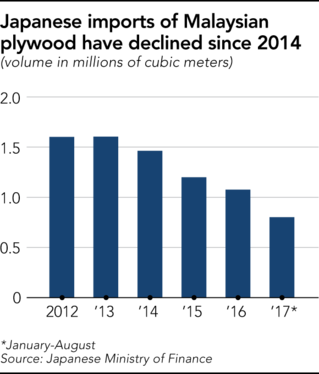 Due to the higher tax and tighter restrictions, prices of Malaysian plywood exports to Japan are on the rise, with the median price of October-November shipments reaching $560 per cubic meter, up over 20% from the June contract price.

More bad news for Japanese contractors: A big Malaysian plywood maker says it will cut exports to the country by 30%.

Southeast Asian lumber has superior strength, and Japan has an especially heavy reliance on the region for the plywood boards used to shape concrete at construction sites. These boards are sawed from tall, nearly 50-year-old meranti and other trees that have few knots.

The amount of plywood that Japan uses every year for formwork is estimated at about 700,000 cu. meters, of which nearly 90% is from Southeast Asia, mainly Malaysia and Indonesia, according to the Japan Plywood Manufacturers' Association.

Japanese products are typically made from relatively knotty coniferous trees. According to a construction company source, formwork material made of Southeast Asian products can be reused about 10 times -- twice that of molds made of Japanese wood.

Even though there is a Japanese government policy to promote the country's lumber industry, Koki Shobayashi, the president of Tokyo lumber trader SIT, believes it would be difficult to make up for the entire shortfall in formwork-use plywood with domestic boards.

According to Hosoya, Japanese technology can come in handy in a number of ways. It could be used to help improve soil, to more efficiently log the innermost areas of a forest and in transportation.

In Indonesia, Japanese assistance has helped tree farmers produce trees that acquire enough strength in 10 to 15 years. Plywood from these trees is increasingly used in furniture and in interior walls.

Currently, boards from these farmed trees comprise less than 10% of what Japan imports for formwork use. Perhaps this could change: Japanese trading house Mitsubishi Corp. and a Malaysian company are engaged in forest farming in Sarawak, and the Japanese government in May worked out a development support policy for Malaysia that includes assistance in protecting the environment.