Truck makers steering away from diesel 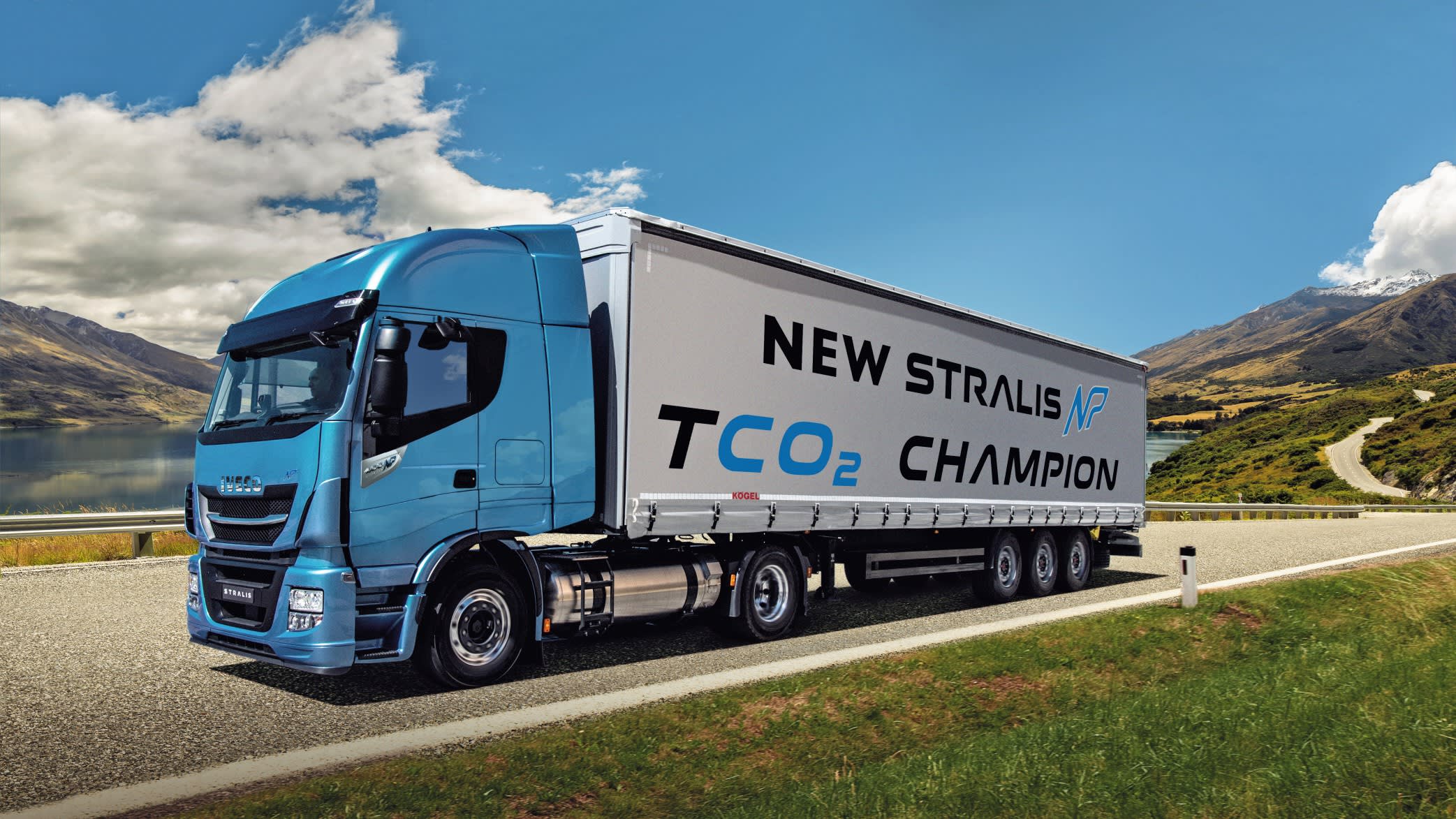 TOKYO -- The shift from diesel as an automotive fuel is gaining traction in not only passenger vehicles, but also commercial trucks.

While a majority of such trucks are now diesels, a number of countries are moving to wean themselves off the fuel. Natural gas, a cleaner and more economical alternative that can offer an equivalent driving range, may become a mainstay in the sector.

Italian commercial-vehicle giant Iveco plans to offer large trucks that run on liquefied natural gas in Japan as early as 2018 via local dealerships.

Ryobi Holdings, a logistics services company based in Okayama Prefecture, will also work with Iveco on production and sales of natural-gas-powered buses.

Natural-gas technologies are mature and can support the type of long-haul transport that electric vehicles could be hard-pressed to handle, Iveco President Pierre Lahutte told The Nikkei. While passenger cars are likely to shift toward electrics, applications in trucks may face many challenges, such as disposing of used batteries, he noted.

Isuzu Motors is working to double the driving range of natural-gas trucks. An Isuzu truck that uses compressed natural gas as fuel has a range of around 500km, falling far short of diesels. The company is developing a truck that uses LNG, which can deliver more natural gas than CNG in the same volume. LNG can deliver a diesel-level 1,000km range in even a large truck.

Test driving will begin as soon as next year and wrap up as early as 2019 ahead of mass production.

Globally, natural-gas vehicles number around 24 million. China, the world's largest auto market, accounts for the most at 5 million units. Electric vehicles, by comparison, come to only around 2 million.

Natural-gas vehicles are similar in design to gasoline vehicles and offer cleaner emissions, emitting 15% less carbon dioxide than diesels. Fuel costs could also be about 40% cheaper for LNG than for diesel.

Japan has only around 40,000 natural-gas vehicles on the road, including passenger cars. While more than 30,000 gasoline stations are equipped to refuel diesel trucks, the country has only 270 natural-gas filling stations. To dramatically boost the count, Japan would need an initiative like the European Union's efforts to set up more natural-gas stations along key roads.