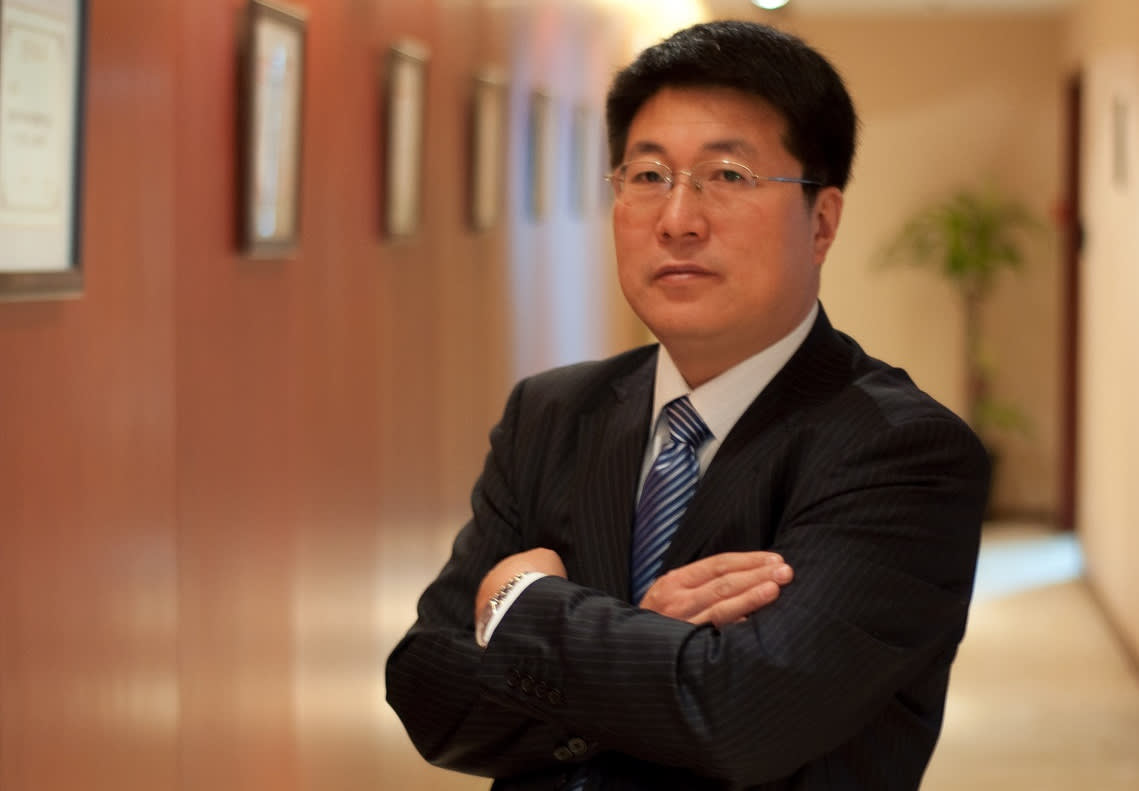 Chairman says Toshiba bid not 'worthwhile' as chances are slim

BEIJING -- Beijing-backed tech conglomerate Tsinghua Unigroup is undeterred in its race to become a global chip titan, even after a series of setbacks in its recent overseas shopping spree.

Group Chairman Zhao Weiguo told the Nikkei Asian Review that by 2020 his group will definitely close in on Qualcomm and MediaTek, the world's top two mobile chip providers. The group aims to be among the top five memory chip makers globally in a decade, according to Zhao.

"I think it only takes time for China to catch up in the semiconductor industry," Zhao said, referencing China's rise in the global TV panel market over the past decade.

"Taiwanese and South Korean chip industries developed technologies over time and can compete with the U.S. chipmakers now. China can make it, too," he said.

At the end of March, Zhao's group secured new funding of up to 150 billion yuan ($21.8 billion) from both China Development Bank and China Integrated Circuit Industry Investment Fund, a major state-owned investment vehicle created to help the country become self-sufficient in semiconductors. The new round of financing is for future projects aimed at strengthening the domestic chip sector.

Zhao, one of the leading figures spearheading China's chip ambitions, said Tsinghua Unigroup is focusing on advanced 3D NAND flash memory, used in a wide range of electronics such as smartphones, and chips for mobile and other connected devices. 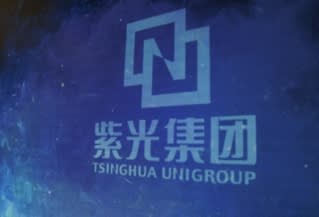 Tsinghua Unigroup is viewed as China's vanguard in building its semiconductor sector in order to reduce reliance on foreign chipmakers. (Photo by Cheng Ting-fang)

To carve out China's place in the global semiconductor market, the group's affiliate, Yangtze River Storage Technology, known as Changjiang Storage, has announced construction of two memory chip facilities with a combined value of $54 billion in Wuhan and Nanjing.

For developing memory chips, according to Zhao, at least several thousand engineers will be needed for its Wuhan facility, which will begin first stage production by 2018.

Spreadtrum will be able to catch up to Qualcomm and MediaTek -- or at least narrow the technology gap between them -- when 5G chips, which the company has already started to develop, become a mainstream product in a few years, Zhao said.

5G, or fifth generation, refers to the next generation of mobile communications technology that may be available by around 2020. It is expected to offer faster connection speeds and lower latency -- the time a telecommunications network needs to respond to user input. 5G will empower emerging technologies, including autonomous cars and artificial intelligence as well as augmented and virtual reality.

Yet as China aggressively pursues its own chip technology to reduce reliance on foreign companies, it also faces growing resistance worldwide to its acquisition attempts. Some governments see a growing Chinese presence in this sector as threats to their own national security.

This is likely why Tsinghua Unigroup failed in its previous bids to invest in Micron and Western Digital, two major American semiconductor companies. Moreover, the state-backed group's attempt to purchase a 25% stake in each of three Taiwanese chip assemblers -- Siliconware Precision Industries, Powertech Technology and ChipMOS Technology -- also fell through following regulatory scrutiny.

As a Chinese company in search of foreign deals, setbacks are not unique to Tsinghua Unigroup: U.S. regulators have blocked other acquisitions involving Chinese capital in recent months. In early 2016, the inter-agency Committee on Foreign Investment in the United States failed to approve an offer made by a Chinese consortium for a U.S.-based lighting unit of the Dutch electronics conglomerate Philips.

Not bidding for Toshiba

Zhao is all too aware of mounting challenges for Chinese entities to snatch foreign companies and technologies when he said his group will not bid for the NAND flash unit of embattled Japanese conglomerate Toshiba.

"If we bid for Toshiba, we will just be a tool for them to drive up the overall bidding price ... I don't think it's worthwhile for us to waste energy on the deal that is unlikely to go through," the entrepreneur said.

Zhao also said that some of the current memory chipmakers do not want newcomers to enter the battle in order to avoid impacting their current businesses. "It's not reasonable for some foreign companies to cite political factors or oversupply worries to prevent latecomers' efforts, especially when the huge memory chip market and price are dominated by a small number of companies," explained Zhao.

Taiwan is a "more closed and inward-looking place" in the world as regards to Chinese semiconductor investment, as it allows none. "U.S., Japan and South Korea are more open in this aspect," Zhao said, adding that at least American and Japanese companies are more willing to set up joint ventures.

He said that for now, the group would focus more on developing technologies themselves by hiring more talent rather than seeking global acquisitions or securing licensing from other companies. Over the past year, the Chinese conglomerate has managed to recruit high-profile executives from Taiwan, including former Chairman Charles Kao of Inotera Memories, now fully owned by Micron, and former Chief Executive Sun Shih-wei of United Microelectronics.

It is also widely speculated that Tsinghua Unigroup has poached a group of former Inotera engineers, as Micron has engaged both the Taiwan Ministry of Justice Investigation Bureau and the U.S. Federal Bureau of Investigation to look into possible theft of intellectual property.

The Chinese company said in a statement on April 12 that it did not violate any laws, but did not deny it had recruited many foreign employees.

Roger Sheng, a Shanghai-based analyst at research company Gartner, described Tsinghua Unigroup's role as "national champion" in leading China's semiconductor ambitions, but said it still needs to overcome many challenges. Sheng also said that because China has almost no tech background in memory chips, creating new technologies and building facilities simultaneously on its own would be very difficult.

"The company did attract many engineers from Taiwan and South Korea with higher pay, but to run memory facilities requires a really big team," Sheng said. "A lack of enough experienced talent in the sector is still a big hurdle for China's advancement."