MGM hopes a new resort in Macau will provide a blueprint for a similar palace in Japan, should it win a gaming license in the East Asian nation.   © Reuters
KENTARO IWAMOTO, Nikkei staff writerOctober 31, 2017 15:37 JST | Japan
CopyCopied

TOKYO -- Among countries and regions in Asia that have and expect more gambling parlors, Japan and Macau are the only two that interest the world's second largest casino operator by revenue, said the chief executive of MGM Resorts International, an American company that has properties in the U.S. and Macau.

Other big names in the gaming industry also have eyes for Japan, which recently legalized casinos. They include Las Vegas Sands, the largest casino operator by revenue and known for the Marina Bay Sands in Singapore. Malaysia's Genting, which recently issued 20 billion yen ($175 million) in bonds in Japan through its Singapore unit, and Macau operators Melco International Development and Galaxy Entertainment Group are also in this group.

Other companies looking to get into gaming have cast their eyes elsewhere in Asia. Hong Kong-based Chow Tai Fook Enterprises, for example, is working on a project in Vietnam.

As for MGM, it is focused on winning a casino license in Japan and expanding in Macau, according to CEO James Murren. "Japan and Macau are the only major interests we have" in Asia, Murren said while in Tokyo in late October.

He added that he has visited Japan 15 times in the past three years to meet potential business partners and scout out locations across the country.

Japan legalized casinos last December and is now creating regulatory frameworks that the gaming industry will have to follow. Meanwhile, the Philippines, Vietnam and South Korea are scrambling to upgrade their own gambling industries. Seeing opportunities in the region, casino operators are deciding which markets to focus on.

"We don't need to be in every market that allows for resorts," Murren said. "I think regulatory, economic, cultural and social opportunities in Japan are vastly greater than what we would find interesting in the Philippines," which MGM had eyed in the past. 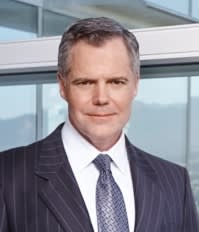 In Japan, Murren said, his company will form a consortium with Japanese companies to build an integrated resort -- a hotel, stores, a theater, other facilities and a casino that would represent 2% of the total floor area. The casino will likely account for a significant portion of the resort's total revenue, but Murren said it is difficult to define the percentage at this point.

The consortium's total investment would be as much as $10 billion, he said, declining to talk about estimated returns because regulations have yet to be finalized. There are "so many variables," he said, then added, he "would not expect a very big short-term gain."

In Asia's biggest gaming market, Macau, high rollers who are catered to in private parlors will no longer be seen as the core customer, Murren said. Instead, the casino operator will focus on the high-end mass market.

Macau casinos have been welcoming fewer VIPs in recent years, partly because of China's anti-corruption drive. In 2016, MGM's Macau business logged a 26% drop in VIP revenue.

Murren said the weaker revenue and stronger competition trends in Macau were "very predictable" when looking at the "tremendous growth" the region had experienced. Citing the Chinese government's continued infrastructure investments in the region, Murren said, "I believe the mass-market business will continue to grow significantly."

Murren said the new MGM Cotai, a casino resort opening next year in Macau, will put the focus on the high-end mass market. He said the resort will feature an interactive theater, public spaces and local restaurants. The project, he said, especially the partnerships with area restaurateurs, "provides some guidelines for Japan."