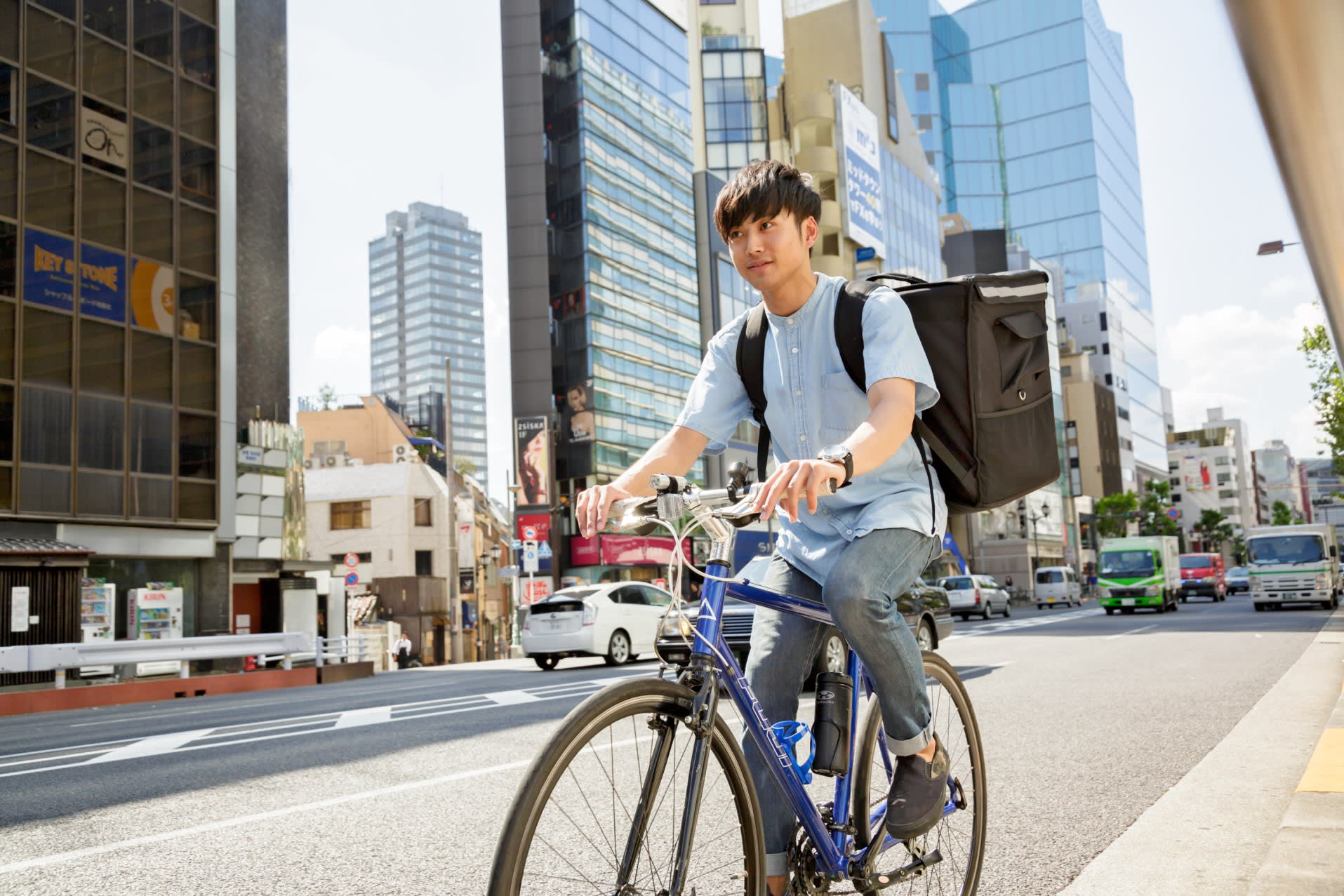 TOKYO -- U.S. ride-hailing giant Uber Technologies announced it will roll out a food delivery service in Japan on Thursday, extending the reach of the sharing economy in a country where it has not been embraced as readily as elsewhere.

UberEats, which launched in its current form in Toronto last December, has expanded to 33 cities, including Paris and London, spanning seven countries. Orders take 34 minutes to arrive on average, Uber said.

Deliveries are handled not by restaurant workers, but by couriers using their own bicycles or scooters, with Uber serving as a middleman. "We offer a new working style where people can take advantage of their free time," Uber Japan President Masami Takahashi said at a news conference on Wednesday. A demo of the UberEats app shows how customers will order their food.

When a customer places an order through UberEats, Uber's system picks it up and sends a delivery request to a nearby courier. This obviates the need for restaurants to maintain their own delivery vehicles or staff. The service will have about 1,000 registered couriers at launch, according to Uber.

The ride-hailing service with which Uber made its name is tightly restricted in Japan. But these regulations do not cover UberEats, which involves delivering food via bicycles and scooters, rather than ferrying customers in cars.

The service will initially cover parts of Shibuya and Minato wards in central Tokyo, with plans to expand later. More than 150 restaurants have signed up, spanning a variety of cuisines including Japanese, Chinese and Italian. "More than 60% of our partners are offering delivery for the first time," Takahashi said.

Customers can check their order status on the app. No delivery fees are charged now, though Uber plans to change this in the future. Payments are split between Uber, the restaurant and the courier.

Ensuring delivery quality will be key to getting UberEats to take off. Prospective couriers just need to provide identification and attend an orientation session. But workers will probably need some experience to make sure that food still looks and tastes good after delivery. Though Uber offers a courier rating system for customers and restaurants, compensation for such problems as dropped meals will as a rule be up to the courier and the restaurant, according to the company.

Driver pay is another issue. Couriers in London have been planning strikes over low pay for deliveries, U.K. media reported in August. Uber does not disclose how food payments are split, a lack of transparency that could stymie efforts to expand.

While Uber does not provide data on global usage of its new services, their potential is not to be underestimated if the explosive growth of Uber's ride-hailing service is any indication. The company could use the courier network it builds in Japan for deliveries besides food.

"Uber may become a new competitor," a top official at a major ground shipping company said.