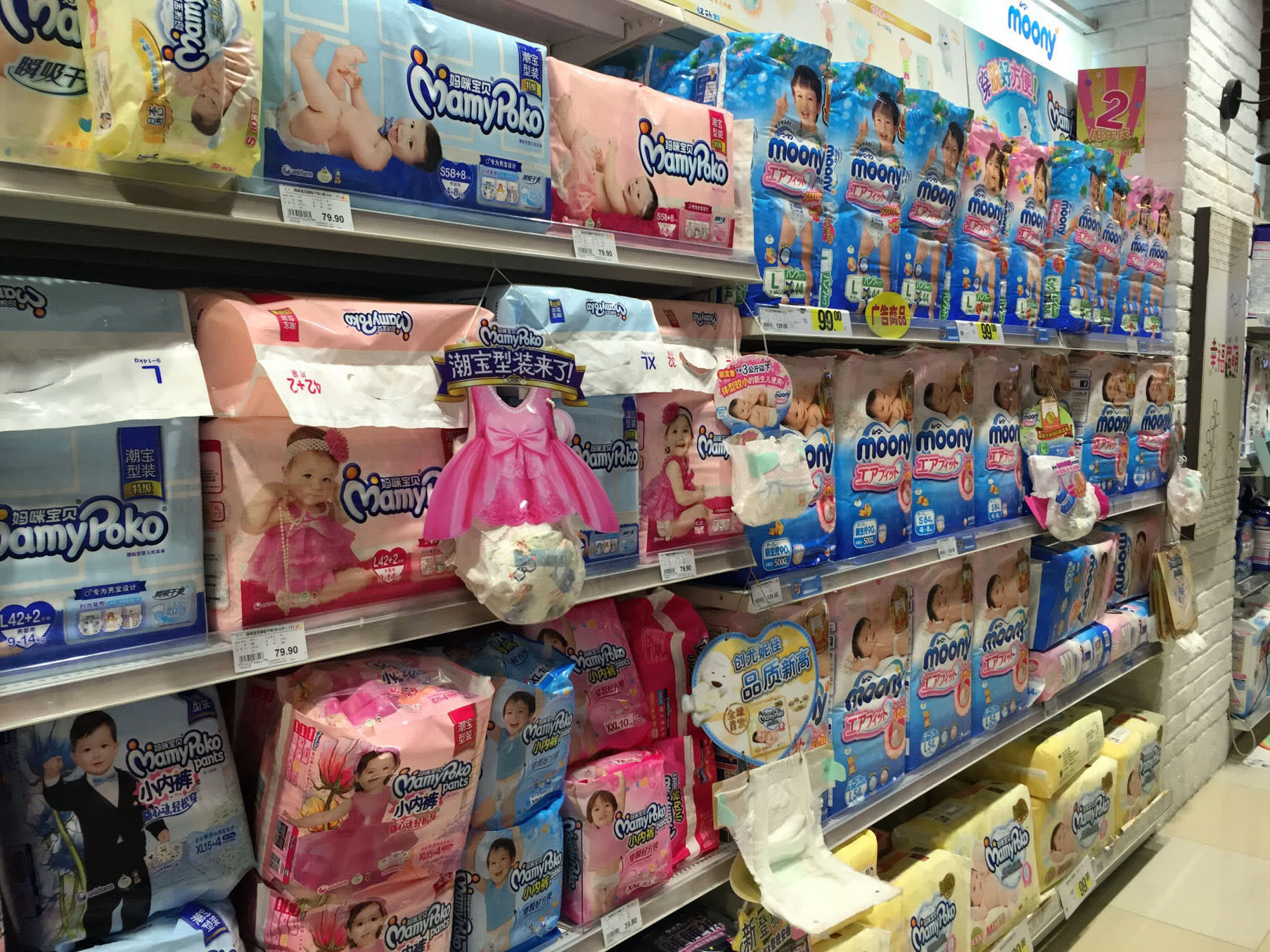 TOKYO -- Unicharm aims to regain its mojo in China by exporting diapers from Japan rather than selling ones manufactured locally.

While Japanese peer Kao reaps a steady profit from its Chinese disposable-diaper business, Unicharm is expected to incur an operating loss in the field in 2016 for a second straight year.

One of the early entrants into China's disposable-diaper market, Unicharm set up five diaper factories there to push its business model of manufacturing goods where they were sold.

But "signs of a market change started emerging around 2013," President and CEO Takahisa Takahara recalled. "We should have responded a little sooner."

What Unicharm misread was Chinese consumers' insistence on Japanese-made diapers for their safety and reliability. Rival Kao chose to export diapers intended for the Japanese market to China, a strategy that proved a huge success.

The company faced other problems. It positioned the affordable MamyPoko diapers as its main brand in China rather than the high-end Moony, and used large supermarkets and other conventional venues as sales channels. This game plan worked well until consumers sought higher-quality versions and turned to the online market.

Unicharm's Asian business enjoyed operating margins of 13-15% through 2013. But the number started tumbling in 2014, sinking to just 6.9% for the first half of 2016 amid the Chinese diaper slump -- weighing on the companywide figure of 10.2%. Inventory swelled, reducing shipments and lifting costs. It is expected to take until year-end before the company can rein in inventories.

Eyeing a comeback, Unicharm plans to ramp up exports of Japanese-made diapers to China. It is building an energy-efficient, smart factory in the Fukuoka Prefecture town of Kanda, slated to be completed by 2018. The plant is expected to drastically increase the company's capacity to export Moony diapers not only to China but to other Asian markets as well.

Unicharm's move will come four years after Kao began producing diapers for overseas markets at its Sakata factory in Yamagata Prefecture. But "we'll catch up without doubt," Unicharm's Takahara pledged.

Unicharm has also modified its business plans in China. It is increasing sales of pant-style diapers to meet the shift in demand. The company is bolstering e-commerce efforts by boosting spending on related marketing. Its diaper factories in China are switching production to pant-style diapers, while some equipment has been moved to factories in Japan and elsewhere. The Chinese diaper business is seen turning a profit in 2017.

"We don't think we're going to lose. Our focus is on enhancing the quality of life for consumers," Takahara said. But competition is sure to heat up in China against Kao and U.S. rivals Procter & Gamble and Kimberly Clark, in addition to local players. Some analysts are even skeptical that Unicharm's earnings will recover substantially.

"Unicharm is good at cultivating new markets but is not good at increasing sales in saturated markets," said Wakako Sato at Mizuho Securities.

Unicharm shares are trading near their 2016 high in part on hopes that Takahara, credited with more than quintupling the company's market capitalization since taking office, will be able to guide the company out of the troubled waters. Whether revamping the Chinese diaper business will result in mere reconstruction of a single segment or a broader strategic overhaul will serve as a test for Unicharm's growth potential and Takahara's leadership.