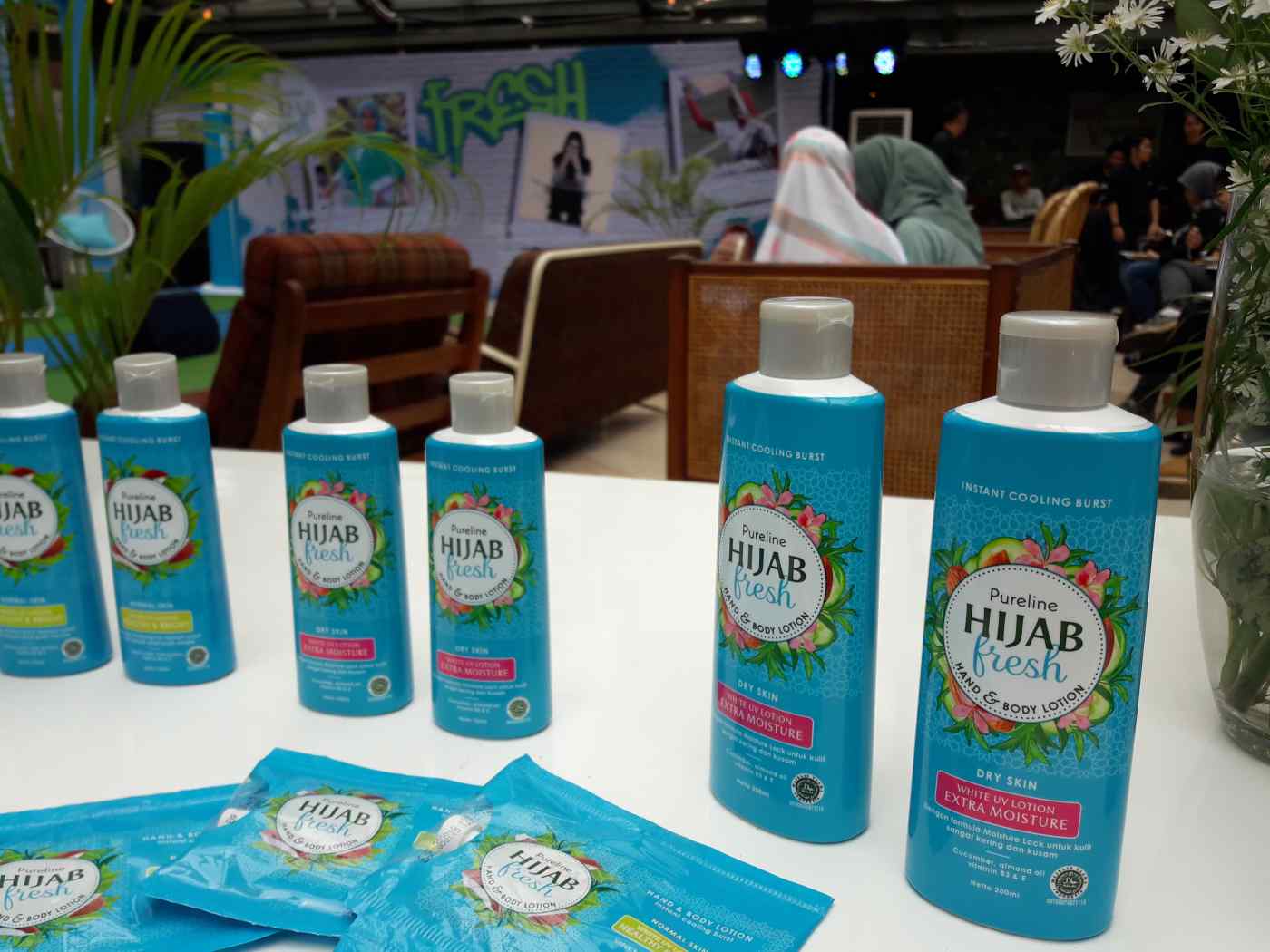 Ira Noviarti, the company's vice president for personal care, said the number of hijab-wearing Muslim women in the world's most populous Muslim nation has swelled over the past decade to at least 20 million, and will likely continue to expand.

Citing a study, she added that Muslim women donning hijabs contribute 68% of the total sales of fast-moving consumer goods in Indonesia.

Karamita Darusman, brand manager for Pureline Hijab Fresh, explained that unlike other body moisturizers available at stores, the product has an "instant cooling agent" and can absorb quickly into the skin -- a boon for women who cover themselves with hijabs in public in hot and humid tropical nations like Indonesia.

In addition, Pureline Hijab contains fragrance, whitening agent and UV screen -- which are common features in Indonesian skin care products -- and offers a few variants for different types of skin.

Noviarti said Unilever Indonesia is "exploring" opportunities to export the hijab-friendly products to other Muslim-majority nations.

In the meantime, like nearly all Unilever products sold in Indonesia, the moisturizer has been halal certified to appeal to the country's increasingly religious-conscious Muslim customers. Halal certification is also being sought for makeup line Lakme, which was launched in Jakarta earlier this month by India-based Unilever Hindustan.

Unilever launched the hijab-friendly moisturizer and shampoo as its growth in Indonesia has slowed over the past few years. It was likely inspired by local rival Paragon Technology & Innovation, which has been enjoying growing popularity among Indonesian Muslim women with its brand Wardah -- seen as the pioneer of halal cosmetics brands in the country. Research company Euromonitor said Wardah has overtaken Unilever skin care product Fair & Lovely.