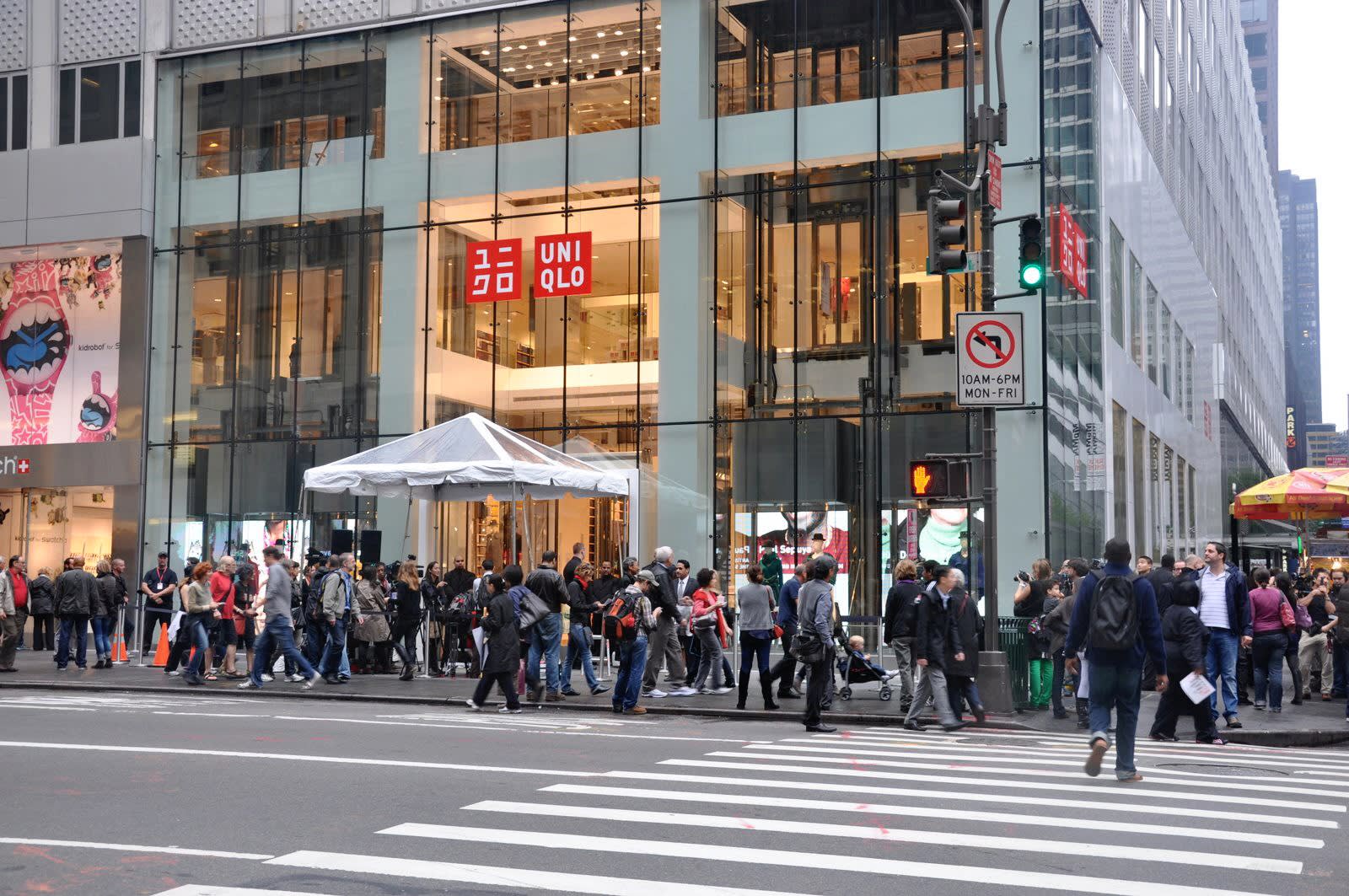 TOKYO -- Fast Retailing, which owns top Japanese clothier Uniqlo and has been trying to develop a retail footprint in the U.S., is stepping up its Americanization push, complete with local executives and American-designed clothing.

A plan to debut casual offerings, such as T-shirts and jeans, tailored to American consumers starting this fall will mark a 180-degree turn from its previous one-design-fits-all approach. At the end of November, Uniqlo was operating 856 stores in Japan; 312 in China, Hong Kong and Taiwan; 50 in Southeast Asia; 18 in Europe; and 17 in the U.S. More or less the same items are offered everywhere.

In the U.S., Uniqlo has its flagship store on chic Fifth Avenue in New York City. But the 17 American stores continued to bleed red ink in the year ended last August, the most recent fiscal year available.

"In much the same way as Japanese use their own filters to look at clothing, Americans pick clothes through their filters," Fast Retailing Chairman and President Tadashi Yanai explains. "Best-selling products are the same on High Street, like the Fifth Avenue of New York, but you can sell only American-style clothes in (American) suburbs and smaller cities, where our future stores will be located."

Uniqlo will team up with group brand Theory, an American women's brand that operates an R&D center in New York, and launch a design center in the city within the year.

Localization has accelerated in recent months. Uniqlo has hired Jorgen Andersson, a veteran executive with a stint at Swedish rival H&M, as co-global chief marketing officer, while Larry Meyer, formerly of U.S. competitor Forever 21, has been named chief executive officer of Uniqlo U.S.A.

"We want to create U.S.-style management and products by fusing a primarily American management team with the DNA of Japan's Uniqlo," Yanai says.

In Europe, Uniqlo has a network of 18 stores in France, the U.K. and Russia, with break-even earnings. The company plans to set up a similar R&D center in Paris, with Europeanization in mind.

Fast Retailing reported group sales of 1.14 trillion yen ($10.8 billion) for the year ended August 2013, up 23% on the year. It has set its sights on sales of 5 trillion yen in 2020, expecting more than 3 trillion yen in foreign sales. Business in Asia, where Japanese fashion taste is well-accepted, is on the ascent. But the company has been struggling in both the U.S. and Europe.

Uniqlo's answer is localization. Asked exactly how American-tailored clothes will be developed, Yanai says: "Products will not differ that much, but subtle nuances are different. T-shirts and jeans are considered typically American, so our R&D focus will be on them. Best-selling items overseas could become popular in Japan as well. We want to develop American-style clothing that can sell around the world."

Unlike such rival chains as Spain's Zara and Sweden's H&M, both known for their fast-fashion business model, Uniqlo stands for casual basics with an emphasis on functionality and quality -- much in line with Japanese manufacturing culture. But its challenge now is how to flexibly respond to the subtle differences in taste among Western consumers.