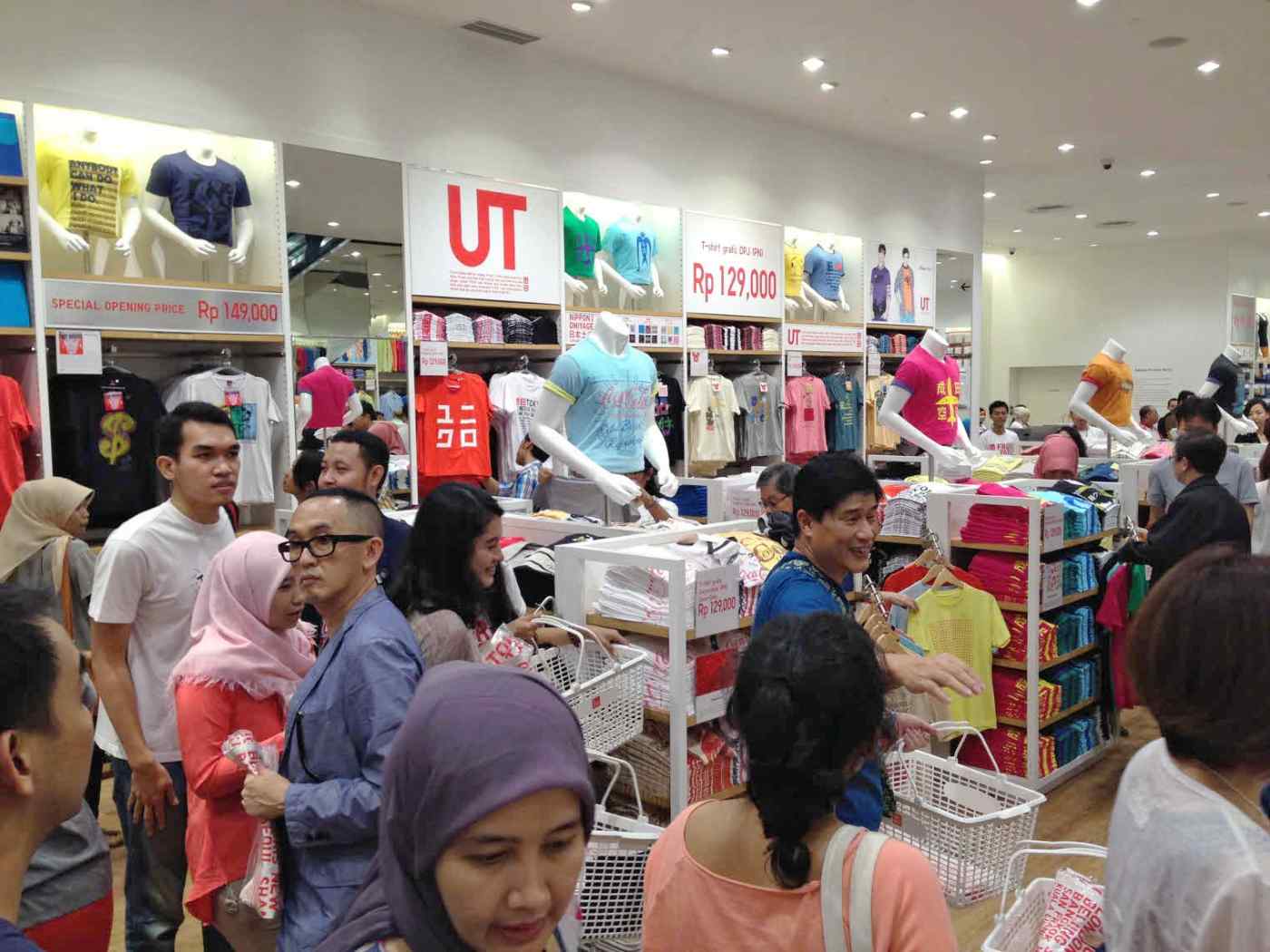 TOKYO -- Fast Retailing, operator of the Uniqlo casual clothing chain, will seek to list on the Hong Kong Stock Exchange in March to enhance its name recognition in China and Southeast Asia.

The Japanese retailer best known for its Heattech line of thermal underwear plans to expand its network of stores in Southeast Asia. The company will also shift production, now concentrated in China, to Southeast Asia in stages.

"We would like to be a company based in Hong Kong, which is Asia's financial center," said Fast Retailing Chief Financial Officer Takeshi Okazaki on Monday at the Tokyo Stock Exchange. Fast Retailing expects to debut on the Hong Kong market March 5.

Up to now, China has been Fast Retailing's main overseas production base. The company works with local textile makers and has been expanding its network of Uniqlo shops in the country. As November 2013, China accounted for 37% of the company's overseas locations. Including Hong Kong and Taiwan raises that share to 60%.

The company hopes to use the Hong Kong listing as a springboard, making the city the hub of its Southeast Asian operations, capitalizing on connections with overseas Chinese.

The Uniqlo brand remains central to Fast Retailing's ambitions abroad. In the business year ended in August 2013, nearly 30% of Uniqlo's sales and 16% of its operationg profit came from overseas. To help reach its ambitious 5 trillion yen ($48.39 billion) sales target by 2020, Fast Retailing is aiming for 3 trillion yen in overseas sales, with China and Southeast Asia making up a big part of that.

To give its regional business a lift, Fast Retailing has teamed up with Japanese trading house Mitsubishi Corp. in Thailand and Indonesia, and with local companies in such markets as Singapore and Malaysia. The company needs to increase its name recognition among Chinese and other consumers in Southeast Asia if its expansion is to succeed. So far, the signs look promising.

Fast Retailing is also growing more reliant on Southeast Asia for production. It still makes about 70% of its products in China, but it plans to lower the ratio to 60% by increasing output in countries such as Bangladesh and Indonesia.

With the Hong Kong share flotation, the company hopes to enhance its brand image and attract promising employees who can serve as future executives.

Fast Retailing sees the listing as a key step toward bolstering its presence in Asia and taking on giant rivals such Inditex of Spain, owner of the Zara brand. 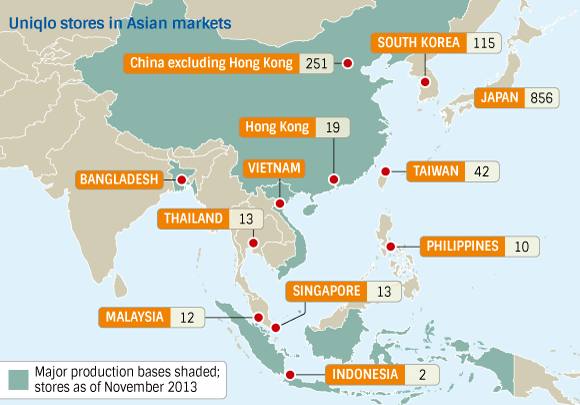