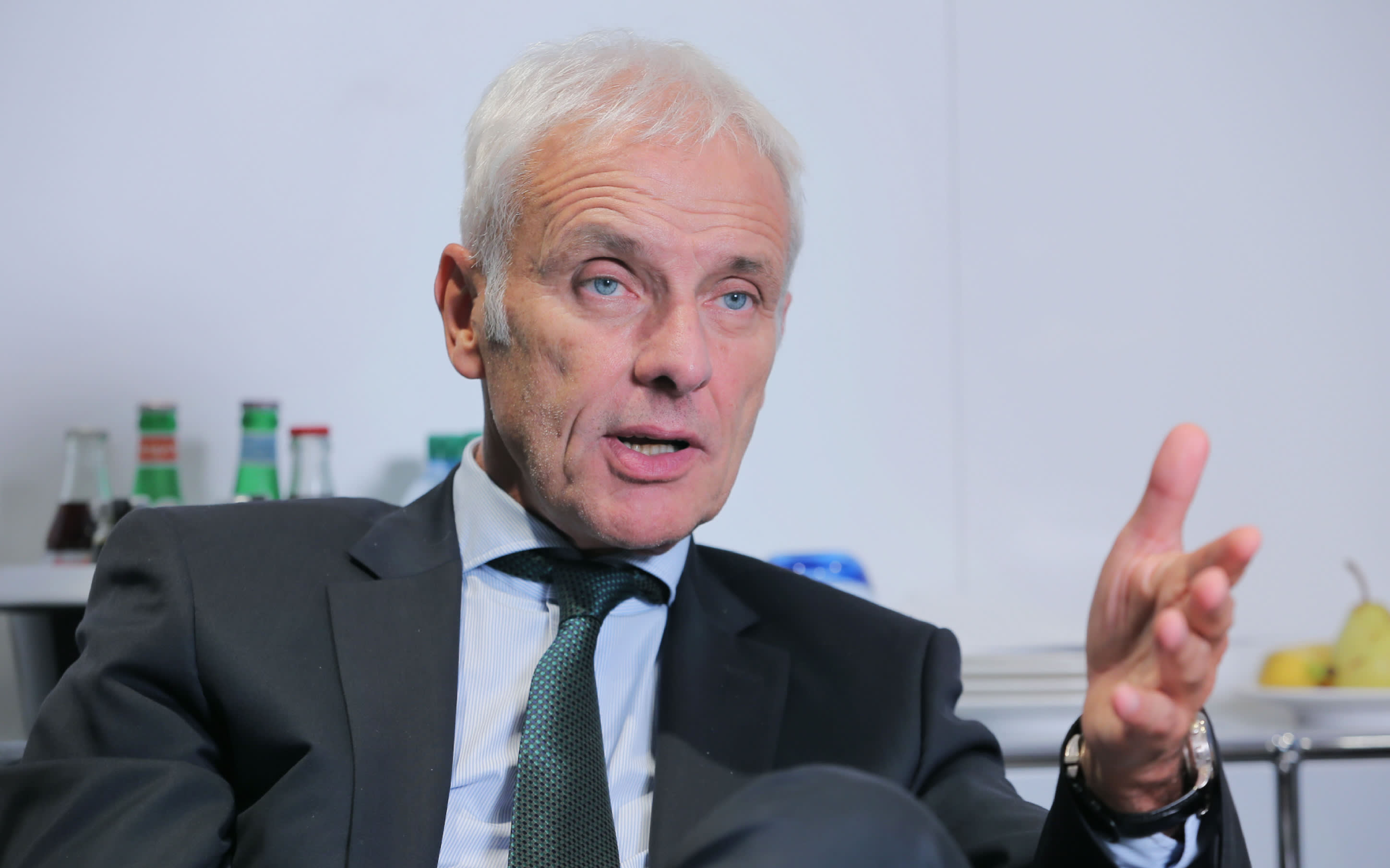 Automaker aims to sell 1.5 million electric cars there in 2025

FRANKFURT, Germany -- Volkswagen is targeting sales of 1.5 million electric vehicles in China in 2025, CEO Matthias Mueller told The Nikkei on Tuesday, stressing that the "future is electrified."

Speaking on the sidelines of the International Motor Show in Frankfurt, Mueller said he expects electric vehicles to account for half his company's global sales around 2030. And he made it clear the German automaker's big electric push starts with China -- its biggest market, where it sold about 4 million cars last year, giving it the top share.

Mueller, who was installed atop VW after the company's emissions cheating scandal broke in 2015, said the plan is to sell 3 million electrics worldwide in 2025 -- 50% in China. To put that in perspective, midsize automakers like Japan's Mazda Motor tally around 1.5 million global sales a year. There is good reason to expect growth in Chinese demand for electric cars. The government in Beijing has announced its intention to ban production and sales of gasoline and diesel vehicles, though it is still mulling the time frame.

Mueller said VW will be ready. "There is no decision yet. There are always some rumors. If [the decision is made] we will be very well prepared in 2018. The reason is: We have a third joint venture with [Chinese automaker] JAC, and we will have [products] which will fulfill the requirements of politics."

Asked about the mainstream car of the future, the CEO insisted it would be electric. "Now, we have a complete plan for the next 10-15 years, with the target of 2030 to electrify all our cars -- 300 models we have in our portfolio," he said, referring to a plan to offer the electric option across the VW lineup.

"We will offer 80 new models until 2025, 50 battery-driven cars and 30 other plug-in hybrids," Mueller continued. "This is a commitment."

The VW group logged a record 10.3 million vehicle sales worldwide last year. If that figure holds, electrics would account for about 30% of output in 2025, though the company has not disclosed its overall sales target for that year.

"I can't give you numbers, but of course our target is to make the electrified cars profitable," Mueller said. Pointing to the company's new I.D. electric model, he said, "We will reach the target, because this new platform will reduce materials costs. We have to restructure our sales and marketing processes."

Asked when EV sales will exceed 50% of VW's global total, he said it was "difficult to answer."

As for battery procurement, Mueller said VW is being proactive about partnerships. "We have started a huge project with a budget of 50 billion euros ($59.8 billion) to get into partnerships with battery cell producers in China, Europe and the U.S. Because we need a huge amount of batteries: For example, in 2025, we need 150 gigawatt hours of capacity."

Mueller said it would be "impossible" to produce that amount alone. "So we need to get into partnerships with appropriate partners."

Self-driving technology is another priority. "We have to work on this topic," Mueller said. "You saw some cars at the Audi stand today with level three, four and five [autonomous systems]. Under the leadership of Audi, we have a team working hard on this ... and hopefully we are able to offer all these cars during the next years."

As for Dieselgate, as the company's emissions scandal was widely dubbed, Mueller insisted much has changed in nearly two years. "We analyzed all the processes, we changed a lot of them, [and] we also installed a board member for integrity and compliance," he said. "Now we have monitoring in the U.S. -- we have to fulfill his requests."