Vaio to compete against former parent Sony in smartphones 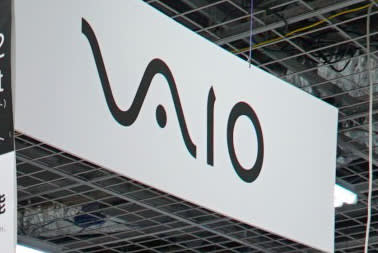 TOKYO -- Vaio, a laptop unit that Sony spun off earlier this year, will enter the smartphone business as early as January, effectively taking on its former parent.

Vaio is collaborating with cellphone carrier Japan Communications, which as a mobile virtual network operator (MVNO) uses other carriers' networks to offer its services.

Sony sold a majority of the shares in Vaio in July to an investment fund, part of restructuring efforts to rebuild its struggling electronics business. It now has a stake of just 5%.

Vaio developed an Android-operated smartphone with a 5-inch display in cooperation with Japan Communications and plans to feature an app that can manage email as well as phone and video calls all together. Production will be outsourced to electronic manufacturing service companies.

The price including service charges has yet to be set but will likely fall between that of major brands and the low-priced handsets already in the market.

The handset will be marketed through Japan Communications sales channels -- including electronics retailers, information system developers and e-commerce websites -- targeting individuals as well as business users.

Starting in May, Japan's communications ministry will require that handsets be sold unlocked so they can work with the SIM cards of any carriers. The move is expected to prompt many users to switch from major carriers to MVNOs, which the ministry expects will double their service contracts to 15 million in 2016.

Vaio is rather late to enter the market for cheaper smartphones, products that many Chinese, South Korea companies and startups are already offering. But it contends that it can still capture demand by offering a handset with superior design for a reasonable price.