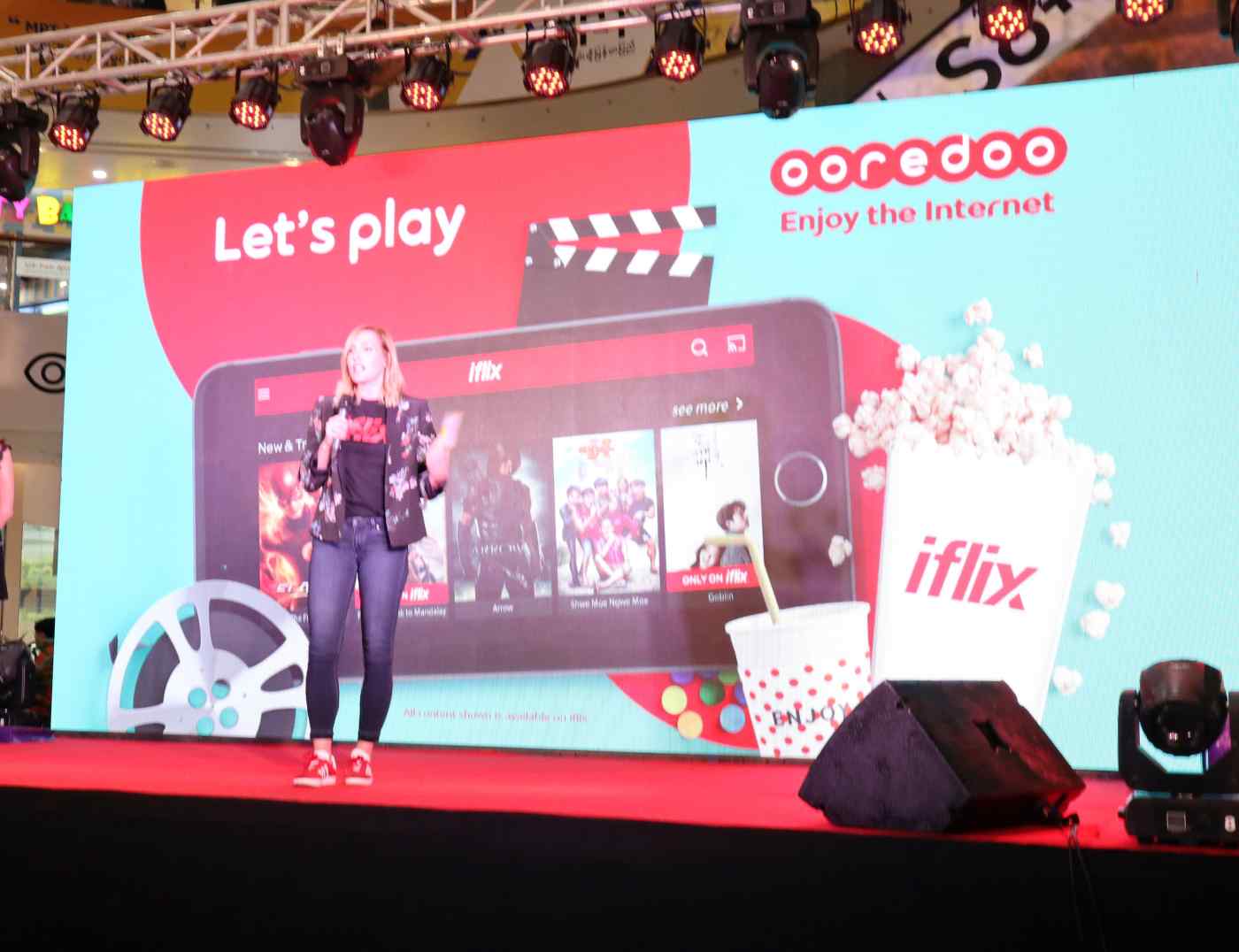 YANGON -- With faster mobile connections in place and smartphone use on the rise, discount data plans on video services have become a key strategy for Myanmar's mobile carriers in their fight to attract new subscribers.

In May, the Myanmar government allocated licenses for a new frequency spectrum to three mobile carriers, making the country's fourth-generation data transmission faster. Easily available video content has become an important differentiating factor in the competition for subscribers and getting people streaming also serves to increase data-use-fee revenues.

Ooredoo's tie-up will allow its users to view iflix programming for free during its initial six months. Ooredoo also introduced a discount data plan applicable only to viewing iflix content.

iflix, which debuted in Myanmar this past March, has boosted subscriber numbers with a marketing catchphrase comparing its rates to the cost of pirated DVDs. Unlimited access to about 20,000 hours of video content is available for a flat monthly rate of 3,000 kyat ($2.20).

The company's subscriber base in Myanmar has grown to about 120,000 in less than four months since it launched.

iflix started operating in Pakistan in January and Vietnam in February. In April, it also started its streaming service in eight countries in the Middle East and North Africa. The company now has about 5 million subscribers worldwide, mainly in Asia.

MPT, which has entered into its own tie-up with Japan's KDDI and Sumitomo Corp., announced in June that it would make 4G services available across Myanmar. At the same time, the company introduced a discount data plan for viewing videos on YouTube and the Pyone Play app, which streams local TV programming.

Use of mobile phones has grown sharply since 2014, when two foreign carriers started to operate in Myanmar and smartphones now represent 80% of all mobile phones in the country.