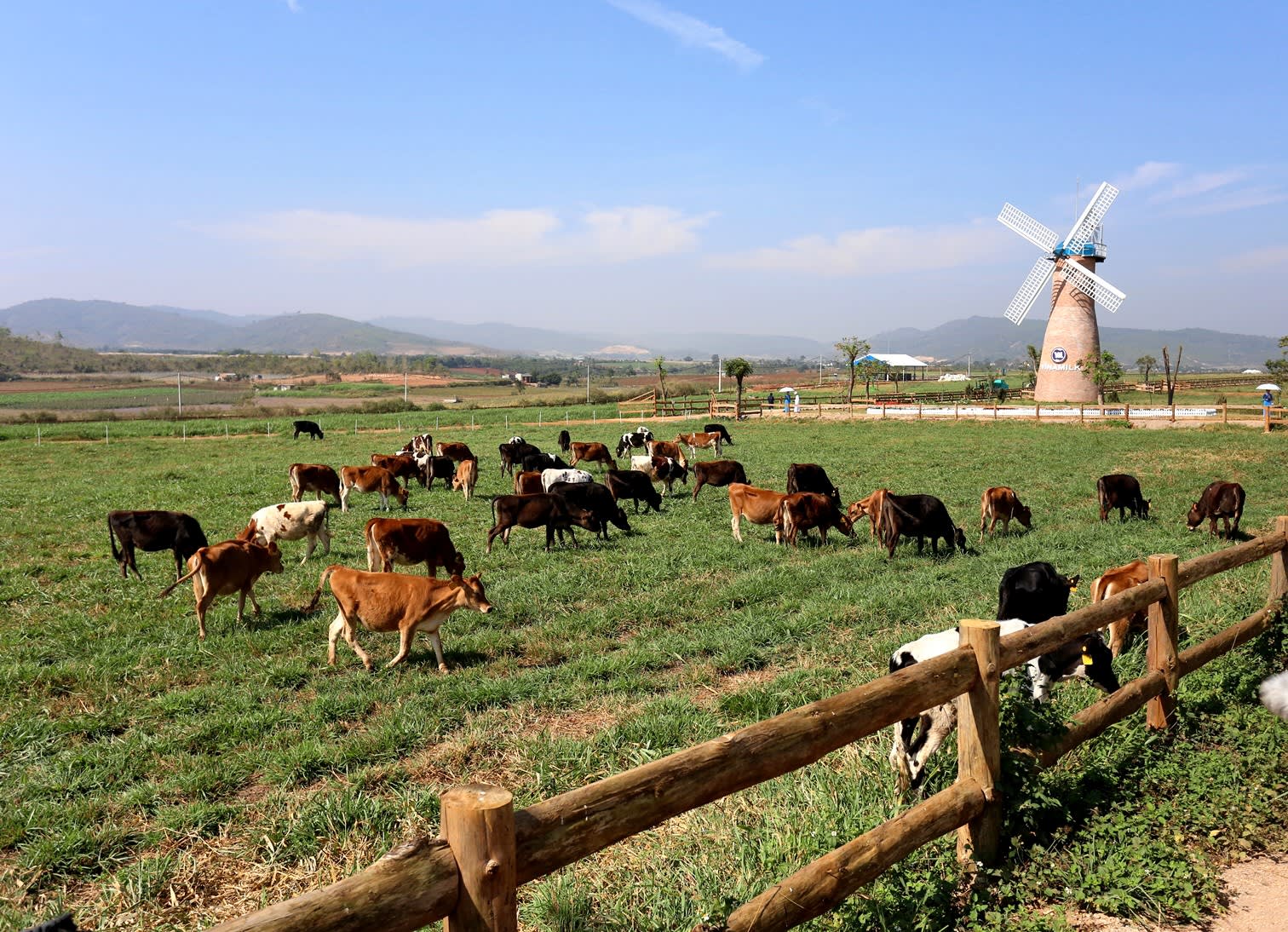 HANOI -- Vietnamese companies are introducing globally recognized standards in search of business opportunities in the world market amid the uncertain outlook for the Trans-Pacific Partnership trade pact.

Vinamilk's new 70-hectare farm is located in Lam Dong Province and maintains about 500 dairy cows. As the farm does not use growth hormone, antibiotics and chemical feedstuff, it has been certified as "organic" from an international control authority in the Netherlands. In addition to the organic certification, Vinamilk will seek certification for 10 other dairy farms it owns across Vietnam from GlobalG.A.P., a private-sector standards for good agricultural practices.

Vinamilk exported dairy products to 42 countries in 2016, earning 4.4 trillion dong ($193 million) as a result -- 20% of its total sales. Targeting Europe and the Middle East as key markets, Vinamilk will upgrade product quality in order to increase exports to the regions.

TH Group, the country's second-largest dairy company, recently began building a 3 trillion dong farm in Thai Binh Province near Hanoi after obtaining a certificate of GlobalG.A.P. Now in the rice and organic vegetables market, the company will use the new farm as its main base for domestic sales and exports.

Beverage maker THP expanded its Quang Nam plant in March, where it deployed its cutting-edge hygiene control technology. The company said the plant uses the Hazard Analysis and Critical Control Point system to ensure its products meet aseptic packaging, quality control and almost all other standards set by the European Union for food safety.

THP has spent 2 trillion dong on renovations and expansion of the plant, which opened in 2012. The expansion will double production capacity to 600 million liters, most of which is comprised of THP's main products -- sugary Zero Degrees green tea and Number 1 energy drink -- allowing the company to increase exports of both.

Another company thinking globally is Mekophar Chemical Pharmaceutical. It started construction last year on a research and development center in Ho Chi Minh City for production of drugs that meet international standards. The 1.06 trillion dong facility should be completed in 2018.

Also on board the international bandwagon is fisheries company Hung Vuong. The company, which exports Vietnam's prized "char" fish, obtained certification of GlobalG.A.P. in 2010. It has since been improving the quality of the white-fleshed fish, which is usually eaten fried. Demand for the fish is growing in the U.S. and Europe.

The virtual collapse of the TPP has dealt a blow to Vietnam. The country had been hoping to increase exports of its clothes, shoes and agricultural and fishery products to the U.S., the country's largest export market, as well as Canada, Mexico and other countries.

Although U.S. President Donald Trump said he will forge trade agreements with countries on a bilateral basis, Vietnam is hedging its bets by promoting exports to the European Union in anticipation of the Vietnam-EU free trade agreement in 2018.

Than Duc Viet, deputy general director of Vietnamese textile company Garment 10, said his company "should target Europe and South Korea in the absence of the TPP."  Founded in 1946, Garment 10 is recognized as the country's leader in the areas of sewing skills and quality control.

The company has a production line with Aoyama Trading, a popular menswear retail chain in Japan. It is now considering production of clothing for Europe in light of the expected launch of the Vietnam-EU FTA.

TH Group had also been banking on the TPP for expanding exports; it has been exporting health beverages to the U.S. since 2014. Recent events, however, have forced it to make a strategic shift to Europe by configuring its dairy farms to ensure compliance with EU standards.

The low cost of Vietnamese agricultural and fishery products as well as industrial goods has been their main attraction, with quality a distant second. But Vietnam Prime Minister Nguyen Xuan Phuc has taken note of recent changes in global trade. As head of the world's third-largest exporter of rice in terms of volume, he stated last month that if his country is to increase exports, it needs to focus more on quality rather than quantity.