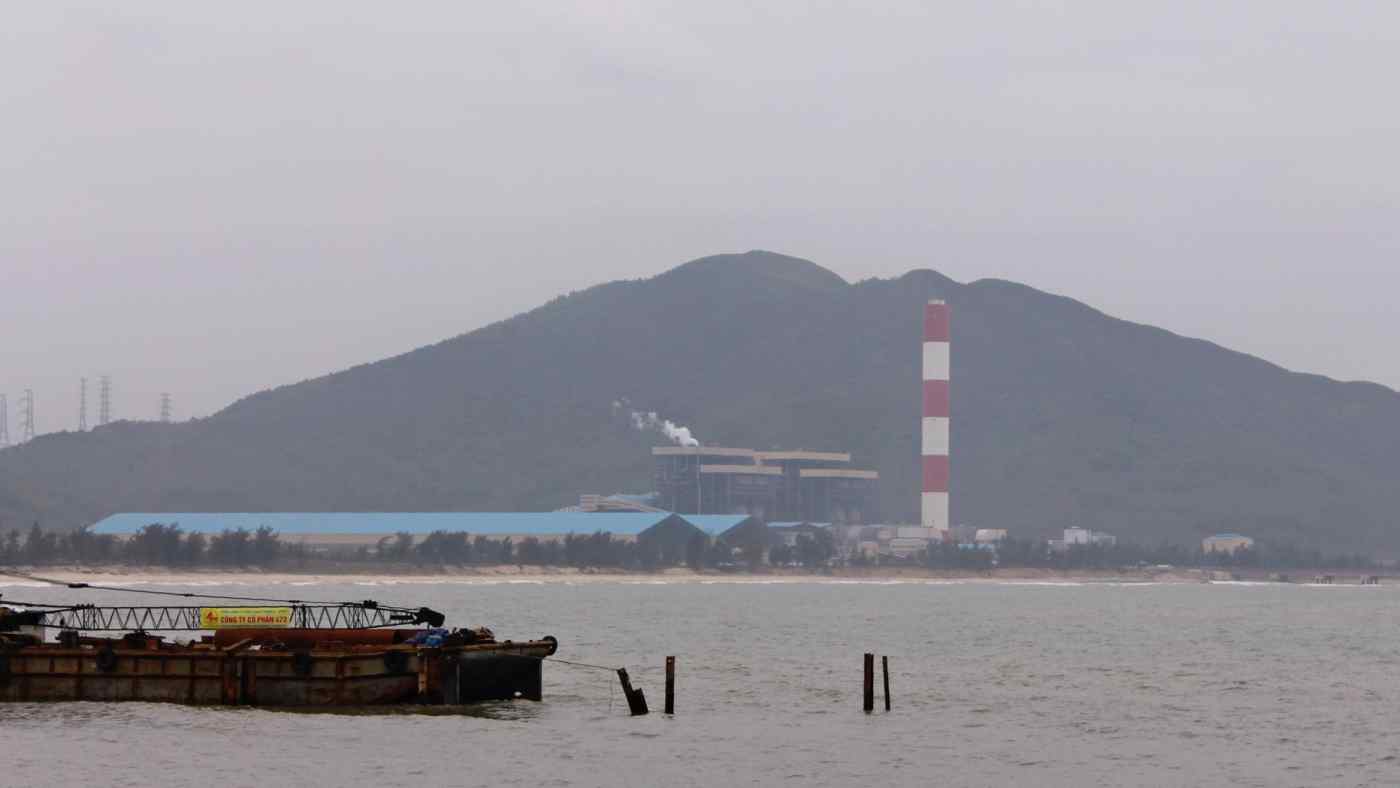 HANOI -- Having pulled away from atomic energy projects late last year, Vietnam is now sharpening its focus on coal to tap its abundant reserves.

Many Japanese companies are drawn to this new business opportunity -- but so are Chinese rivals that threaten to give them a run for their money.

Mitsubishi Corp. has said it will build a 1,200-megawatt coal power plant in an economic zone in central Vietnam's Ha Tinh Province. This plant, the Vung Ang No. 2 project, is slated to start in 2021. The government estimates related investments at $2.2 billion.

Mitsubishi will help manage the facility before handing over its operation to state-run Vietnam Electricity. The site is near the Vung Ang No. 1 plant, built by a Vietnamese company and boasting a similar generating capacity.

Producing around 60% of the power that the nuclear projects would have, the two plants will together be an important ingredient in Vietnam's energy mix.

The government had earlier seen the atom as a critical tool for resolving the nation's power shortages.

Though the market loosened somewhat during a slowdown following the 2008 financial crisis, electricity shortages are always a concern for a Vietnam whose economy continues to grow at a 6%-plus clip.

So the government had high hopes for the Japanese- and Russian-backed nuclear projects in Ninh Thuan Province to the south. With a total capacity of 4,000MW, the facilities would have gone online in 2028.

But the deal was blocked over the estimated $27 billion in outlays as well as pushback from locals over safety since the 2011 Fukushima meltdown in Japan. The legislature officially dropped the plan in November.

And coal-burning plants are cheaper to build than liquefied natural gas power plants -- not to mention nuclear facilities. Coal power is more affordable for Vietnam, where government debt has grown to 65% of gross domestic product.

Fossil fuels supplied one-third of Vietnam's power in 2016. The plan is to raise this to 45% in 2030. Coal power capacity is seen nearly tripling from current levels to around 40,000MW.

Vietnam seems able to live without nuclear power, which was going to account for 10% or so of its generating capacity.

Mitsubishi is planning another major coal power plant in the southern province of Binh Thuan. Marubeni is building a coal power plant near Hai Phong, which will likely grow rapidly as a port city. Sumitomo Corp. is constructing a plant in Tra Vinh Province, near Ho Chi Minh City.

With 300 to 500 companies, mainly suppliers, needed for constructing a single reactor, many Japanese companies preparing for the nuclear work were hurt by the about-face on energy policy. But now, they could seize new opportunities by offering their strength in fossil-fuel power.

Price-competitive Chinese companies are key rivals. Chinese contractors are said to undertake nearly 90% of fossil-fuel plants in Vietnam, though the facilities themselves are not large.

Russian and Malaysian contenders have also been getting into the coal power game. And many are collaborating with the Chinese.

In such an environment, Japanese technologies could draw attention, although costs will be a challenge. Vietnam Energy Association Chairman Tran Viet Ngai says the country has no choice but to rely on fossil fuels now that nuclear energy is out of the picture.