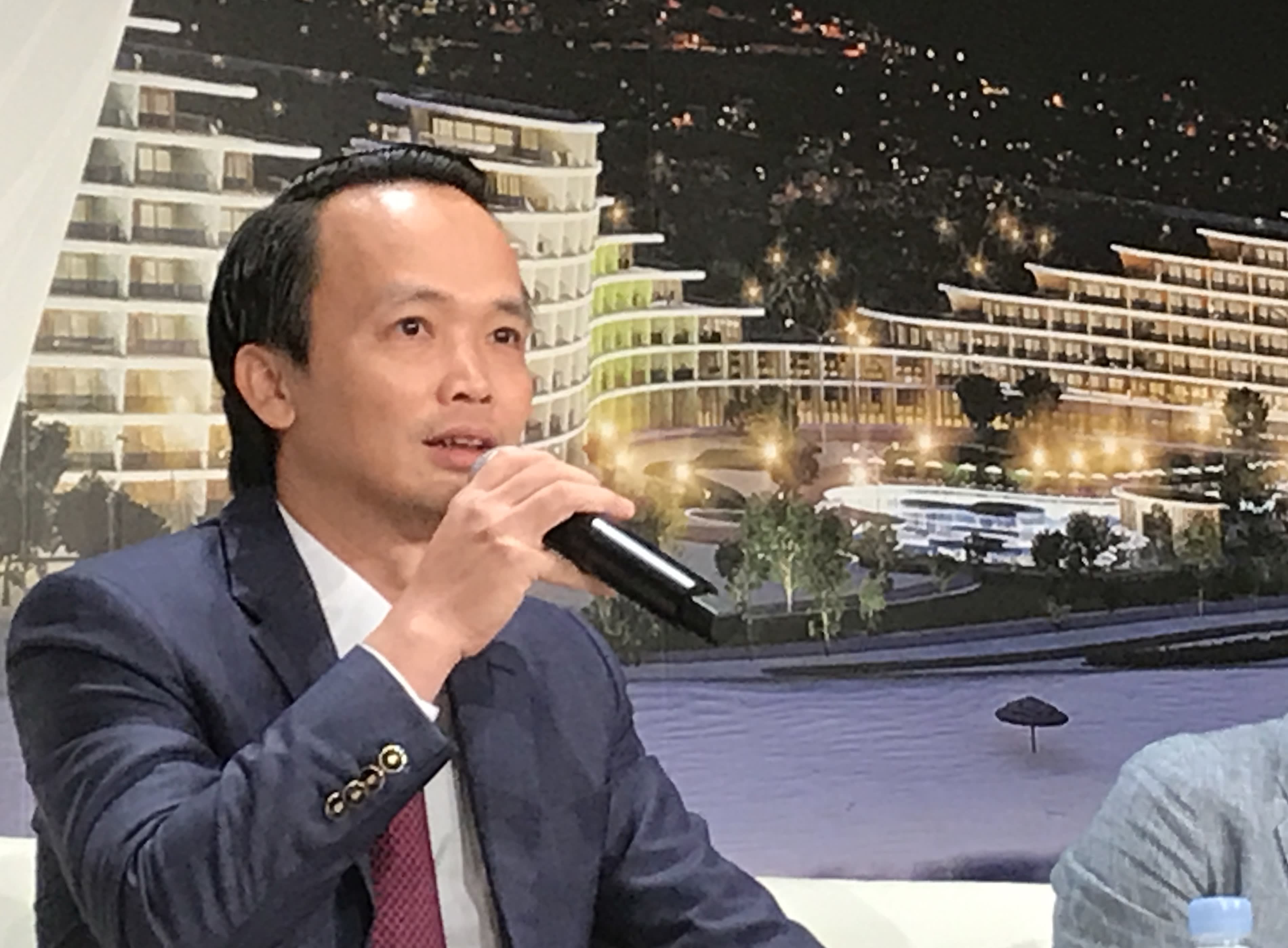 TOKYO -- Ho Chi Minh-listed real estate developer FLC Group has unveiled hugely ambitious plans for expansion and is on the hunt for investors. But while there is no doubt Vietnam's growing travel market offers huge potential, there are concerns over whether the group's plans may be just a little too ambitious.

The company has traditionally focused on tourist resorts, but now wants to add a casino to its portfolio and even enter the aviation industry, according to group chairman Trinh Van Quyet.

Trinh took time out from pitching to Japanese investors to speak to the Nikkei Asian Review in Tokyo earlier this month.

The chairman spoke about Bamboo Airways, FLC's recently established airline unit, which will fly both domestic and international routes, according to the company.

"We want to have direct flights from overseas to areas where we have resort facilities," Trinh said.

The unit has held talks with Airbus and Boeing over aircraft purchases, eyeing deliveries in 2022, according to FLC. It will also consider renting commercial planes before 2022.

The airline unit is slated to begin corporate operations next year, in order to finalize the necessary government procedures.

Trinh also spoke of group plans to develop a casino resort in Quang Ninh Province in northern Vietnam, home to the iconic Ha Long Bay World Heritage site. The company has already acquired a 20-sq.-kilometer site for the project, he said.

In addition, FLC will add more beach and golf resorts in the country.

Behind the ambitious expansion plans lies the country's burgeoning tourism industry. According to government statistics, international visitors to Vietnam for the first eight months of this year increased 30% from the year-earlier period to 8.47 million. Moreover, with rising incomes, increasing numbers of Vietnamese are keen to see more of their own country. 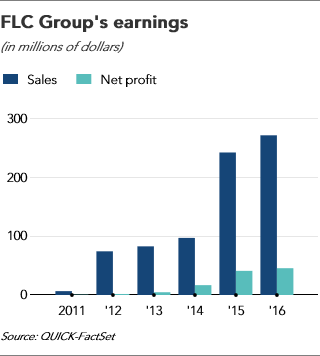 FLC currently has some 20 projects, both under construction and up and running, including resorts, condominiums and industrial parks, in Hanoi and seven provinces, mostly in coastal areas.

The chairman mentioned that his group, which was founded in 2001, had strategically gone after less developed areas to distinguish itself from rivals such as real estate industry leader Vingroup.

"Since our group is a latecomer to the real estate market, we chose areas [that were] remote from big cities," he said. "Especially, we have focused on areas that could lure tourists but were untapped."

The group has expanded rapidly with aggressive investments. According to data from QUICK-FactSet, it made a net profit of $46 million in 2016, almost 10 times the figure from three years earlier. Last year's capital expenditure reached $153 million, exceeding its operating cash flow of $137 million.

While undoubtedly impressive on paper, FLC's grand plans have been met with a degree of caution by some market observers.

"The expansion plan of FLC is rather ambitious because casino and aviation are relatively new fields for Vietnamese enterprises," said Bach An Vien, Head of Market Strategy and Finance at KIS Vietnam Securities, "they require large initial capital investment as well as experience of running new projects."

He added that he is "a bit concerned on the financial capacity of FLC," as its projects may require huge capital.

"It is not surprising that FLC is stepping into the two new sectors as the group has defined itself as a multisector enterprise. Investing in casinos and airlines is in line with FLC's business," Le Hoang Chau, chairman of the Ho Chi Minh City Real Estate Association said.

On the other hand, he also pointed out that the young group "will face difficulties in finding sources of financing as the required capital investment will be very large."

Another view among market players is that FLC, like other Vietnamese companies, lacks experience managing a multisector group, and that building the business culture needed for good governance of such a group always takes much time and effort.

As of Sept. 18, the company was valued at about $210 million on the stock market.