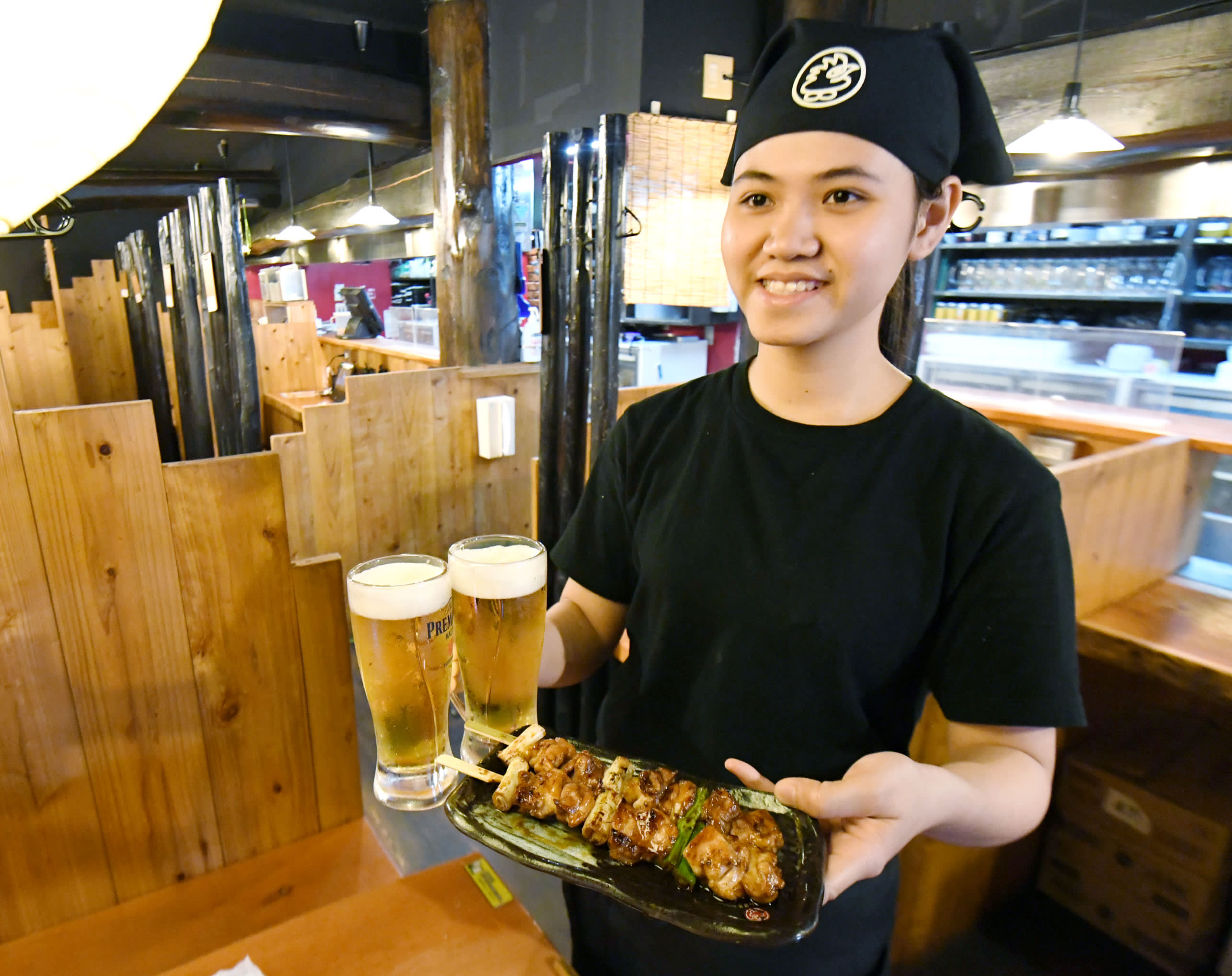 Torikizoku, an Osaka-based purveyor of grilled chicken, or yakitori, is one such chain. Known for its across-the-board menu price of 302 yen ($2.79), the chain has been hiring Vietnamese nationals to replace its dwindling number of Chinese employees, who used to make up the majority of its foreign part-time workers but now account for only 1%. At some outlets in central Tokyo, all employees except managers are Vietnamese, depending on the shift. Nguyen Thi Toan waits on a customer at a branch of Japanese pub Tengu in Tokyo's Meguro Ward.

One 24-year-old Vietnamese student started working at an Osaka branch of Torikizoku about a year and a half ago. The woman, who attends university during the day, says she likes waiting on customers but has difficulty speaking Japanese. Torikizoku's touch-screen order system makes the job easier.

Vietnamese students have a reputation for having a good work ethic and strong community network, and the chain has become a popular place to work for them. The students say there is cuisine similar to yakitori in Vietnam, and that they hear from friends and relatives that Torikizoku is a good workplace for people with limited Japanese fluency. Hiroyuki Ogawa, managing director of the Japan-Vietnam Association, said that despite Vietnam's relatively underdeveloped mass media, word travels fast in the country. And Torikizoku seems to be well-known.

The chain aims to have 1,000 branches operating by July 2021, so securing workers is critical. To help train its rapidly increasing Vietnamese staff, the company has produced Vietnamese-language instructional videos for cooking.

"They have to serve customers in Japanese, but more manuals for background roles should be made in Vietnamese," said Hidehito Nakanishi of Torikizoku. 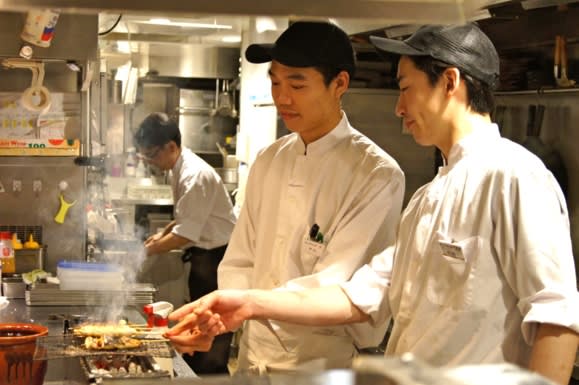 Chimney, operator of the Hana no Mai pub chain, is also looking for Vietnamese workers. As of June, 214 of its 512 foreign part-time employees, or 42%, were Vietnamese.

CHANGING FACES Huyen, a 19-year-old Vietnamese student at Osaka Japanese Language School, came to Japan about a year ago. She has a part-time job at a dumpling chain. After finishing classes at 4 p.m., she works from 6 p.m. to 10 p.m., earning about 110,000 yen a month.

Huyen shares a room that rents for 28,000 yen with a Vietnamese friend. Her parents in Vietnam send her about 250,000 yen a year to help pay tuition, with her wages covering the rest of the amount. Whatever is left after living expenses is socked away to help pay for college next year. Her job at the dumpling restaurant comes with meals included, allowing her to save on groceries. In some classes at Osaka Japanese Language School in Sakai, Osaka, nearly all of the students are Vietnamese.

Foreign students in Japan are allowed to work up to 28 hours a week. With Vietnam's income level still low, many Vietnamese students find it difficult to make ends meet with money from parents alone, Ogawa said. And since they can only work in the evenings after school, they tend to seek higher-paying jobs. In the not too distant past, most foreign part-time employees at izakaya were Chinese students, numbering twice as many as the Vietnamese of today. But the number of Chinese students who have to work part-time is declining as more are receiving money from home, according to a representative of Human Academy, a Japanese-language school with branches in Tokyo and other big cities.

Those who do usually find jobs at convenience stores, where they can more easily schedule work shifts around busy school schedules, or duty-free shops, where they can use their Chinese skills.