Vietnam's MoMo payment app on board with Uber 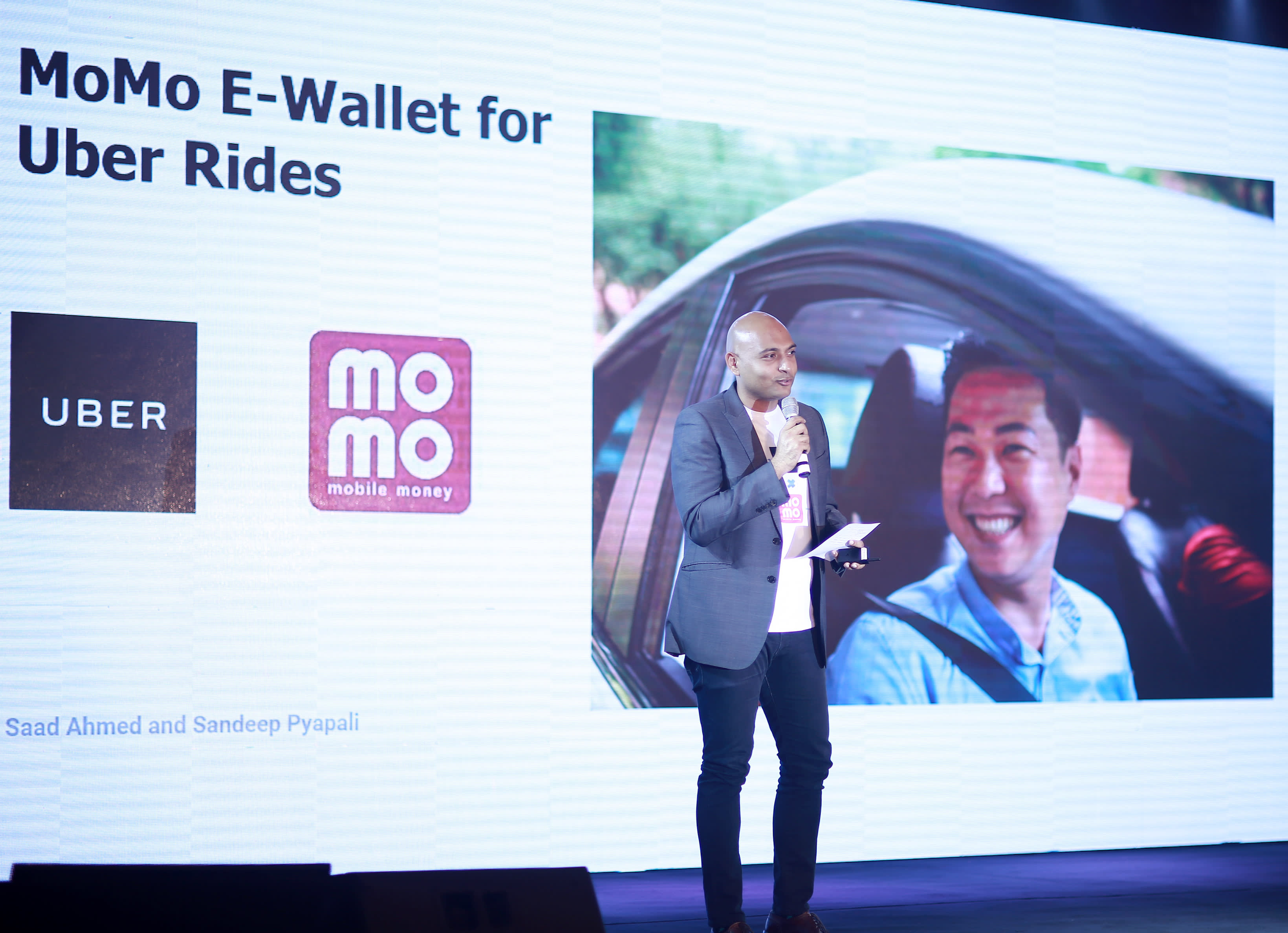 Saad Ahmed, Uber's head of strategic initiatives and business development in Southeast Asia, at the launch of his company's partnership with MoMo in Hanoi on Nov. 29.
December 5, 2017 03:03 JST | China
CopyCopied

HO CHI MINH CITY -- M-Service, a Vietnamese fintech company, and the U.S. ride-hailing company Uber Technologies signed a strategic agreement last week to enable passengers to pay for rides using the MoMo app, an online payment service in a country where most people do not have credit cards.

It is the first such partnership in Southeast Asia for Uber. According to Brooks Entwistle, the company's chief business officer in Asia-Pacific, the region has a unique payment ecosystem. Uber is willing to serve customers however they wish, accepting either cash payments or e-wallets for a "a seamless and cashless transport experience."

M-Service received an investment of $28 million from Goldman Sachs and Standard Chartered Private Equity in 2016 for MoMo, which can be used to pay for transportation, entertainment, food, drink, online shopping, and other products. M-Service has seen double-digit growth in the last two years and has over 5 million users, both urban and rural.

Alibaba wants to provide fintech solutions to all companies, initially traders and wholesalers, and eventually retailers.

In September, Samsung, the biggest cellphone company in Vietnam, launched its Samsung Pay app enabling customers to tap and pay at merchant counters.

Online payment in Vietnam dates back a decade but has great scope for development, according to Ngo Trung Linh, chief executive of VietUnion, which runs Payoo, the leading Vietnamese platform.

Only a third of the country's 93 million people have bank accounts. The government wants to double that figure by 2020. It also wants to see e-commerce reach $10 billion by that time from $4 billion in 2016.

Investors in e-wallet and online payment infrastructure are being made welcome officially in what is one of the world's top five fastest growing information technology countries. More than half the population is already online with 50 million smartphone users projected for the end of 2017.

Legal frameworks and incentives are already available to fintechs, according to Nguyen Toan Thang, secretary general of Vietnam Banks Association.

As of November, 25 intermediary payment operators had been licensed, and over 40 commercial banks offer services. Ten million Vietnamese are now thought to own e-wallets of different kinds.

Alipay and Samsung Pay are expected to lift the bar and force existing companies to improve their services and target customers better.

VietUnion's Payoo leads the market for utility payments, insurance premiums, and consumer finance for households and individuals, and has enjoyed annual growth of 50% for the past two years. It has tapped Japan's NTT Data for technical support in new areas such as public transport.