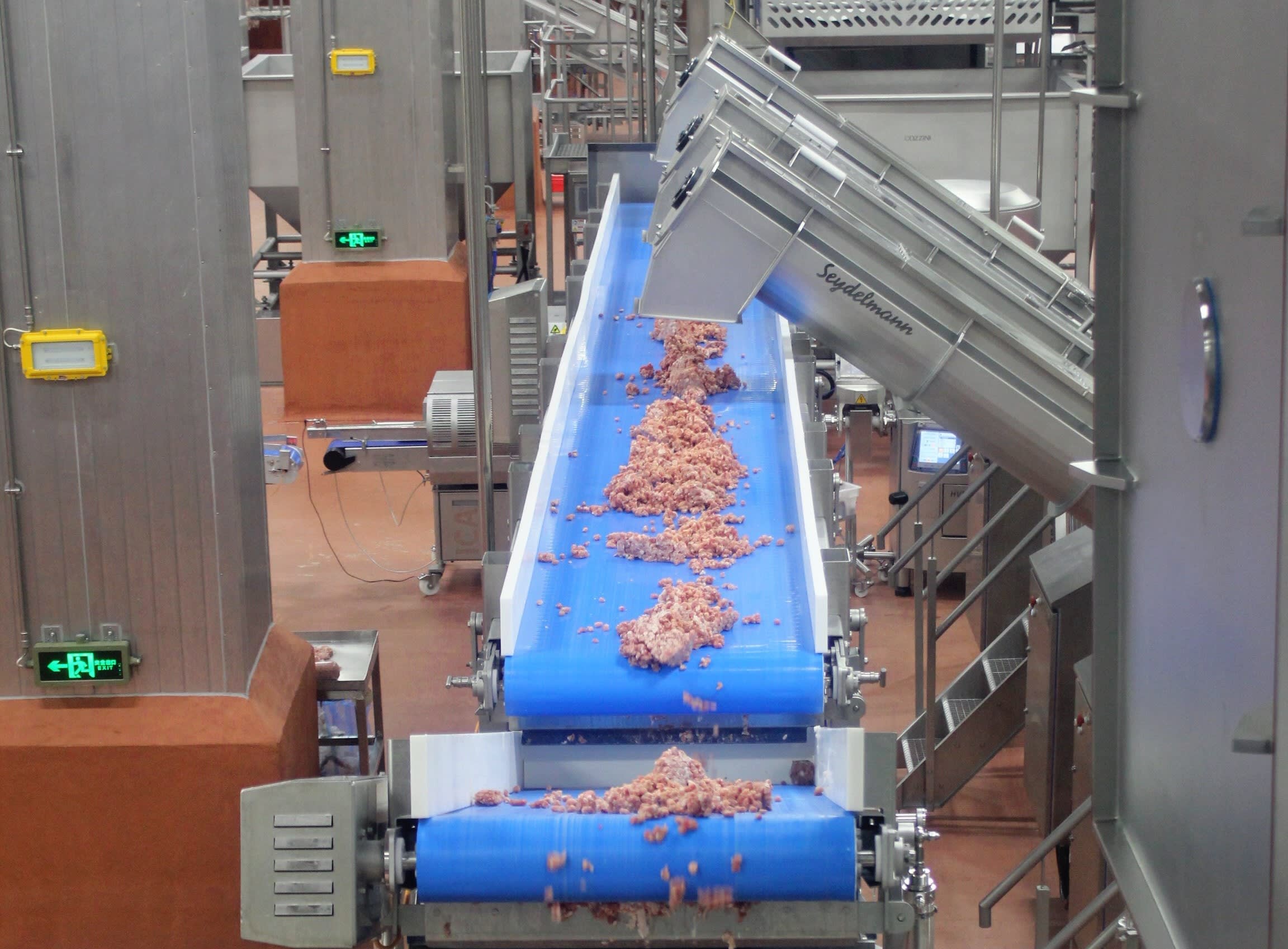 ZHENGZHOU, China -- With pork production shrinking as Chinese consumers seek more diverse dinner-table offerings, WH Group is trying to lure them back with products made to American safety standards and tailored to regional tastes.

The pork giant's new factory here in the capital of Henan Province shows few traces of human activity. The 800 million yuan ($116 million) facility brought online last December is equipped with machinery to handle the entire sausage production process, from grinding pork to steaming and packaging the sausages. Despite being staffed by just a dozen or so employees, the facility is five times as efficient as a neighboring plant with hundreds of workers, according to WH Group.

The plant churns out 100 tons of food a day spanning 10 products, including sausage and ham, under the brand of Smithfield Foods, a U.S. meat-processing giant acquired in 2013. All ingredients are procured from the U.S., and the facility's hygiene controls and production methods are based on American standards.

WH Group has flourished alongside China's economy. The runaway success of a sausage launched in 1992 spurred the company to expand its business. WH Group is the top producer of both processed and fresh pork -- with a roughly 20% and 10% share, respectively -- in a leading market for the meat. The Smithfield acquisition vaulted the company to the apex of the global industry.

But increasingly sophisticated Chinese consumers are seeking out products more tailored to their individual tastes, and the public lost faith in Chinese companies after a string of food safety scandals. The mass production and sales model no longer works as it once did. These shifts have dented the earnings of top players industrywide, including instant-noodle purveyor Tingyi Holding, China Mengniu Dairy and snack maker Want Want China Holdings.

WH Group is no exception. Total pork production in China slid 3% in 2015 after a long stretch of nearly uninterrupted growth, and the company's sales sank 5% for the year ended last December. "With pork demand falling, we must change our business model," asserted Vice President Wan Hongjian, son of Chairman and CEO Wan Long, who has steered the company for decades.

One step in this direction has been producing food under the more profitable Smithfield brand. By going the extra mile to ensure the safety of these products, WH Group has made Smithfield China's top-selling foreign pork brand despite prices three times as high as those for domestic equivalents.

WH Group is also adopting American production management methods at existing factories. All of its hogs undergo testing for banned substances -- far more than the 5% or less required by Chinese regulations.

The company is setting up nine research and development bases across China in such locations as Shanghai and Qingdao, Shandong Province, to help it respond to changing tastes. China is vast, and preferences for spice, saltiness and so on vary from region to region. WH Group aims to get a feel for these tastes and make products to suit them.

"We want to leave development of products for young people in the hands of younger employees," Vice President Wan said.

These efforts are already paying off. Sales and profits grew on the year in the January-June half despite flat sales volume. U.K.-based ratings agency Fitch Ratings assigned a BBB+ rating to WH Group's foreign-currency-denominated long-term debt in October.

Competition is increasingly fierce. Cofco Meat Holdings, a unit of state-owned China National Cereals, Oils and Foodstuffs, has laid out plans for a vertically integrated pork business covering every step of the process from raising pigs to processing meat. The outcome of WH Group's strategic pivot will likely offer a hint as to the outlook for other Chinese food makers.

Pork is a Chinese staple, accounting for more than 60% of the 86.25 million tons of meat produced in the country in 2015, official statistics show. Yet output sank 3.3% to 54.87 million tons even as production rose for beef and other meats as well as seafood.

This shift is among the structural problems affecting the so-called pork cycle. In China, production increases when prices rise as the country's many small pig farmers capitalize on short-term market shifts. A glut pushed down prices last year, reducing output.

Another problem is an influx of American and Australian pork, which sells for half as much as the domestic variety. Chinese consumers are also gradually losing their taste for pork as growing incomes and advances in cold-chain distribution promote more diverse diets.