Walmart's Japan exit comes amid deflation and rise of e-commerce

US retail giant shifts focus to fast-growing India and China 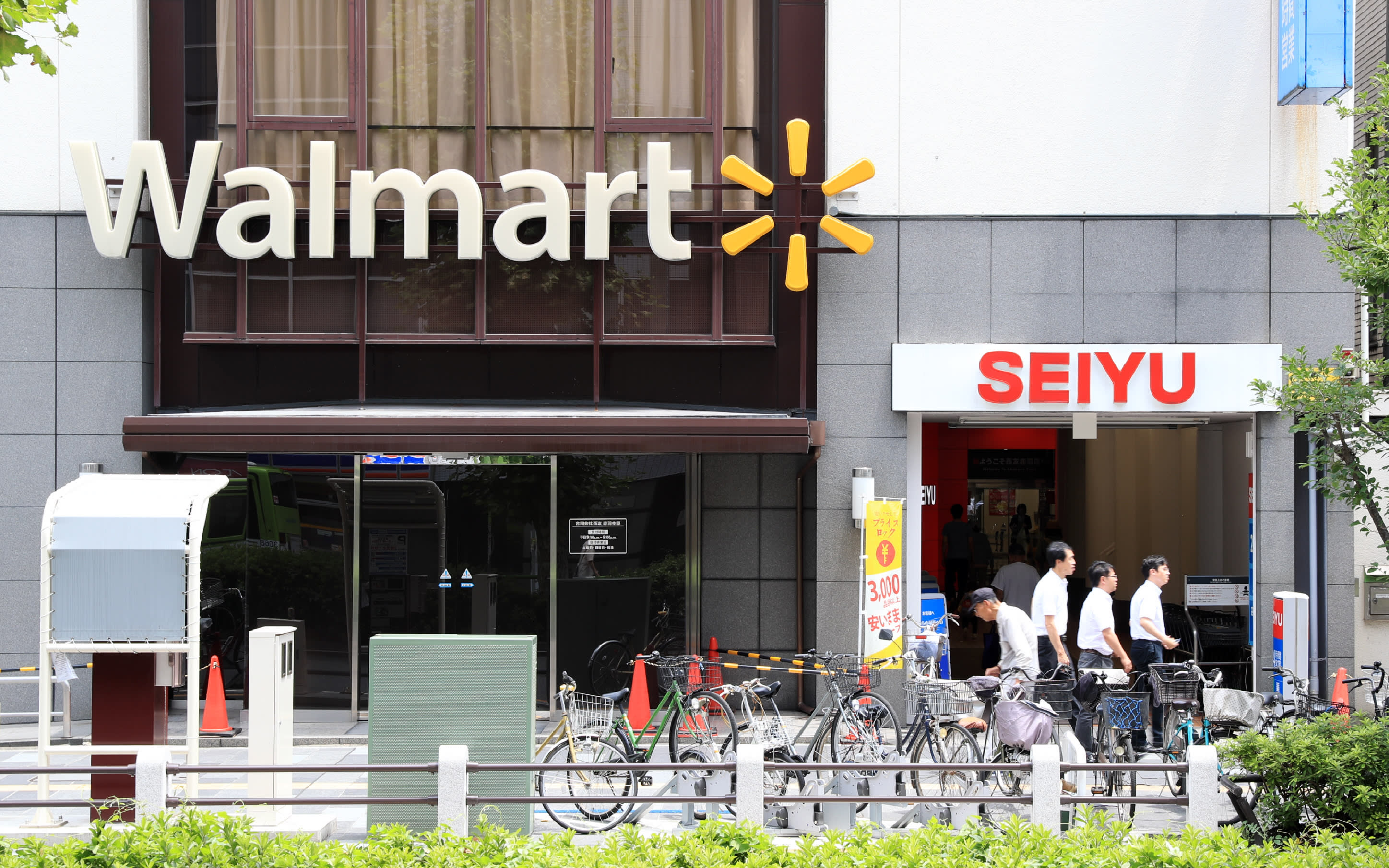 The sale of Seiyu is part of Walmart's attempts to review its global portfolio.
Nikkei staff writersJuly 12, 2018 19:22 JST | Japan
CopyCopied

TOKYO -- Walmart is withdrawing from general-merchandise retailing in Japan at a time of persistent deflationary pressures and blossoming e-commerce, highlighting the U.S. giant's desperate bid to reallocate resources to more promising India and China.

Japanese retailing could be in for a shake-up no matter who ultimately buys Seiyu, analysts say.

Seiyu has gained a reputation among Japanese consumers by using Walmart's "everyday low price" strategy. The chain has reinforced its standing among bargain hunters with TV commercials.

"I can buy everything cheap at Seiyu and I have confidence in its prices," a 44-year-old homemaker said at one of the company's stores in Tokyo.

Among the deals to be found are packs of domestically raised chicken thighs for 85 yen (76 cents) per 100 grams.

As of May, Seiyu operated 335 stores across Japan. It is one of the country's best-known supermarket chains, alongside Aeon and Seven & I Holdings.

Its outlets, many of which are near busy rail stations, have proved extremely popular over the years.

Ever since it formed a capital tie-up with Seiyu in 2002, the U.S. retail giant has been transferring many of the strategies it used on its home soil to Japan. Walmart increased Seiyu's customer numbers and profitability by cutting distribution costs and pushing prices below those of its rivals.

Seiyu was made a wholly owned subsidiary in 2008.

However, while Seiyu's annual sales are estimated at around 700 billion yen, Walmart's Japan unit barely broke even in the fiscal year through December 2017. Some experts have pointed out that many of Seiyu's stores are aging, but the company has not invested in refurbishments to bring in more customers.

Walmart is not the first global retailer to pull out of Japan. French chain Carrefour left in 2005, and the U.K.'s Tesco did so in 2013. Their departures were triggered by the peculiarities of Japan's retail sector and a rapidly changing competitive environment.

Blame Japan's economy. Dogged by sluggish consumption for many years, the country remains a long way from achieving its goal of escaping deflation, largely because of an aging society and declining population.

The fact is many Japanese retailers' domestic operations are performing poorly.

Building economies of scale and cutting prices were far more achievable during the high-growth era of the 20th century. In the past two decades or so, it has become increasingly difficult to keep trimming costs, and Seiyu's low prices have not struck the right chord with all Japanese consumers.

Some will argue that supermarkets can only succeed while a population, incomes and prices rise. Furthermore, adapting to Japan-specific practices, such as wholesalers connecting manufacturers and retailers, has been a big challenge for many companies entering the market.

In May, Walmart announced that it would buy Flipkart, India's largest online retailer, for $16 billion. This clarified its intention to concentrate its resources in China and India, growing markets with considerable room for further growth.

In 2010, China overtook Japan to become the world's second-largest economy in terms of gross domestic product. And Japan is expected to further slow.

Selling Seiyu is part of Walmart's review of its global portfolio.

Now Walmart must attract a buyer for Seiyu.

While the earnings environment may not be an easy one, Seiyu does have a number of attractive points -- the locations of its stores and the relatively strong brand, to name two. Industry watchers will be analyzing how potential buyers assess the company's assets and how they plan to rebuild operations.

On the downside for Walmart, there is a limited number of companies with the know-how to manage a nationwide retail chain.

Seiyu was born out of Seibu Stores, a small chain established by what was the Seibu Group in 1956. It then expanded its chain rapidly and promoted corporate acquisitions as the core company of the Saison Group, an offshoot of the Seibu Group, and competed with Daiei and Aeon in the retail industry.

But Seiyu became saddled with weakened earnings resulting from bad debt and other problems following the collapse of Japan's bubble economy in the early 1990s.