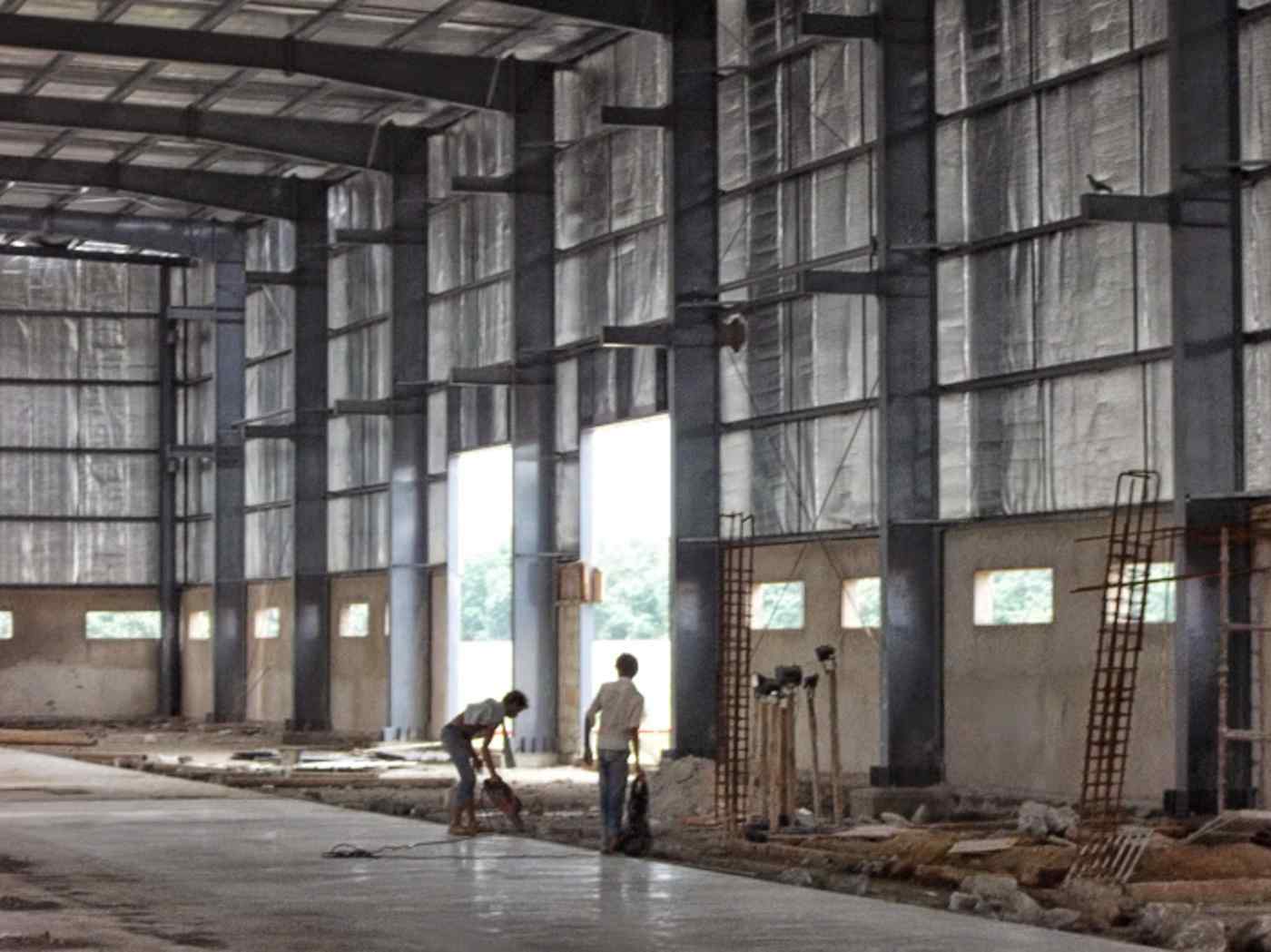 A package is given the human touch only when loose packaging, incorrect bar coding or some other problem crops up. Machines rule the roost at this logistics facility, which spreads over 28,000 sq. meters, equivalent to 3.5 soccer fields. Next door, a shed covering 37,000 sq. meters is being hammered into shape.

Welcome to one of India's hottest sectors. Companies and investors are pouring hundreds of millions of dollars into warehousing and logistics, betting on significant growth in demand. Tiger Global, a New York-based fund manager, recently led a $30 million investment in GreyOrange, which designs and makes robotic systems for distribution and fulfillment centers. In April 2014, Temasek, a Singaporean sovereign wealth fund, invested 2.5 billion rupees ($37.6 million) in agricultural logistics group Star Agriwarehousing and Collateral Management.

Continental Warehousing, a private-sector warehousing company part-owned by Warburg Pincus, a U.S. private equity firm, is planning to raise as much as $150 million this quarter, according to Indian media. In late August, logistics provider Navkar raised 6 billion rupees in an initial public offering that was oversubscribed nearly threefold.

Demand for warehousing is being driven by four factors:

Knight Frank, a real estate consultancy, estimates that demand for warehousing in India will rise to 132.8 million sq. meters by 2019, a compound annual growth rate of 9% from 2014. Crisil Research forecasts an annual expansion in floor space of between 6% and 8%.

"The main growth drivers will be industrial warehouses that involve automation and scale, as against [the] small manpower-heavy units that currently dominate the market," said Binaifer Jehani, director of Crisil Research, a ratings and research company based in Mumbai that is part of the global ratings company Standard & Poor's.

E-commerce companies have raised about $5 billion to fund expansion over the past three years as the country's growing ranks of online consumers boost their spending. Flipkart, India's biggest online marketplace, said in July that it had raised $1 billion in fresh funding. Snapdeal, the third-largest player in Indian e-commerce, said Aug. 19 that it had raised $500 million from international investors.

India's e-commerce sector grew at a compound annual growth rate of 34% from 2009 to 2014, when it reached $16.4 billion, according to an estimate by the Internet & Mobile Association of India, a not-for-profit industry body. The association forecasts that revenue will jump to about $22 billion in 2015. Morgan Stanley, a U.S. bank, estimates that the market will grow to $137 billion by 2020.

All this is good news for the warehousing sector because of the millions of orders generated each day that need to be shipped to consumers. According to CBRE, a U.S.-based real estate services group, Amazon, Flipkart and Snapdeal have invested $2.2 billion in Indian commercial space, mostly warehousing, during the past three years. Snapdeal, with 40 warehouses in 15 cities, plans to add sites at 15 locations across India over the next two years.

Since entering the Indian market in 2012, Amazon has built a portfolio of 12 self-owned and leased warehouses covering almost 100,000 sq. meters with storage capacity of more than 74,000 cu. meters. The latest facility opened in June in Ludhiana, Punjab.

"These allow us to service customers across the country at significantly lower operating costs," said Akhil Saxena, director of operations for Amazon India. The U.S.-based company last year announced plans to invest $2 billion in India.

An overhaul of the country's antiquated tax code is also spurring demand. A planned nationwide goods and services tax, or GST, would replace myriad levies imposed by individual states that have forced companies to dot small and inefficient warehouses across India. The tax has been stalled by opposition in parliament. If passed, the GST would add impetus to the development of large warehouses serving entire regions, rather than states.

"This is a huge economic change for the country," said Jasmine Singh, head of industrial and logistics services for India at CBRE. "The GST ensures that India will become a single economic market."

The agriculture supply chain, especially cold storage, is a particular target for investment as Indians boost consumption of higher-quality foods. About 40% of vegetables spoil before reaching Indian consumers, according to the U.N. Food and Agriculture Organization. About 90% of poultry sold is in the form of live birds because of a lack of cold storage facilities in the supply chain.

Government-backed plans to upgrade the country's woefully inadequate infrastructure are also spurring demand for warehousing. By late 2018, dedicated rail freight corridors totaling some 5,000km will link Delhi with Mumbai, on the west coast, and Punjab, in the northwest, with West Bengal, on the east coast. The $13 billion Japanese-funded project, which will increase average train speeds to about 80km an hour from 20km per hour, is expected to trigger a boom in warehouse construction in some 20 nodal cities along the routes.

Similarly, Modi's Make in India campaign, launched in 2014, is set to boost demand for state-of-the-art warehousing and supply-chain management from large manufacturers. Taiwan's Foxconn Technology Group, a major supplier to Apple of the U.S. and Xiaomi of China, said in July that it plans to invest $5 billion over five years to build factories in the state of Maharashtra.