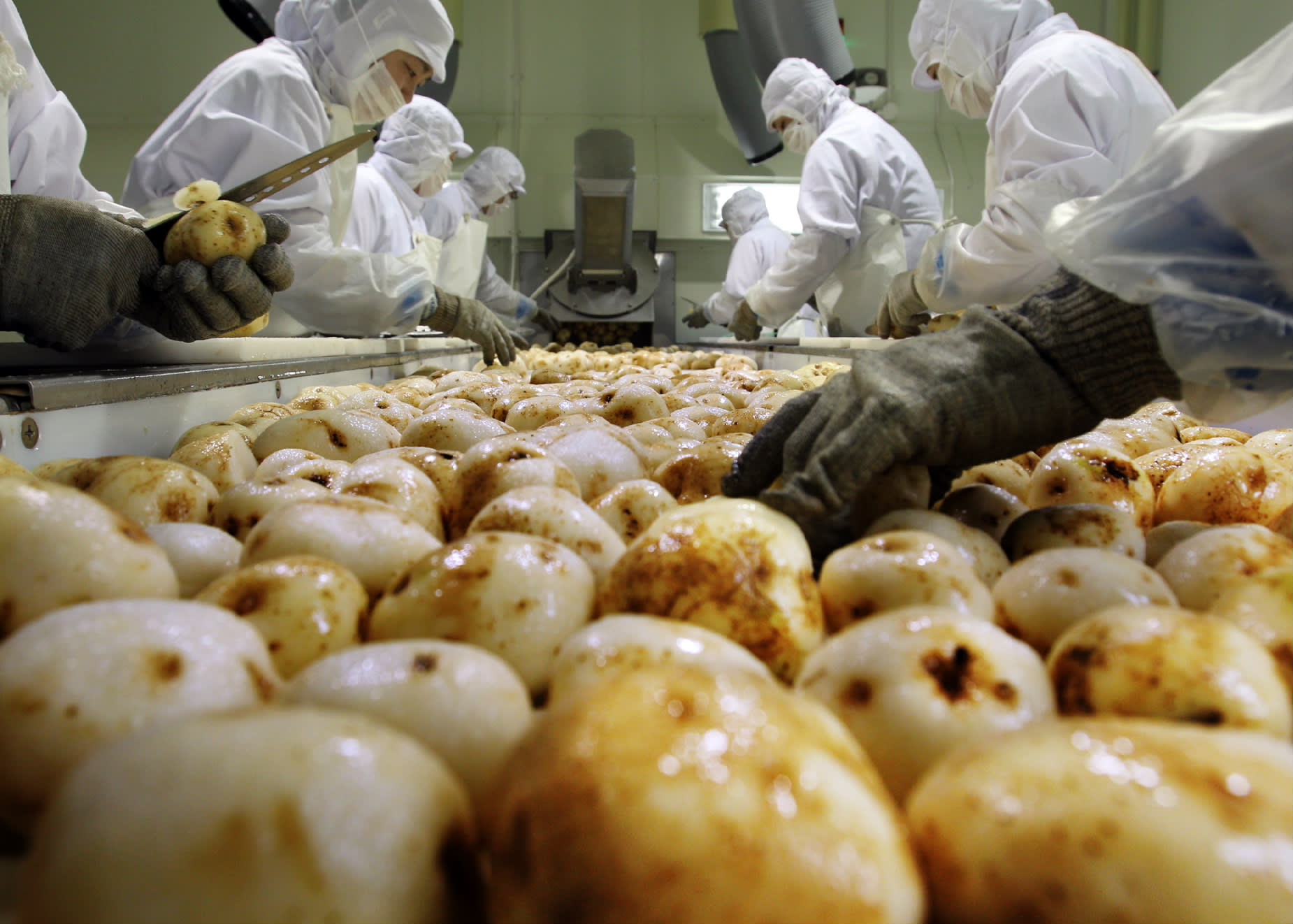 TOKYO -- Sales of popular Japanese potato chip brands will be halted owing to the country's poor potato harvest, sending consumers flocking to stores to buy their favorites before they disappear from shelves.

On Monday, major snack maker Calbee announced it would suspend sales of its longtime favorite Pizza Potato brand chips on April 22. As demand for the chips surged, however, the company halted sales today.

The company plans to halt or eliminate 33 items in total by April 22. No date has been set for resumption of sales.

Koike-ya, another major potato chip maker, has followed suit. It will suspend or end sales of 16 items, including its well-known consomme flavor chips. The company said it was considering sourcing potatoes from the southern island of Kyushu, another major growing region.

Both makers are to focus on their major chip brands instead.

Key growing regions on the northern island of Hokkaido, which accounts for 80% of Japan's potatoes, were hit by bad weather last summer. The regions had less sunlight and more rain, and were also visited by unusual August typhoons.

Hokkaido potatoes are sent to market between September and May.

According to the Hokkaido office of Japan's agriculture ministry, shipment of potatoes harvested in 2016 declined about 10% from the previous year.