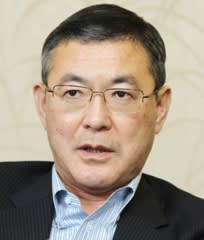 The company behind the Subaru brand is looking to deepen its relationship with Toyota in preparation for California's new fuel economy standards, set to take effect in 2018.

"We aren't planning to use any engine other than our own" for it, Yoshinaga said.

Fuji Heavy will stop building cars for Toyota at a plant in the state of Indiana in 2016.

"Our company learned a lot about production technology from Toyota," Yoshinaga said, adding that idle lines would be used to make Subarus instead. He said he hoped to continue their technical cooperation.

Fuji Heavy will spend around 3 billion yen ($29.5 million) a year to help remodel Subaru dealerships in the U.S., where it has enjoyed rising sales. The company aims to lift its lagging market share in the South from just over 1% to 3%.