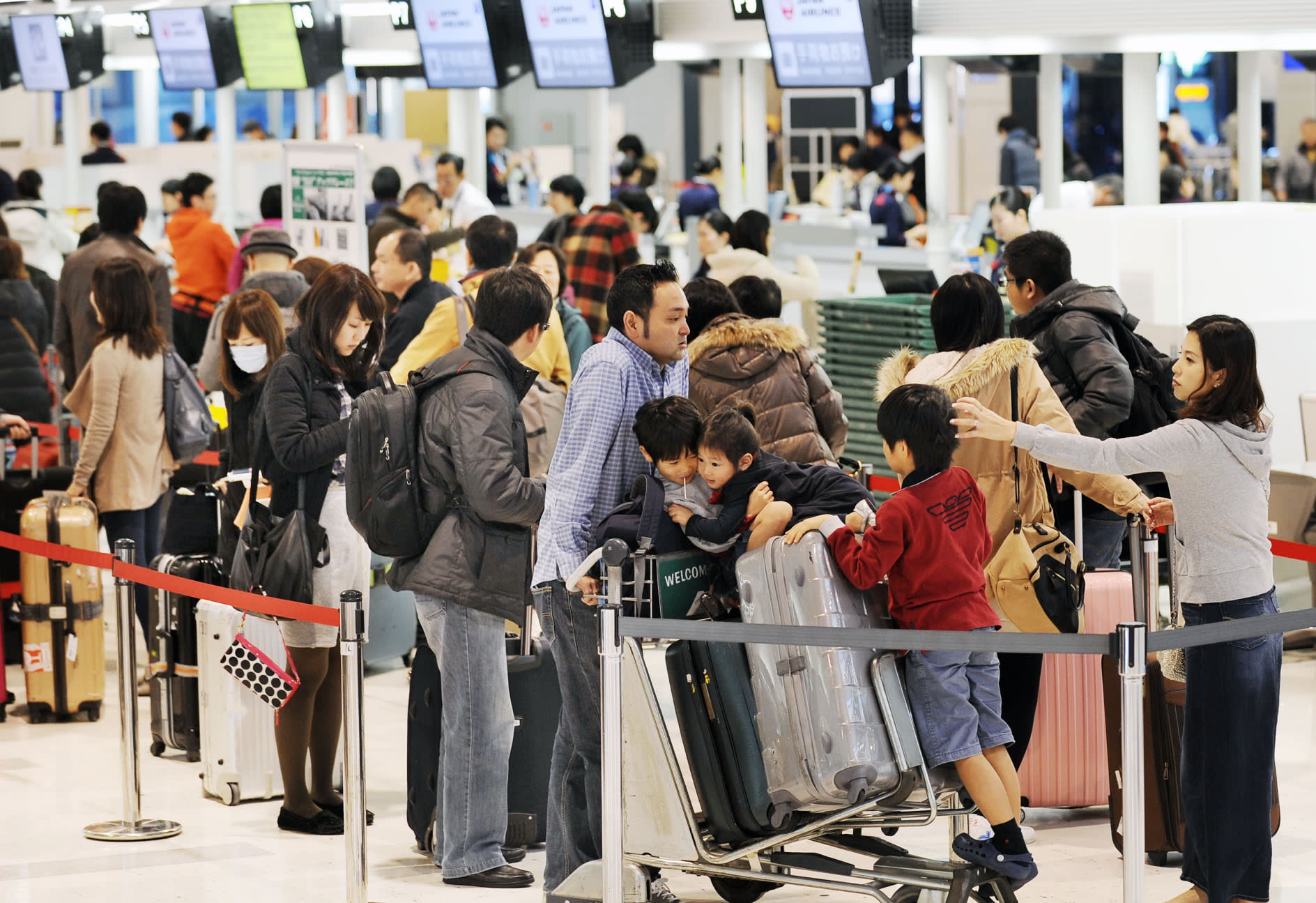 TOKYO -- The soft yen is prompting more Japanese to travel within the country rather than going abroad for the upcoming year-end and New Year's holidays.

So far this month, holiday bookings for overseas trips are down 10% on the year at Nippon Travel Agency, and 9% at Hankyu Travel International. KNT-CT Holdings, which has H.I.S. and Kinki Nippon Tourist under its umbrella, has also likely seen a decline.

This year, many workers in Japan will get nine straight days off from Saturday Dec. 27 to Sunday Jan. 4. But with the Japanese currency having softened by about 10 yen against the dollar since the end of last year, many appear to be opting to stay in Japan, to avoid high expenses. Worries about Ebola are also playing a role, according to industry insiders.

Those traveling to China and South Korea have decreased notably. Last year, 30% of Japanese going abroad went to either of the two countries. But this year, bookings to China are down 90% at Nippon Travel. Air pollution and lingering traces of bilateral tensions appear to be factors.

At Hankyu Travel, bookings for South Korea trips are down 45%. The company is emphasizing advertising for Taiwan and other destinations for which demand is brisk, according to a staffer.

ANA Sales, a unit of ANA Holdings, has seen a 50% drop in reservations for China-bound trips, but a 50% increase in bookings to Europe is helping offset the decline.

JTB is seeing sluggish demand for South Korea trips, but brisk interest in Guam and Europe.

Demand for domestic travel is strong. Nippon Travel has 9% more domestic-travel reservations than a year earlier, and JTB has seen a 4-5% increase. Demand for trips to greater Osaka is strong thanks to the popularity of Universal Studios Japan in Osaka, which boasts a newly open section.

About 30 million Japanese take a trip during the holiday season, of which 700,000 go abroad, according to JTB. Spending by Japanese tourists travelling abroad comes to roughly 150 billion yen ($1.3 billion), or 14% of the season's overall tourism spending.