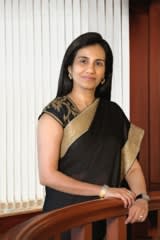 MUMBAI -- Chanda Kochhar's ICICI Bank is at the forefront of Indian financial reform.

The 52-year-old CEO of ICICI, India's largest private bank, joined management in the early 2000s. Since becoming CEO in 2009, she has led the bank's expansion. She ranked fourth in Fortune magazine's 2013 global list of top-50 powerful women business leaders. 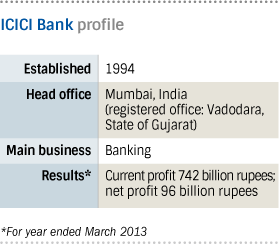 That momentum is unlikely to slow. Raghuram Rajan, a famous economist, became governor of India's central bank, the Reserve Bank of India, last September. The new governor's policy has raised expectations of reform in Indian banking. This year is likely to bring change.

The central bank is encouraging banks to expand their branch networks to rural areas, where financial infrastructure is inadequate. Under Kochhar's leadership, ICICI has increased the number of its branches more than twofold to about 3,500.

Kochhar is also active in building a banking system that makes the most of information technology, including cellphones, with the support of the central bank.