TOKYO -- Yamato Holdings is expanding its delivery business in Southeast Asia, starting a forwarding service for importers and exporters in Indonesia and Myanmar.

Its mainstay parcel delivery business in Japan is struggling due to a shortage of workers. The company hopes to expand and pull in revenue from Southeast Asia, where demand for logistics services is growing along with regional economies.

In Indonesia, Yamato will begin operating a forwarding service in late February for international traders and people who are moving. Yamato Indonesia Forwarding, a joint venture with local distributor Multisarana Bahteramandiri, will take orders from shippers and book space on planes, ships or trucks.

The Japanese company established a local unit, Yamato Indonesia, in 2013. The unit has mostly been a consultant to Japanese companies operating in Indonesia. The government has eased regulations to allow foreign companies greater access to the logistics market and Yamato plans to expand through the joint venture. It will target trade between Japan and Indonesia, as well as within Southeast Asia.

In Myanmar, the company plans to begin sales in April. In addition to a forwarding service for international traders, the company will offer deliveries using trucks. Myanmar has been building industrial parks, and Japanese companies are increasingly active in the country. Yamato hopes to win orders for freight service between Myanmar and neighboring countries such as Thailand. 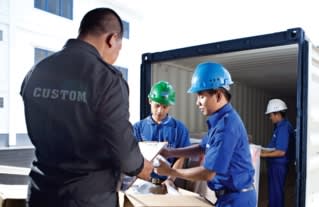 Yamato Holdings is expanding its business in Southeast Asia by partnering with local companies in Indonesia and elsewhere.

Yamato began expanding on the Asian continent in 2010, when it started a parcel delivery service in Shanghai and Singapore. The company initially entered new markets on its own by establishing local units. Later, to speed up its expansion, the company changed tack, buying local companies and setting up joint ventures with influential local players. In the year to March 2017, overseas sales accounted for only around 2% of the company total. Most of its revenue comes from its domestic parcel delivery business. Although this business is improving, thanks to price increases, the company is still grappling with a labor shortage in Japan and this is likely to continue to be a challenge.

These constraints are spurring the company's international efforts. In the overseas distribution business, Japanese rivals Nippon Express and Hitachi Transport System are ahead of Yamato, and competition is fierce. It hopes to catch up by forming partnerships with local companies, expanding its regional network and combining parcel delivery with international logistics services.