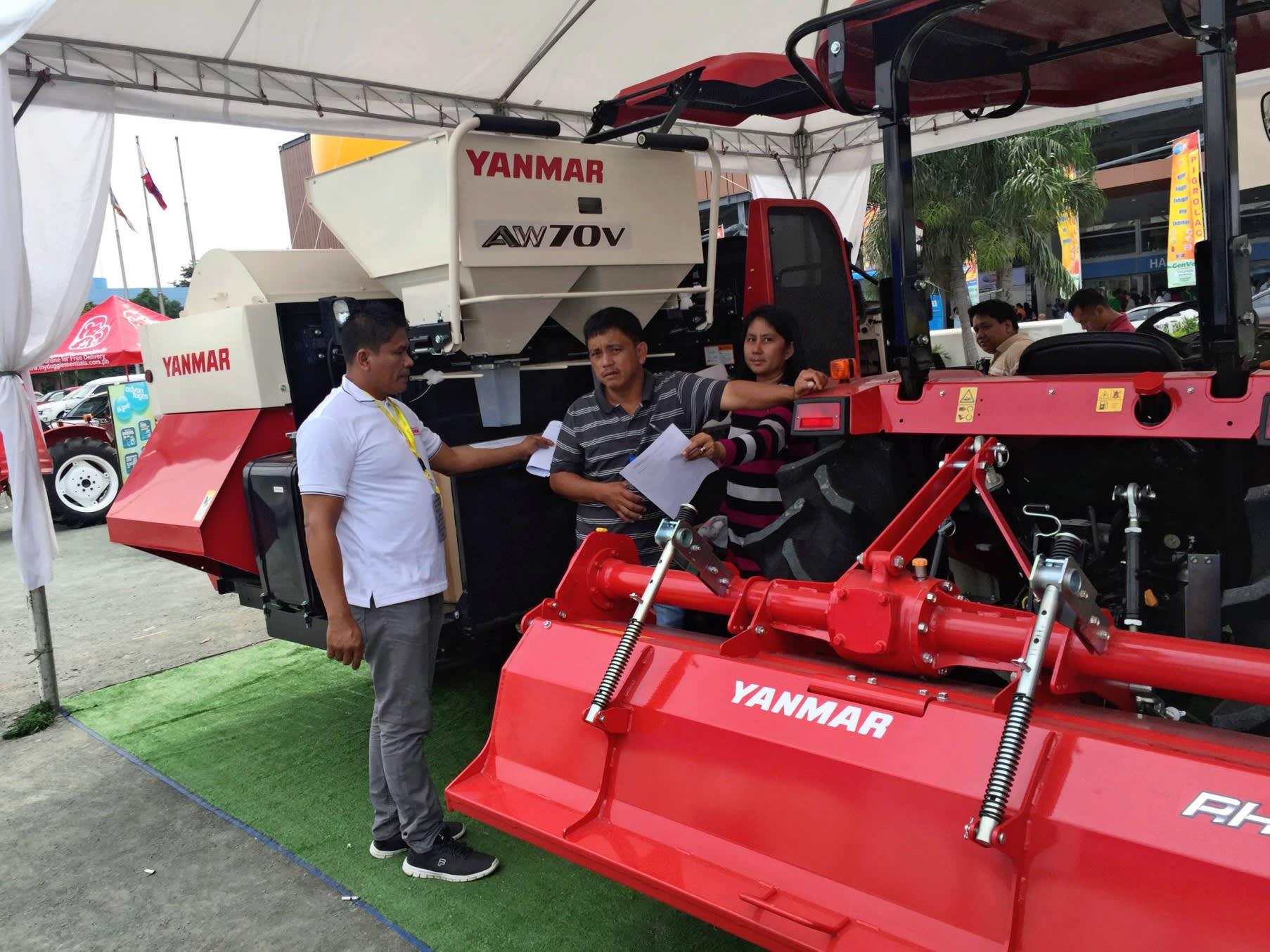 Yanmar farm equipment at an exhibition in the Philippines.
March 18, 2016 02:00 JST | Japan
CopyCopied

In Thailand, the company will start selling all-purpose combine harvesters next fiscal year. It will also increase the number of exclusive distributors by 70% to 100 by fiscal 2020 and dispatch staffers to train technicians. Yanmar now controls less than 10% of the Thai market -- a far cry from the nearly 70% claimed by compatriot Kubota.

Thailand has many businesses that specialize in harvesting, and they use farm equipment throughout the year. Yanmar will differentiate itself by developing durable special-purpose machinery. It also plans to boost tractor output by 170% to an annual 16,000 units.

In Vietnam and the Philippines, Yanmar established sales companies in the 2014-15 period. It will quickly set up scores of outlets in each country.

The company will also boost its name recognition through soccer partnerships. It has signed deals with the Vietnamese, Cambodian and Laotian national teams, as well as a Thai professional team. In Thailand, Yanmar will sell tractors bearing British soccer powerhouse Manchester United's logo starting this spring.

The Asian farm equipment market is expected to grow to 15 trillion yen ($134 billion) by 2023 -- more than double its size in 2013. Lightweight, easy-to-use Japanese offerings are highly sought after in Southeast Asia, a region with many rice paddies. With U.S.-based Deere & Co. and Dutch manufacturer CNH Industrial specializing in large farm equipment, Yanmar sees a chance to get a jump on Western competitors in the Southeast Asian market.

Yanmar now ranks sixth or seventh worldwide in farm equipment. It plans to increase the overseas sales ratio from 30% to 50% in four years.