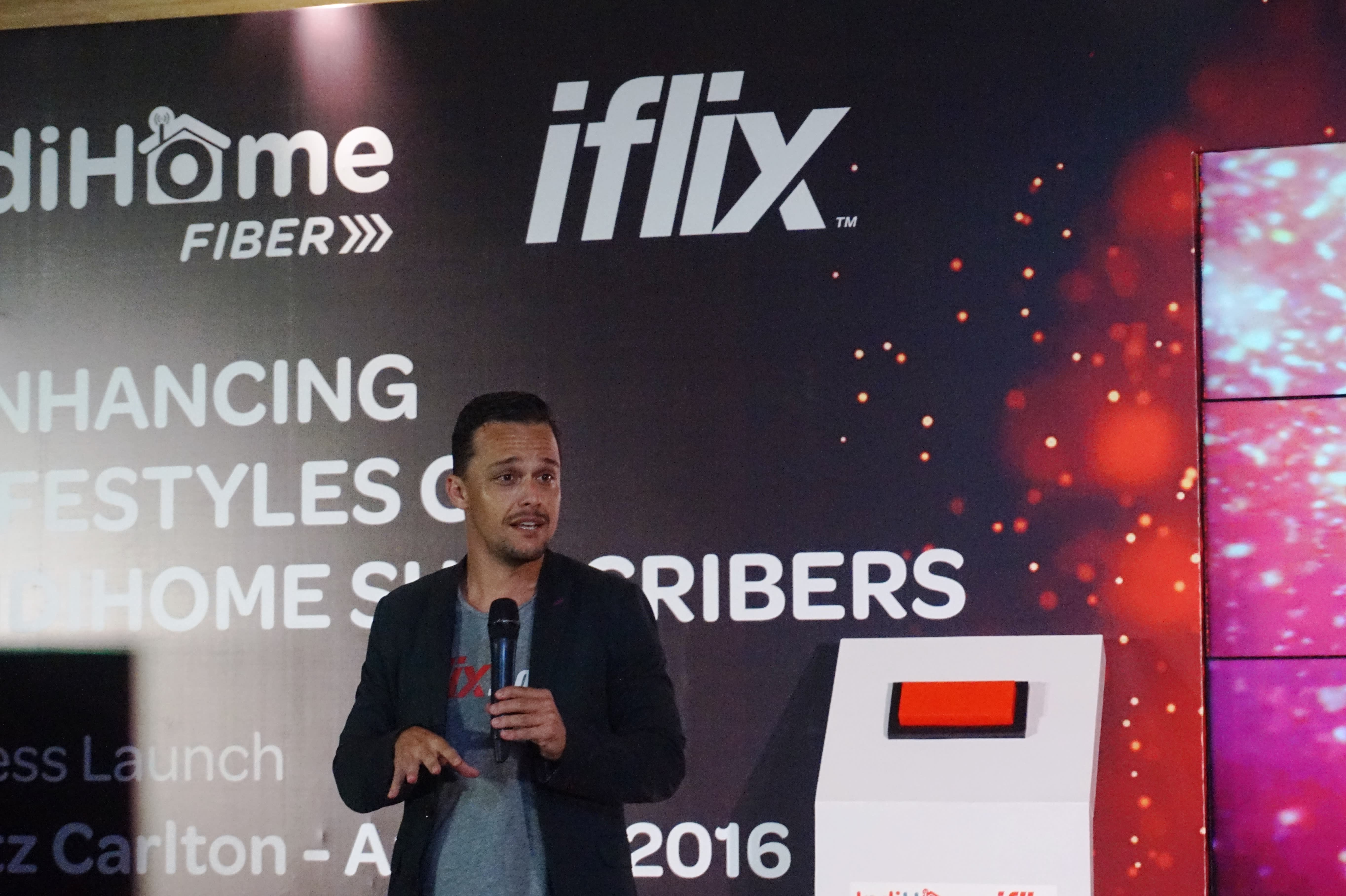 JAKARTA -- Malaysia-based iFlix on Tuesday said it will launch its online video streaming service in Indonesia by June in partnership with state-owned telecommunication company Telekomunikasi Indonesia,commonly referred to as Telkom.

iFlix streams 20,000 hours of movies and television programs. In Indonesia, the service will initially be available only to subscribers of IndiHome, Telkom's home broadband Internet and pay-TV service. Subscribers will be required to sign up for iFlix through IndiHome's smartphone app.

Founded in 2014, iFlix has been rolled out in Malaysia, Thailand and the Philippines. At a signing ceremony for the new partnership, co-founder and CEO Mark Britt said Indonesia is "the most important market for us in the world" due to its large and young population and its increasing demand for online content.

Competition is heating up in the on-demand video streaming market. By launching in Indonesia, iFlix follows in the footsteps of Singapore-based HOOQ, a joint venture between Singapore Telecommunications, Sony Pictures and Warner Bros, earlier in April. U.S.-based Netflix was also made available in Indonesia in late January, although Telkom has blocked it from its network.

In an interview, Britt said the company is able to provide more attractive deals by working closely with telecommunication companies. iFlix also partners with a number of other companies in the region, including Philippine Long Distance Telephone, Telekom Malaysia and Thailand's True Corp. "In the partnership between the entertainment business and telecom business, you can solve many of the challenges that have prevented Internet services in emerging markets."

Britt added that they have plans to introduce the service to non-IndiHome subscribers in Indonesia but declined to give further details.