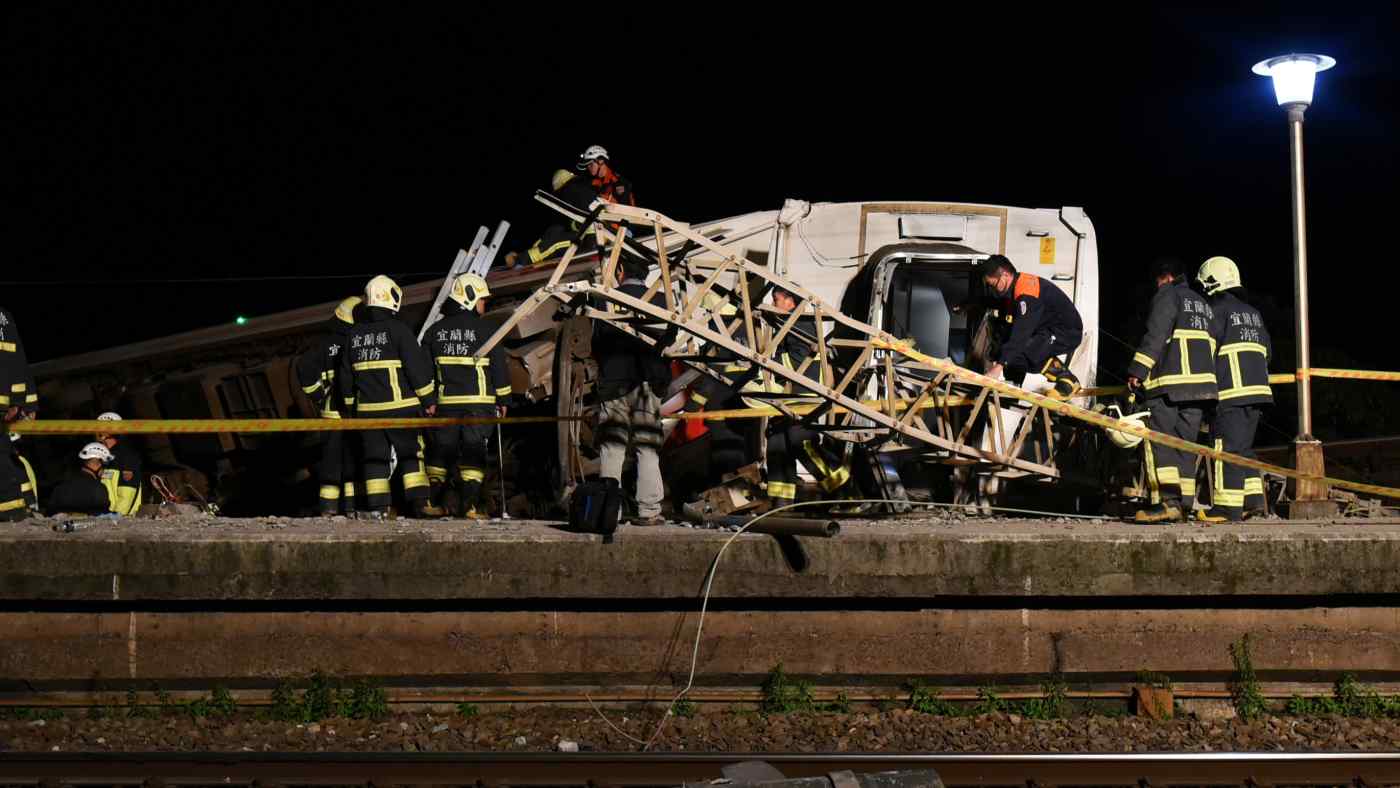 TAIPEI (Kyodo) -- Eighteen people died and 160 were injured when a train derailed Sunday afternoon in northeastern Taiwan, according to authorities.

Five cars of the eight-car Puyuma Express 6432 derailed shortly before 5 p.m. between Dongshan and Suxin stations in Yilan County in northeastern Taiwan, according to domestic media reports.

Some 310 people were aboard the train bound for Taitung from New Taipei, and an estimated 30 to 40 people were trapped in the wreckage, reports said.

A child aboard one of the cars that did not leave the tracks was quoted as saying that the train had braked hard immediately before the derailment.

But the precise cause of the derailment is not yet known.

The train was operated by the Taiwan government-run train system and its cars, purchased from Nippon Sharyo Ltd., a leading Japanese manufacturer of railway carriages, entered service in 2013.

Taiwan President Tsai Ing-wen has ordered 120 military personnel to the area to assist with the rescue and recovery operation.